After two years away, the "Feel So Good" boy band returned stateside for its most mature show to date—much to the delight of their dedicated fans 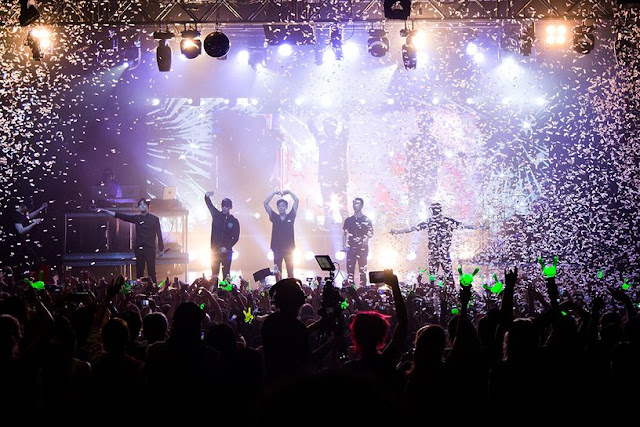 It's been only two years since B.A.P last visited New York, but it was clearly too long for the fans who filled Playstation Theater near Times Square to see the K-pop boy band again.
The April 25th show was one of nine North American dates on the band's Live on Earth world tour—B.A.P's largest stateside trek to date and their first since returning from a lawsuit battle with their record label that put the group's future limbo and their careers on hold. The two-year gap equals a lifetime in the quickly moving K-pop industry, but time appears to have been good to the six-member act, as the concert showed impressive growth and evolution—much to the delight of their devoted fans, known affectionately as Babyz.
Backed by a percussionist and DJ, B.A.P opened the show with their debut single "Warrior." The song was originally released in 2012 (with the band sporting matching blonde locks and a heavily put-on swagger), and while it retained nearly all the same choreography from its original release, the performance felt stronger and more powerful than those in the past. The boys moved with military-like precision among their backup dancers and effortlessly pulled off an intense dance break.
The performance continued with early standouts including "What the Hell," and a mashup of "No Mercy"and Queen's "We Will Rock You," where the guys gave off a more polished sense of cool as they bobbed their heads to the beat and focused more on freestyle moves onstage instead of group choreography. "Feel So Good" and "Carnival"—both off their latest EP named after the latter track—also brought that same sense of sophistication, but paired it with the sextet looking like they were genuinely enjoying themselves as they glided through the slick, funk-inspired cuts. 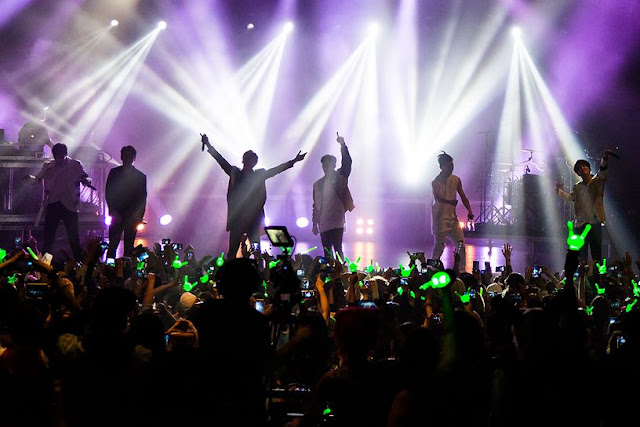 The night's solo stages also emphasized a newly matured B.A.P: The group's youngest member, Zelo, delivered a dance medley featuring tunes from The Weeknd, Flo Rida and Zayn Malik that would make a top voguer gasp (and had the room shrieking) while Youngjae's ballad performance was a nice reminder of his emotive vocals. Even though Jongup's was one of the most "boy band" moments of the show (the 21-year-old did a typical singer sings a tender love song from a chair before melodramatically belting on their knees), it did spotlight his growth as a vocalist. 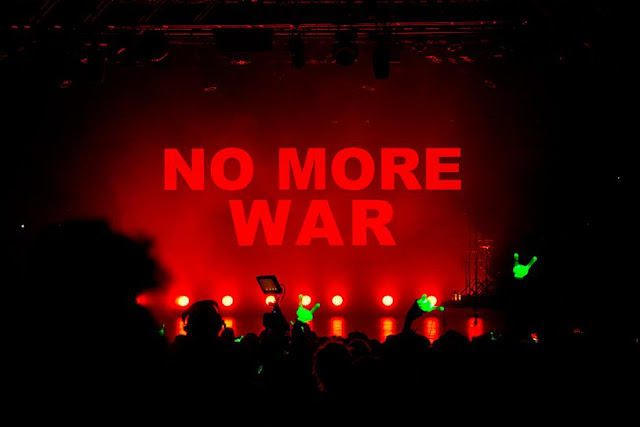 But perhaps the best indication of B.A.P's growth came during "One Shot," which was preceded by a video montage listing all the wars on Earth since World War I. All of a sudden, "One Shot" wasn't about encouraging youth to prove themselves, but a larger statement for those affected by war and how those on the outside can, as the lyrics state, "Shine the light like Martin Luther King." B.A.P was incorporating larger social messages into their music long before fans started seeing it become a larger norm in the K-pop scene, but their declarations rang louder than ever during the show.
B.A.P also showcased more polished (or better-rehearsed) English when speaking with the crowd, but their goodbyes may best indicate why their fans have remained so loyal. "I apologize we're only here a short time," Zelo said via an English-speaking translator when they said their goodbyes in Korean. "But I promise we'll be back for another amazing performance."
And if the multiple explosions of confetti into the crowd throughout the show weren't indication enough, B.A.P's New York show was cause for celebration. The group proved to have a dedicated-as-ever fanbase that will still pack the room and scream as loud as ever even with a their most mature showing to date. The group was clearly feeling the energy, having a blast during jams like "1004 (Angel)," "Young Wild & Free,"and "Bang X2," the latter track which closed the show as an appropriate final encore song with its metal-inspired production. It's a track that proves how B.A.P can go to different places, whether that be sonically or elsewhere, but still have the audience screaming along just the same.
© 2016 FUSE
Posted on Friday, April 29, 2016