Written by Jeff Benjamin
Photos by Jatnna Nuñez for Fuse

Before slaying the stage for the NYC date of their 'Live on Earth' world tour, the boy band opened up to Fuse about their passion to meet new fans, staying healthy and love of deep dish 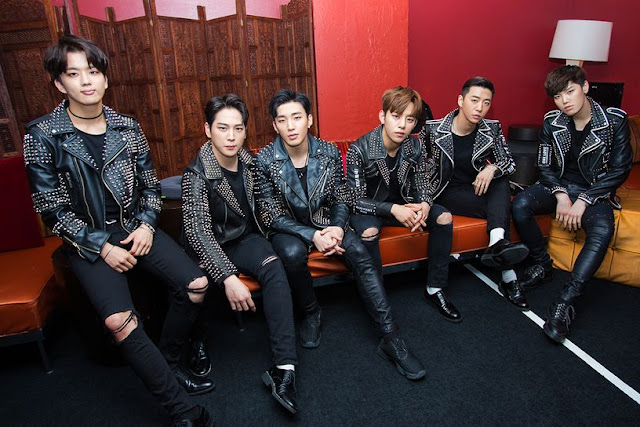 Earlier this week, B.A.P returned to New York City for their third concert in Times Square's Playstation Theater since debuting in 2012. While one would think they'd find the venue comforting, the boy band expressed a nervous excitement ahead of the show, which was the seventh North American date in their current 'Live on Earth' world tour.


Before the boys proved how much they've grown since their last NYC show two years ago, the group's Yongguk, Himchan, Daehyun, Youngjae, Jongup and Zelo spoke to Fuse exclusively about their current tour, future music plans, friendship and more. Read on for the exclusive interview with backstage shots.

It's your first show in New York in two years! What goal do you have tonight?
Jongup: We're speechless, that's how excited we are. It's been two years, so we were a little worried, but after hitting the six cities, so far, we've now become really excited.
Daehyun: We were worried at first, but once we landed in the States and we started doing the concerts and interacting with fans, we got really excited to see their reactions. The fact that they've been waiting for us encourages us to try to give a better result for the fans and a better stage performance. That's our goal.
What new things did you bring to this tour that we haven't seen in the past?
Daehyun: We prepared a lot of solos, which is different from the other tours. Each member has a different song and we perform them on different concert dates. We're also performing new songs from our newMatrix and Carnival albums. 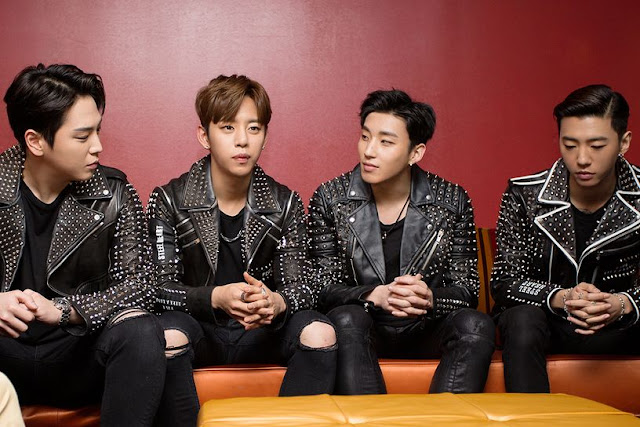 This is your biggest world tour yet with more U.S. dates than ever. How do you make sure you stay healthy and rested? Himchan: We eat three meals a day, in every city, and we usually have a good night's rest at the hotel. We take walks and work out constantly too.
What's the best food so far?
All: Chicago pizza!
Jongup: I like Chicago pizza. We love deep dish.
You're not only going to new North American cities like Atlanta and Toronto, but also new international cities like Milan and Warsaw. What are you hoping to experience as a group?
Daehyun: Since we have a lot of memories in the U.S., we really want to make new memories with the new fans and we're really excited about meeting them.
Himchan: We made it a priority to make new memories with new fans in the States and the new countries.
You released your Matrix and Carnival EPs in the last couple months. How do these new releases compare to past B.A.P music?Himchan: Yongguk produced the albums, but with these last albums, each of the members really got to give their own input. They're really more complete albums since everyone contributed. We also did most of the choreography this time.
What was it like choreographing? Was that the first time?Zelo: It was my first time choreographing as the artist. We love dancing, but it was our first time choreographing a whole song. We both tried to add in our unique qualities and mix it with B.A.P's choreography styles, so we think the turn out was really good. We're really excited about that.
Yongguk, you always did a lot of the music production, but what's been the process like when all the members involved? Yongguk: Having someone who writes and produces in the group is a very strong and positive aspect for us so we can get everyone's personal ideas together and figure out how to turn it into music. 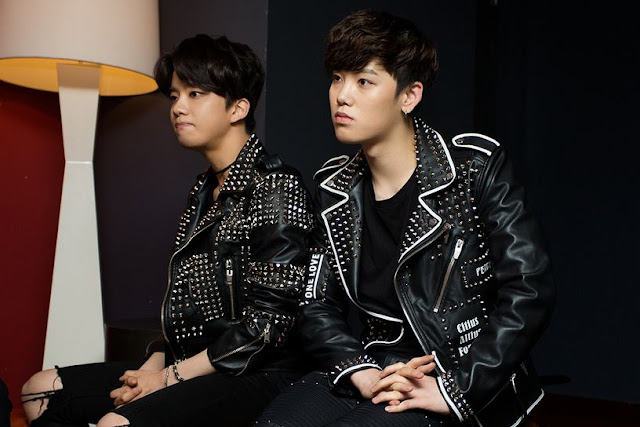 It wasn't that common in the past, but more idol groups are producing and writing their music today. Who do you think are B.A.P's rivals now?
Daehyun: We consider all of the artists we've been promoting alongside somewhat as rivals, but we really see them as separate artists since they all have different and positive qualities. We learn from their choreography and their songs, so it's more about a good relationship with all of them.
And how your relationships with one another grown since, say, the last time you were in America? Himchan: It's exactly the same, actually.  The teamwork has always been there so there really isn't anything to improve because it was always really strong.
Looking forward, what else is coming up for B.A.P? Any plans for future albums, units or solo projects?
Daehyun: Right now, we're trying to get more albums out that are more complete like we were saying earlier. Afterwards, we're trying to think of more things for fans like solos or—well, we don't know what's going to come next, but do want to tell them to look forward to it.
So, maybe another full-length album?
Group: [Discussing with manager] High possibility.
You've done so many different looks, genres and concepts so far. Is there anything you still want to try?
All: We like Yongguk's style!
Yongguk: I want the members to sky dive in the next music video [Laughs.] It'll be an extreme concept.
To say goodbye, is there a message you'd like to tell the fans right now?
Jongup: Thank you for always waiting for us and always being there for us. We'll keep continuing on tour, we will come back to meet you guys all the time and give you our best with our concert and with our stages. If you could just wait for us, we'll continue showing different and better sides of us. 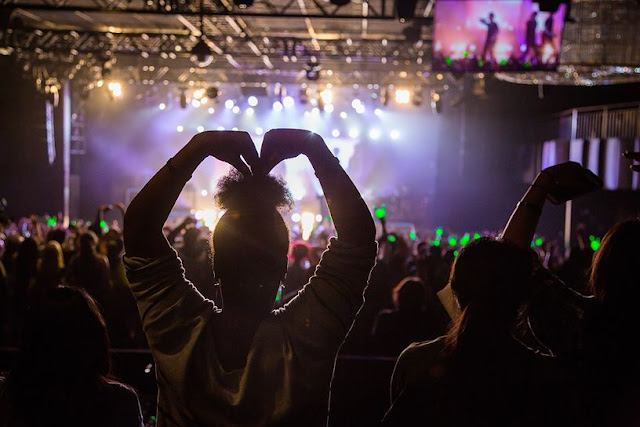