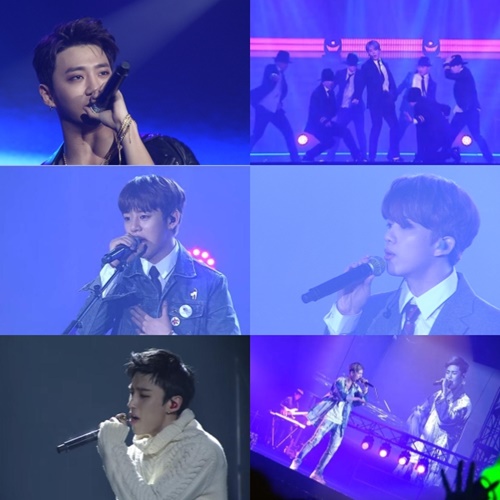 The group members performed solo stages during its concert ‘‘B.A.P LIVE ON EARTH 2016 WORLD TOUR SEOUL AWAKE!!’ held on February 20 and 21. The highlight video of the members’ solo stages was unveiled through TS Entertainment’s official YouTube channel and the video started with Jongup’s sweet voice. From the video, Himchan performed S.N.S included in the group’s first full-length album First Sensibility and Bang Yong Guk featured the rap of his song. The scene of Deahyun performing Shady Lady, Youngjae performing My Dear, Don’t Worry, which includes the lyrics that he wants to say to his fans and youngest member Zelo performing his self-made solo song Blessing were included in the video.Jongup’s solo song Now, which used as a background music, is receiving positive response from people. Many fans even requested him to release the song. An attractive voice of Jongup and sweet lyrics are drawing the listener’s attention.Meanwhile, B.A.P will start its world tour ‘B.A.P LIVE ON EARTH 2016 WORLD TOUR’ in the middle of April. It will hold its concert in 16 countries starting from San Francisco in America, Canada, Mexico, Italy, Finland, England, Poland, Germany, Russia, Taiwan, Australia, New Zealand, Japan, Thailand and Singapore. ©Mwave ENews World
Posted on Wednesday, April 06, 2016