B.A.P's 'Excuse Me' Makes Fan Club Members 'So Proud To Be A Baby' 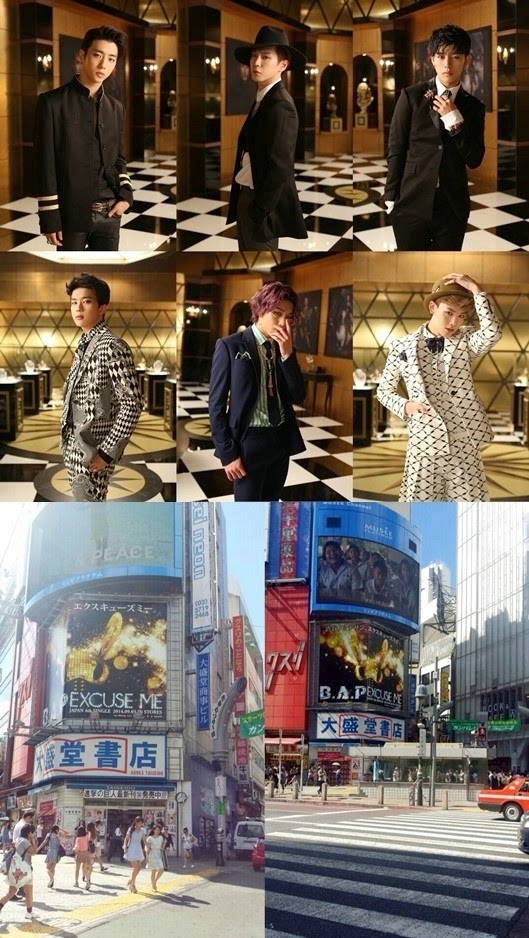 The craze over idol group B.A.P's fourth Japanese single "Excuse Me" has yet to end, despite the track's release nearly a month ago.
"I want to cry, actually I get teary but try hard not and it's a good crying situation. How can I not be so damn PROUD to be a Baby? To watch them all the way from 'Ta-Dah It's Bap' days all the way through their comebacks and tours, like this 'Excuse Me' video now. My heart is so full and happy," commented YouTube user LuminousLilith on the BAPofficialJP page.Along with taking top three slots on the Tower Records Sales Chart, B.A.P also ignited the passion of the K-pop group's fan club, Baby, with the release of their Japanese track.
Another user of the video-sharing site, hanny azman, added, "Beautifully said. I feel truly proud to be a part of baby too. Just can't stop loving them."
B.A.P was able to experience the anticipation surrounding "Excuse Me" during their recent tour in Japan when they announced that their fourth Japanese single would be released.
"It was very emotional. Japanese fans sent us their support on SNS, seeing their messages that they like this song, we were very happy. The feeling that we wanted them to hear a new 'Excuse Me' as soon as possible was very strong," stated B.A.P member Dae Hyun during an interview with the media outlet Bapyessir.
B.A.P held a live-performance event at the Lazona Gawasake Plaza's Grand Stadium in Japan to further interact with fans and celebrate the release of "Excuse Me" , according to the Korean publication Naver.
The members of B.A.P plan to power through and continue releasing music now that promotions for "Excuse Me" have come to an end.
"It is important to have a goal and move towards it, but more than that [it's important] not to forget your original intentions, to each do our best, and work for a long time," stated Him Chan.
© 2014 KpopStarz