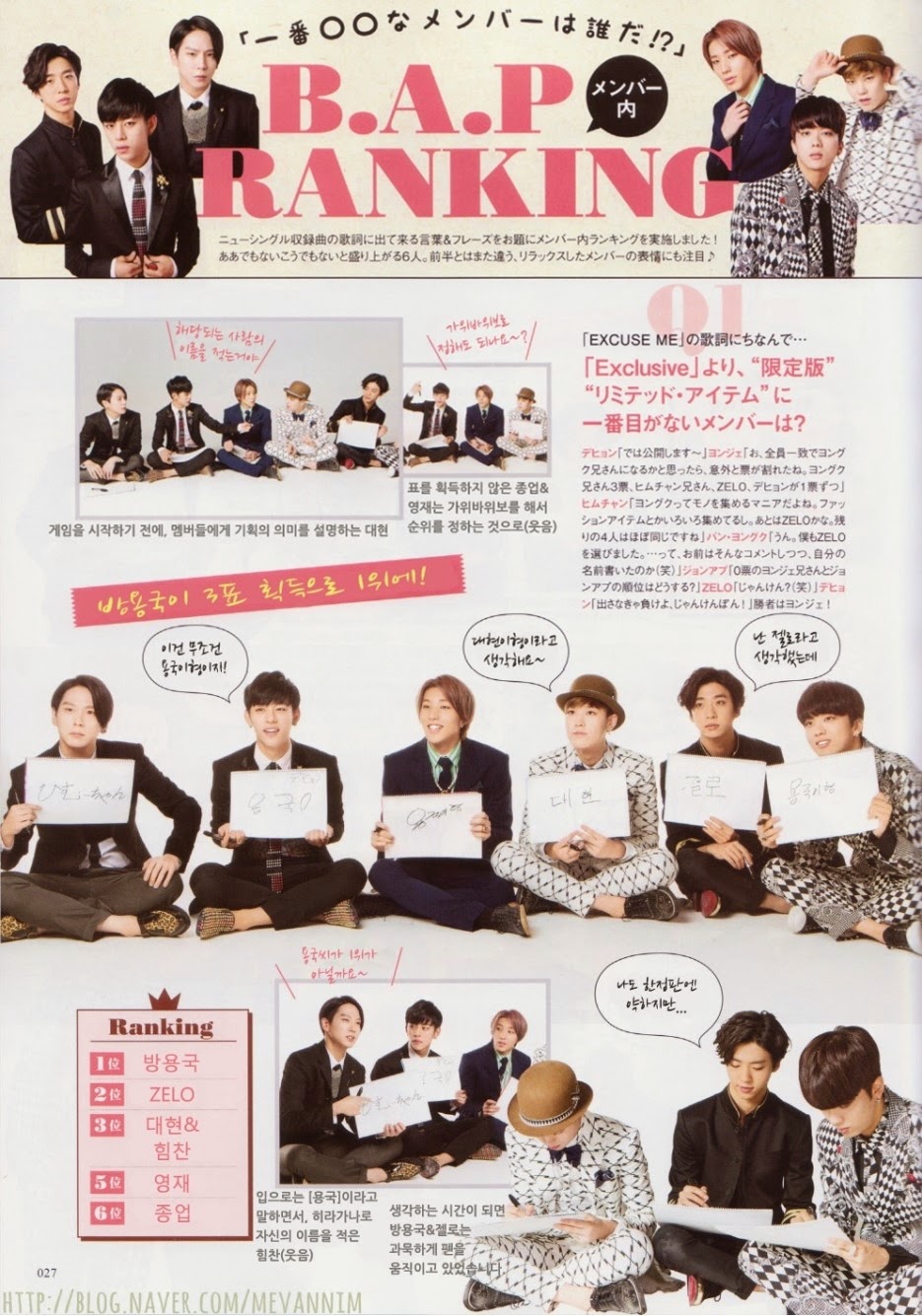 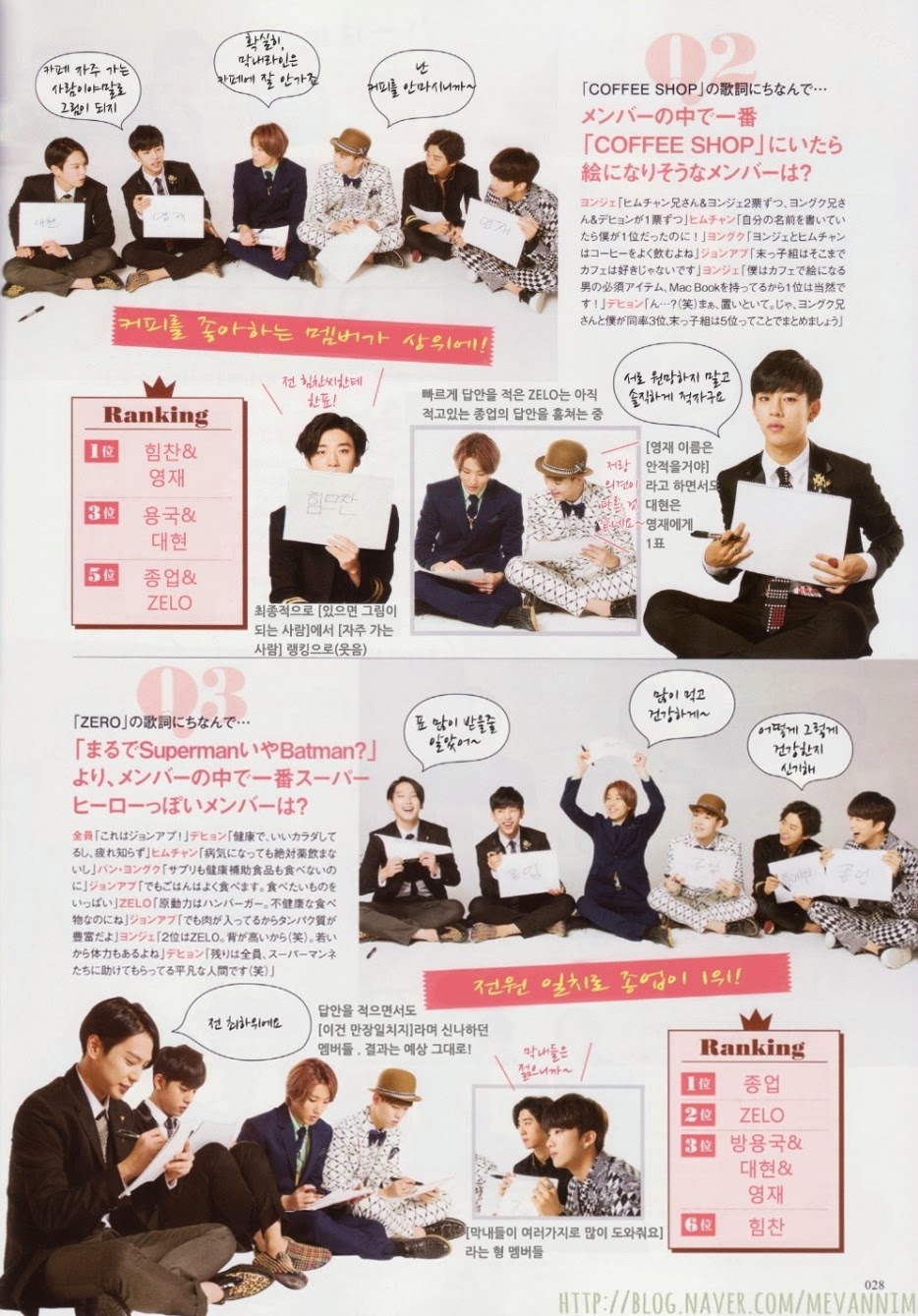 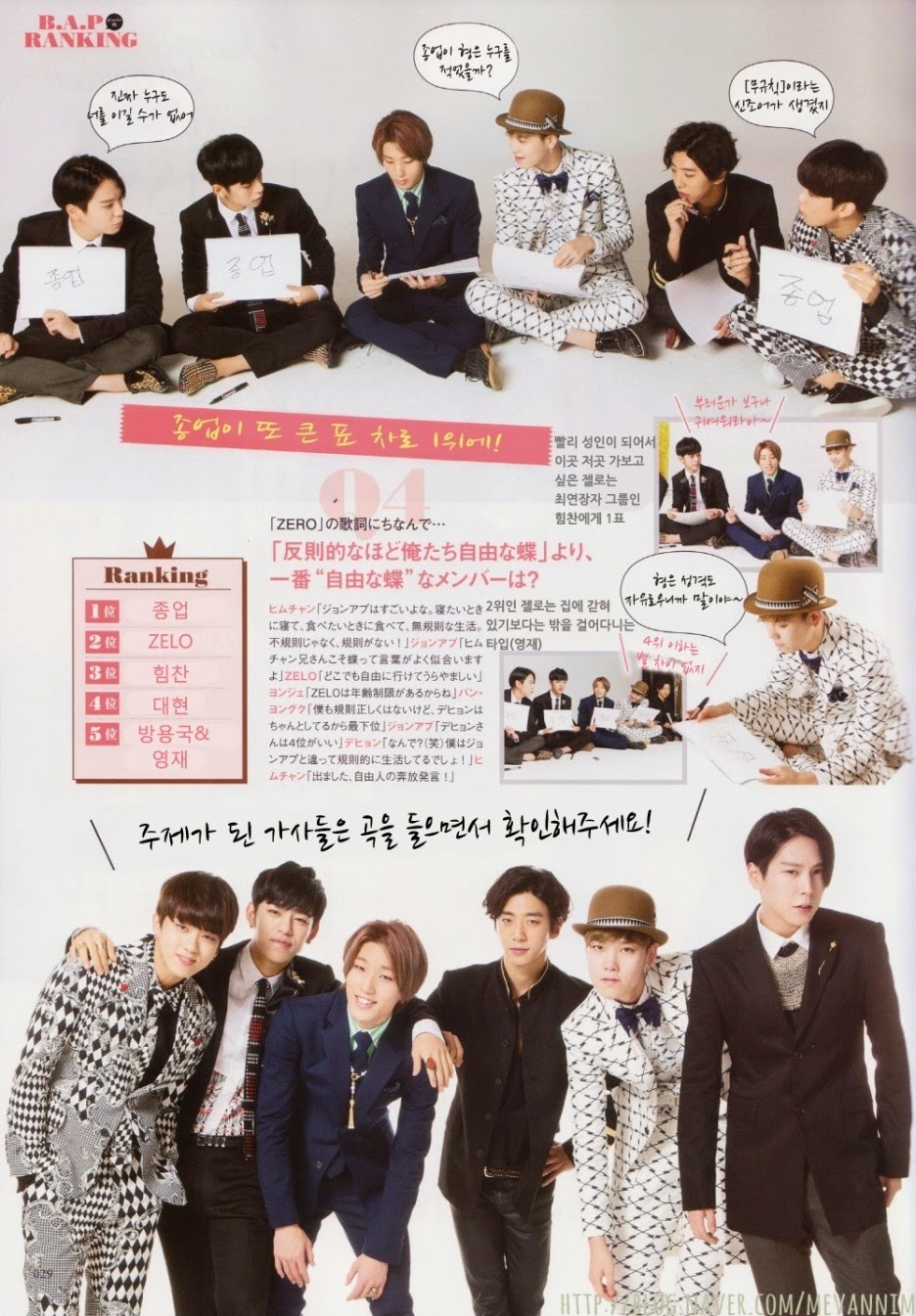 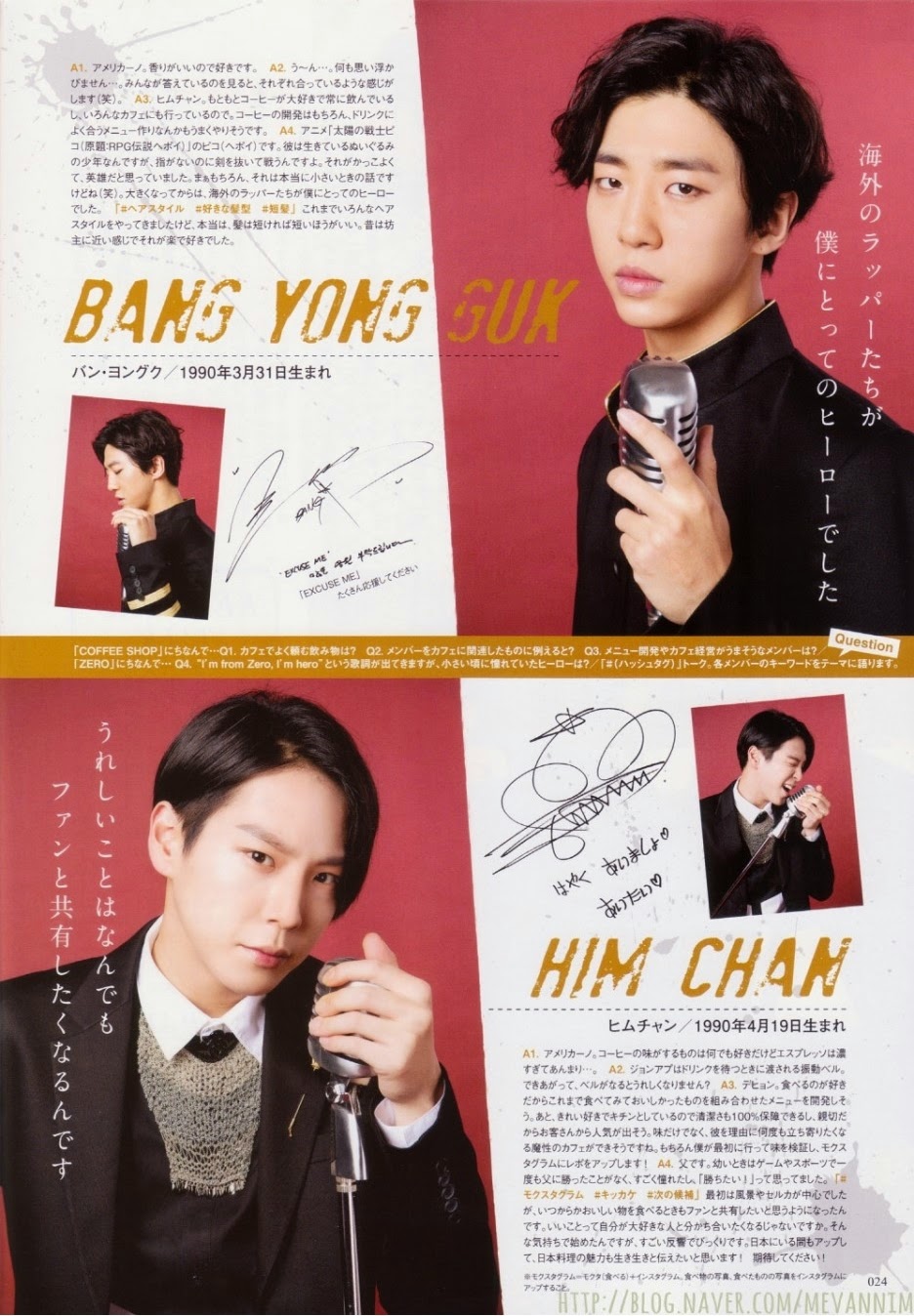 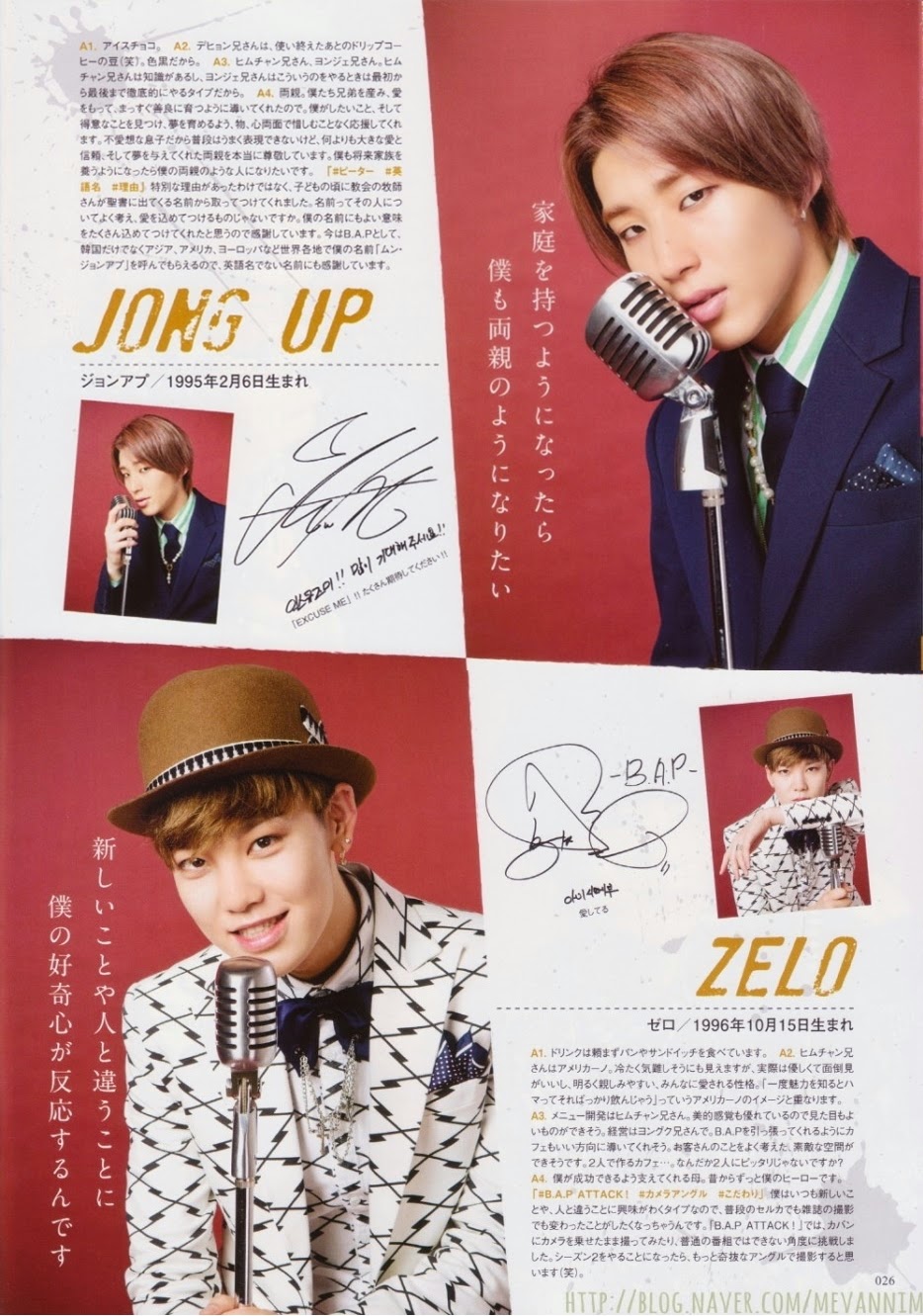 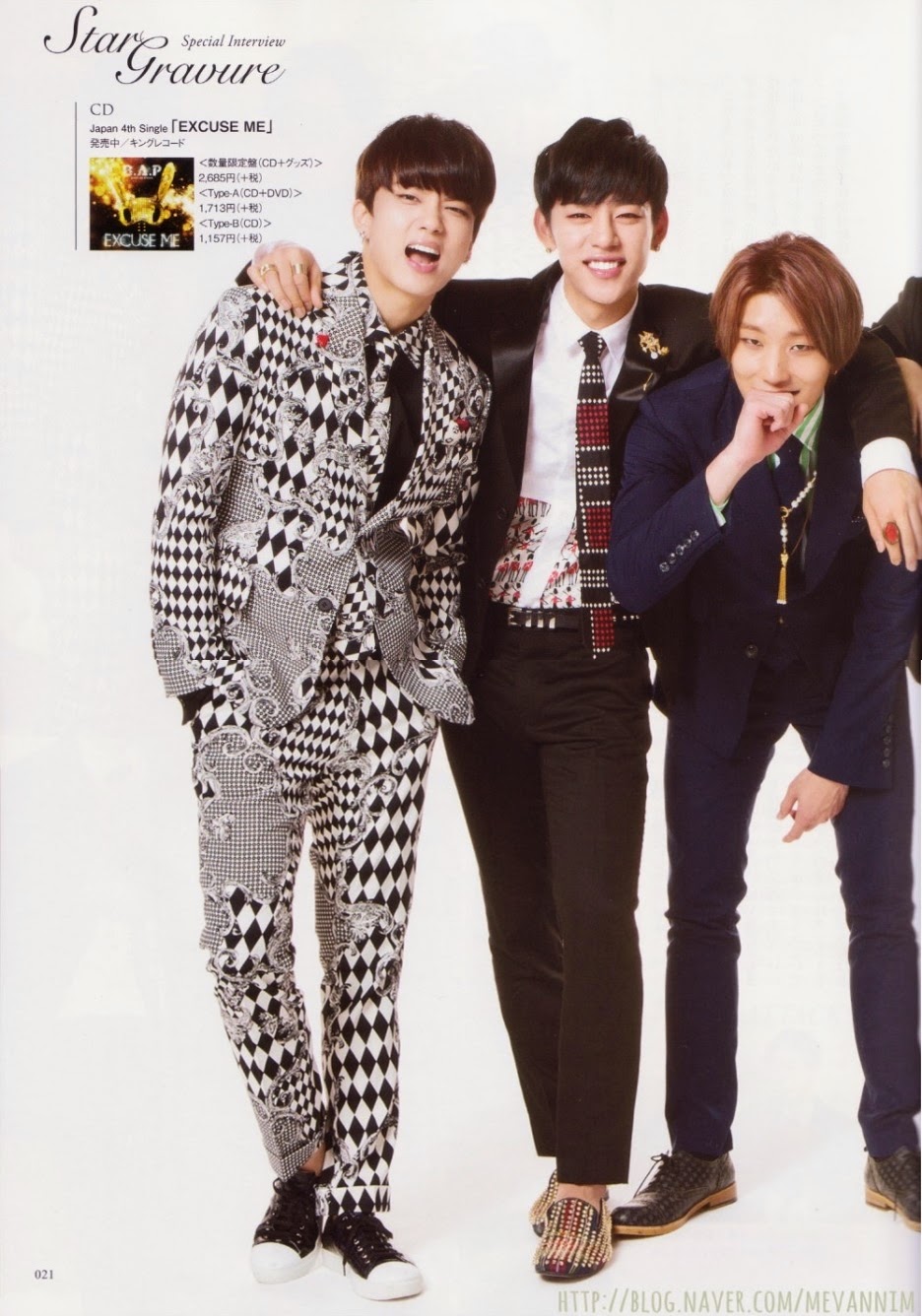 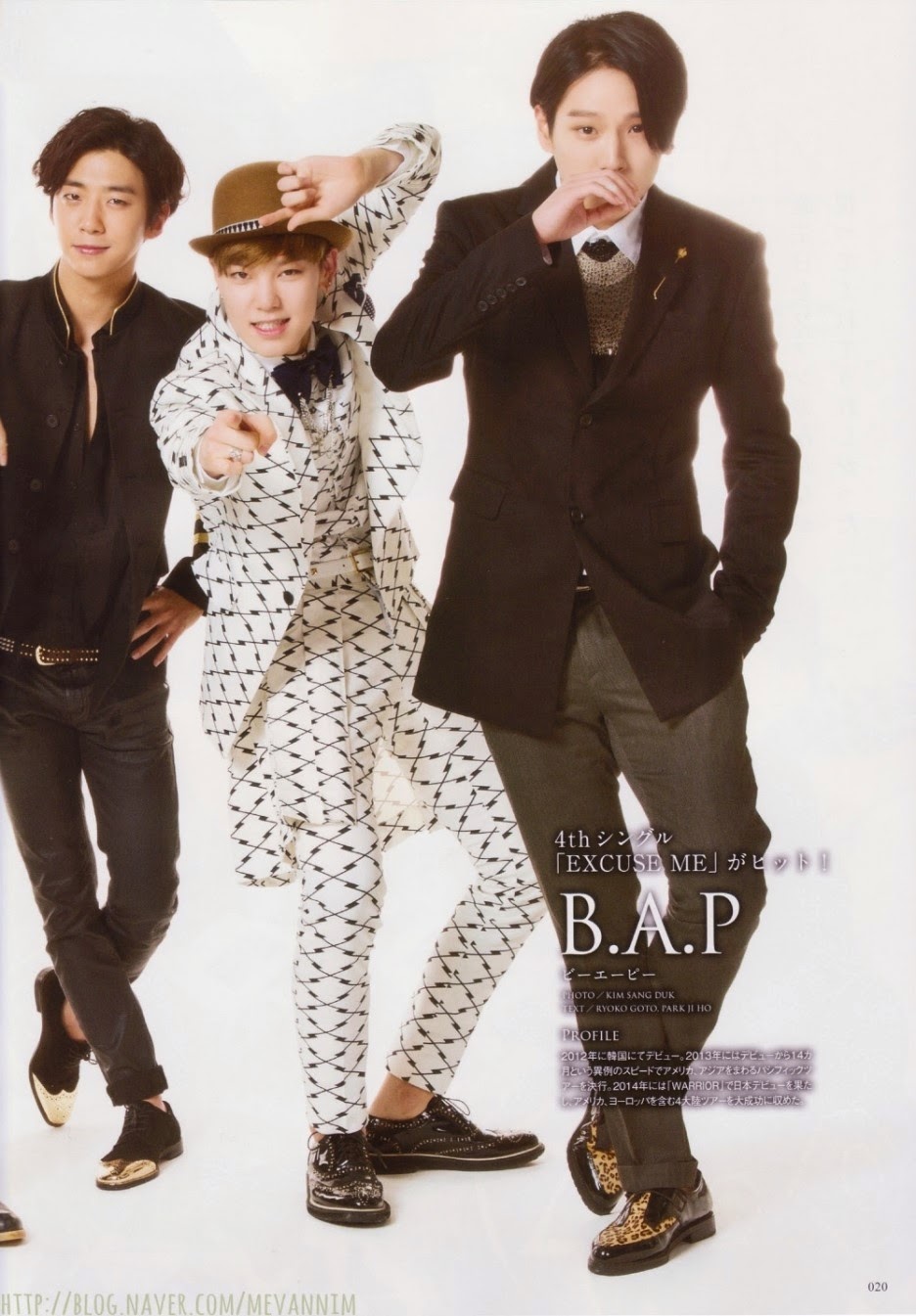 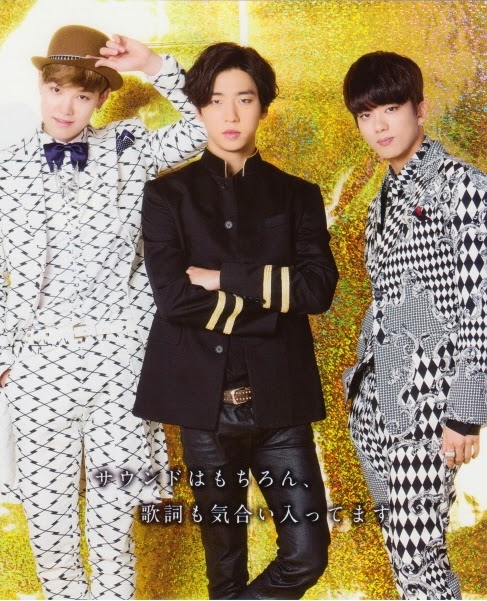 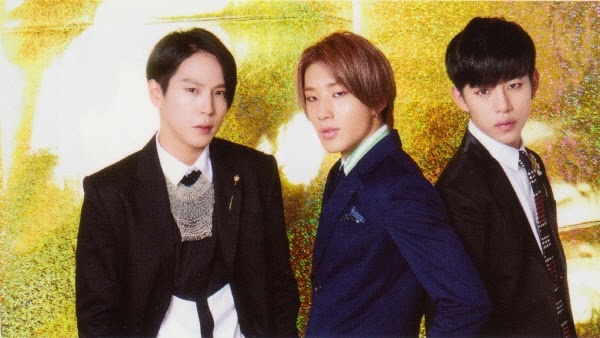 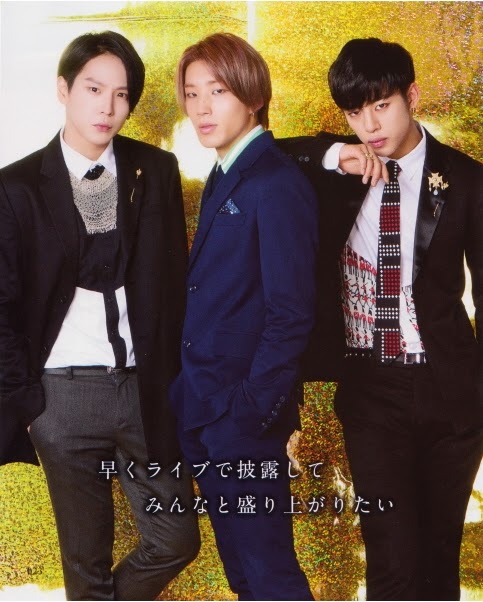 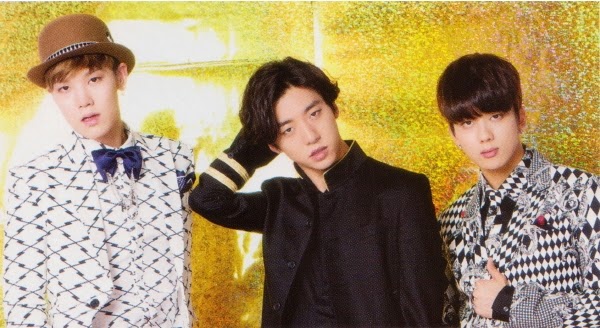 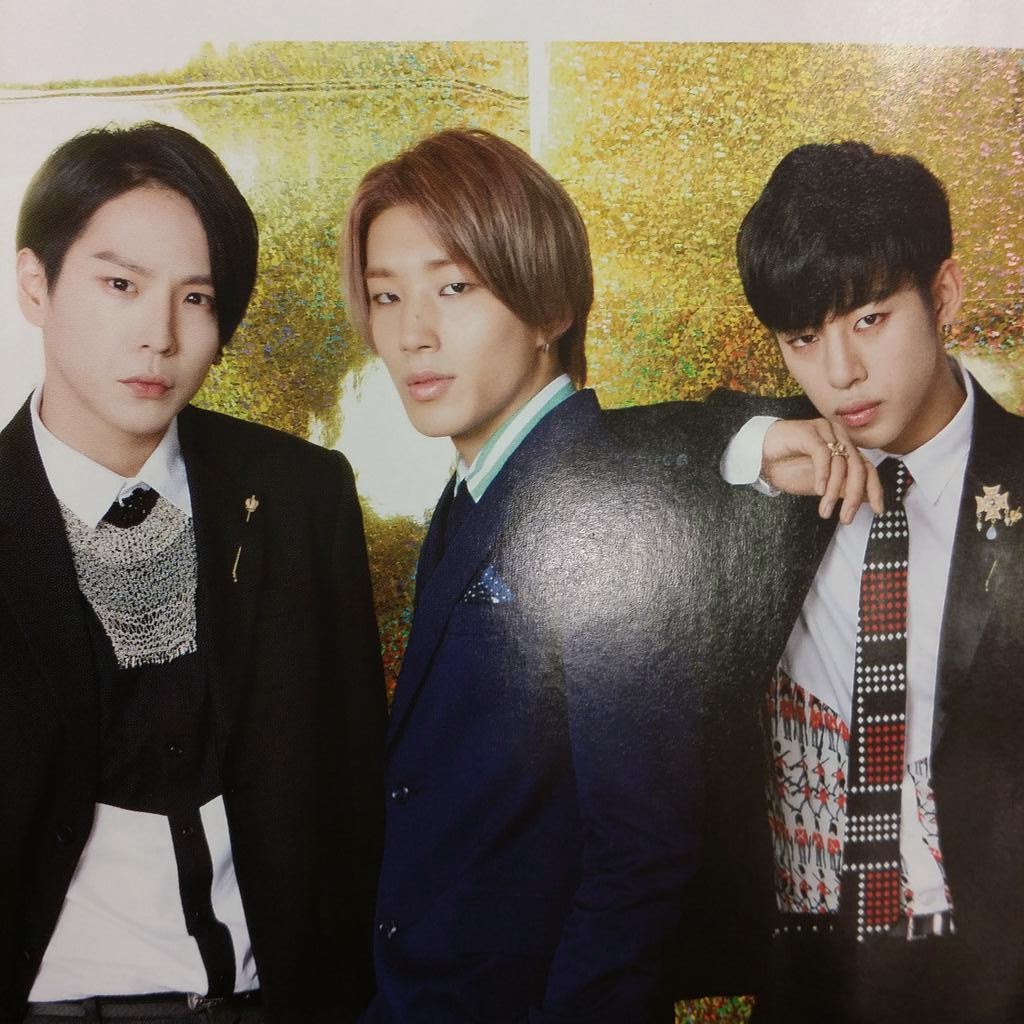 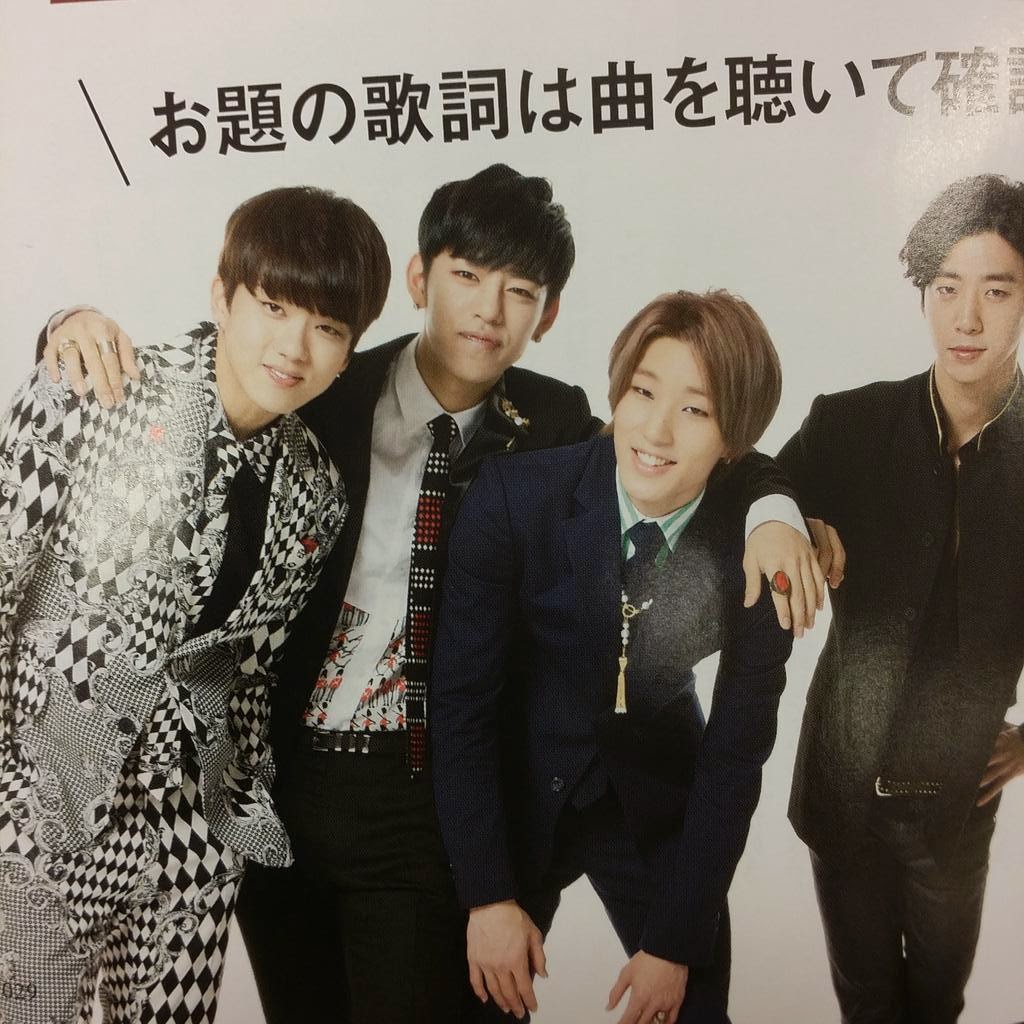 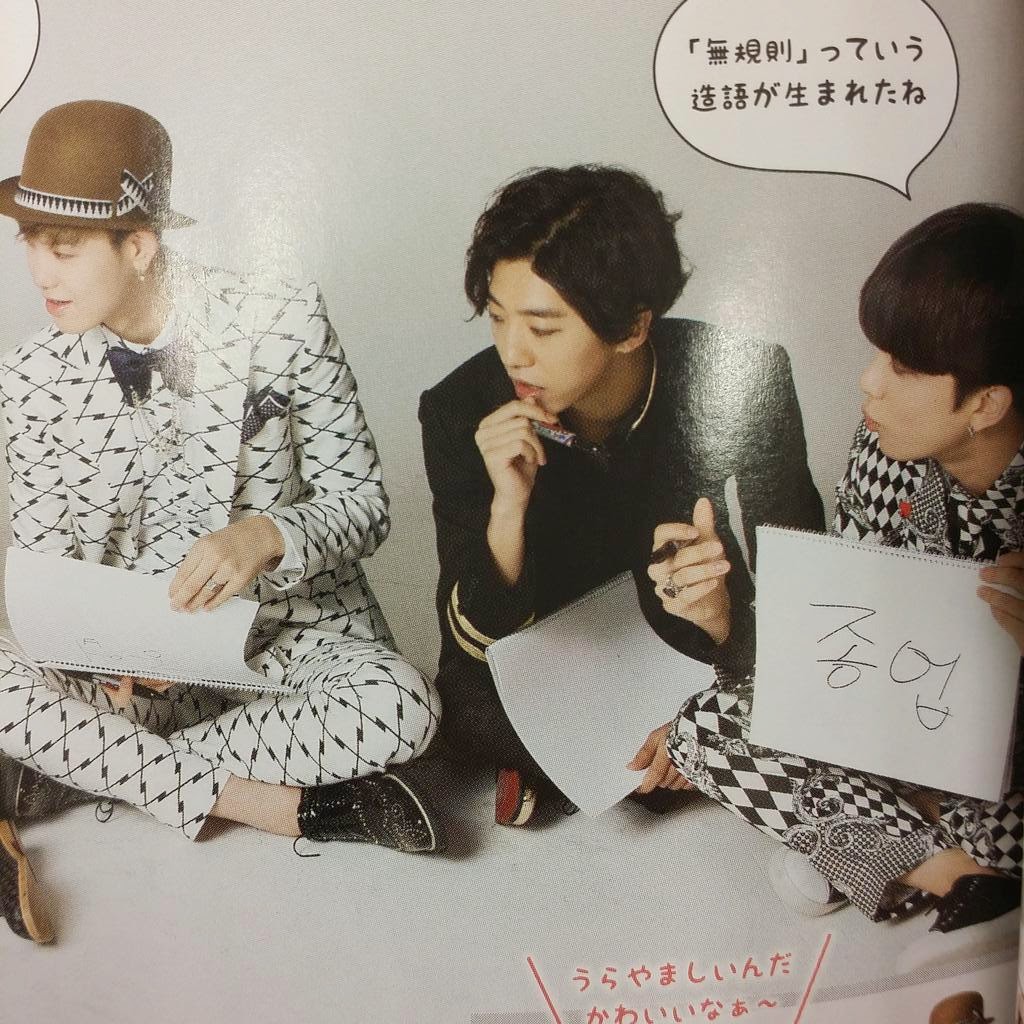 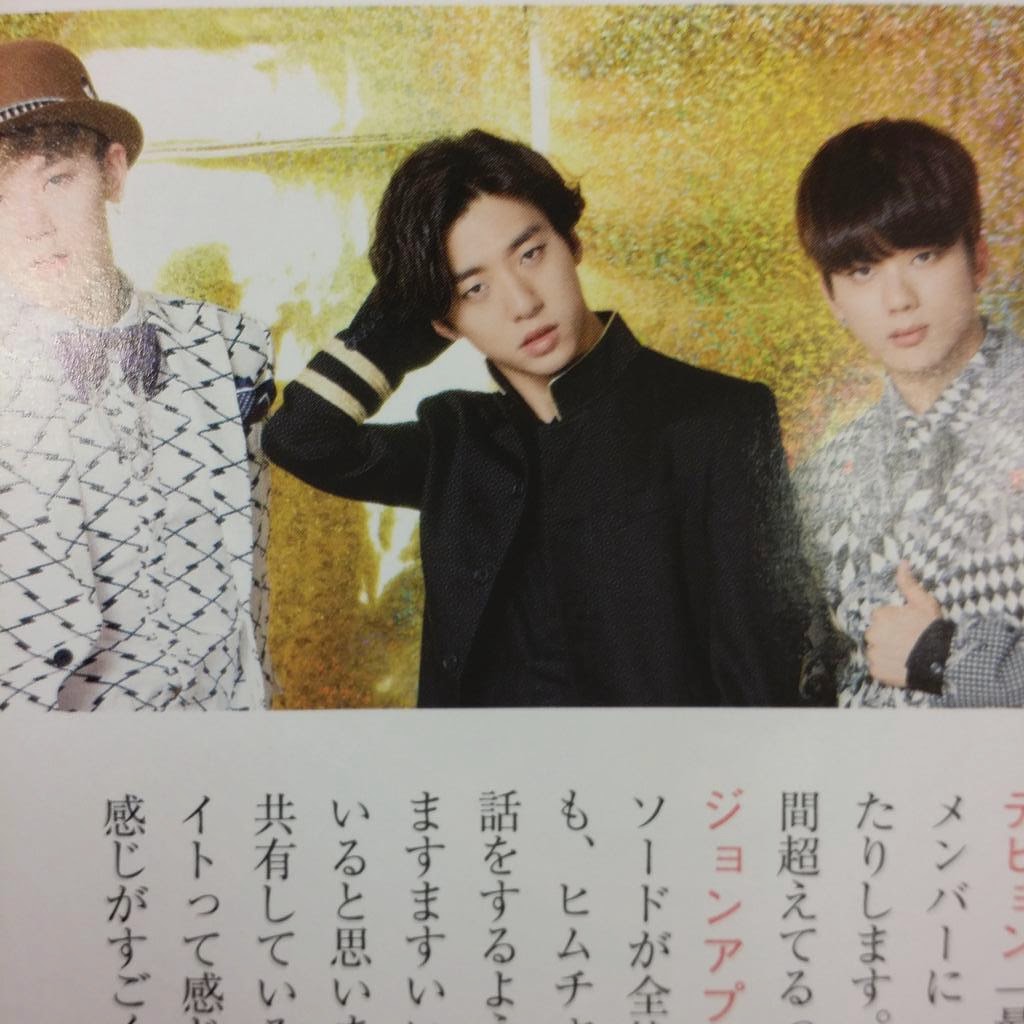 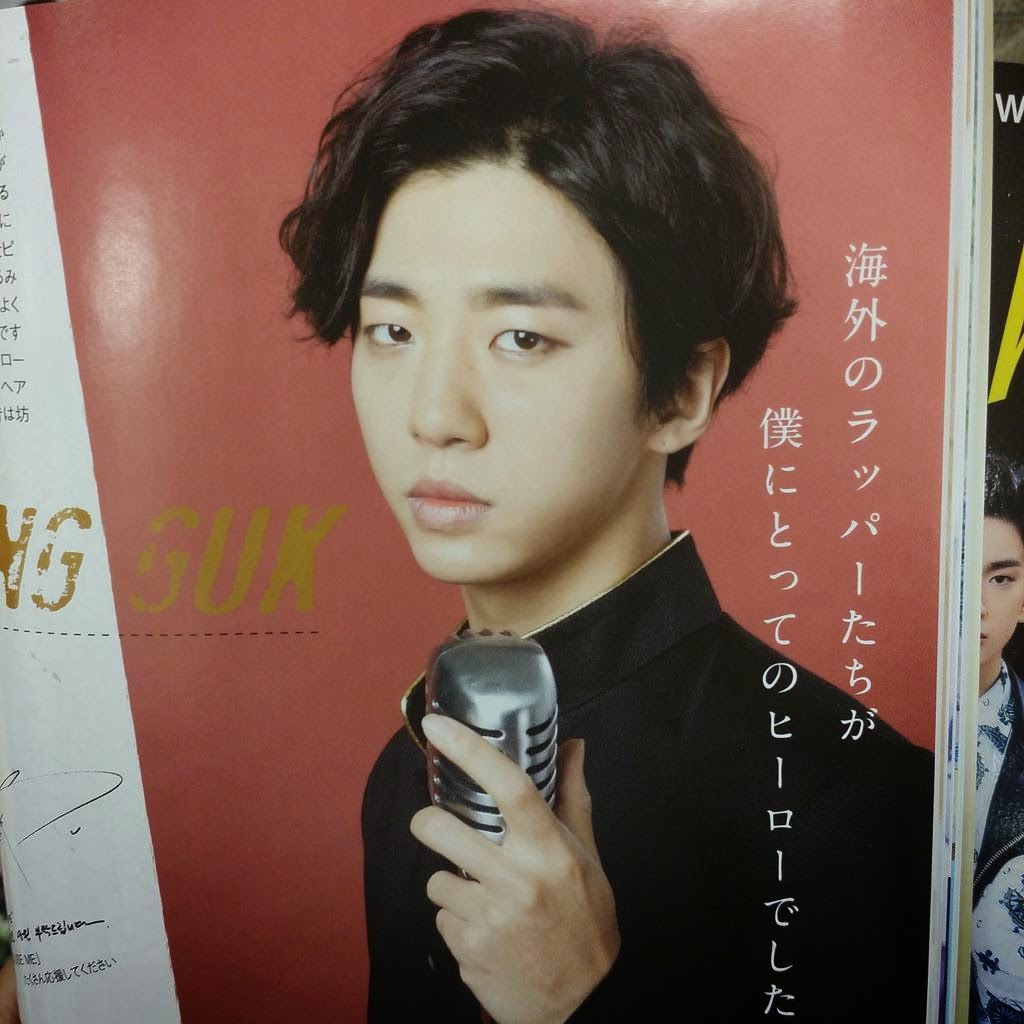 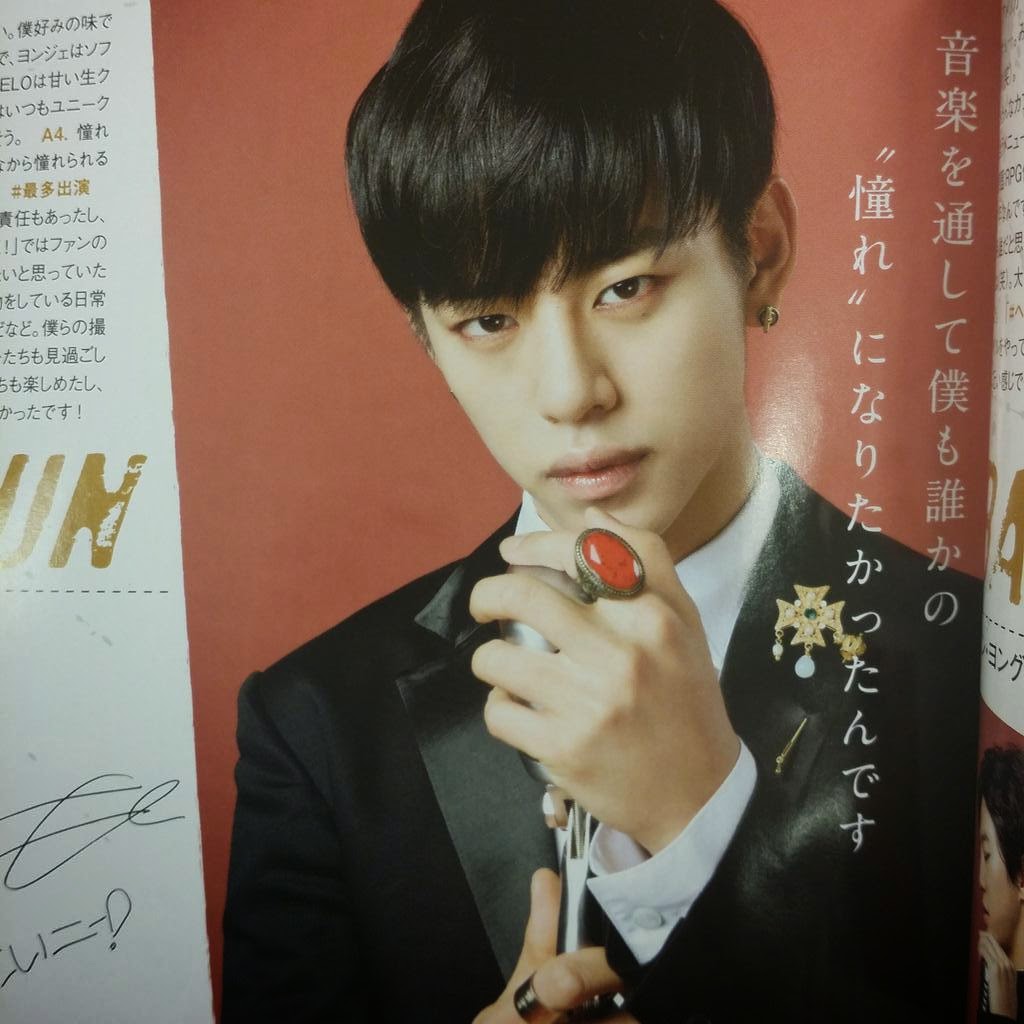 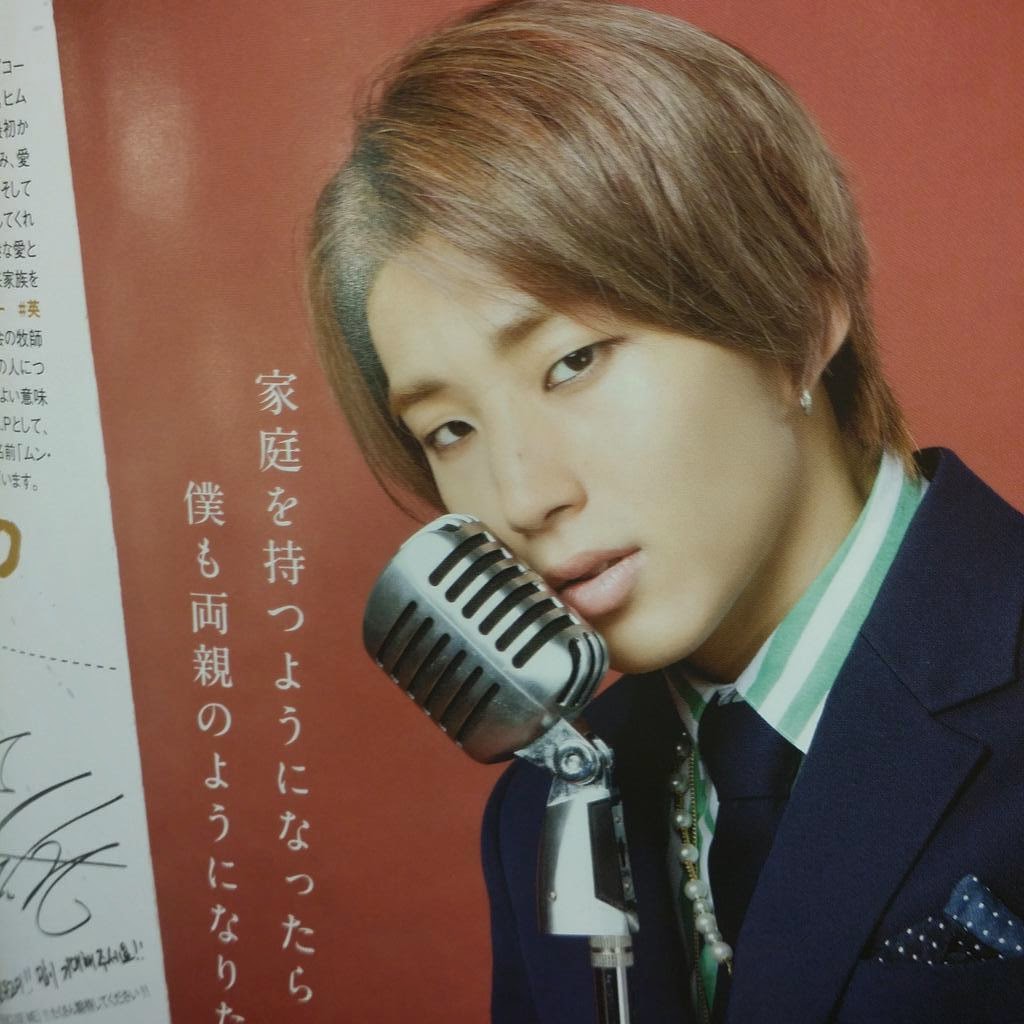 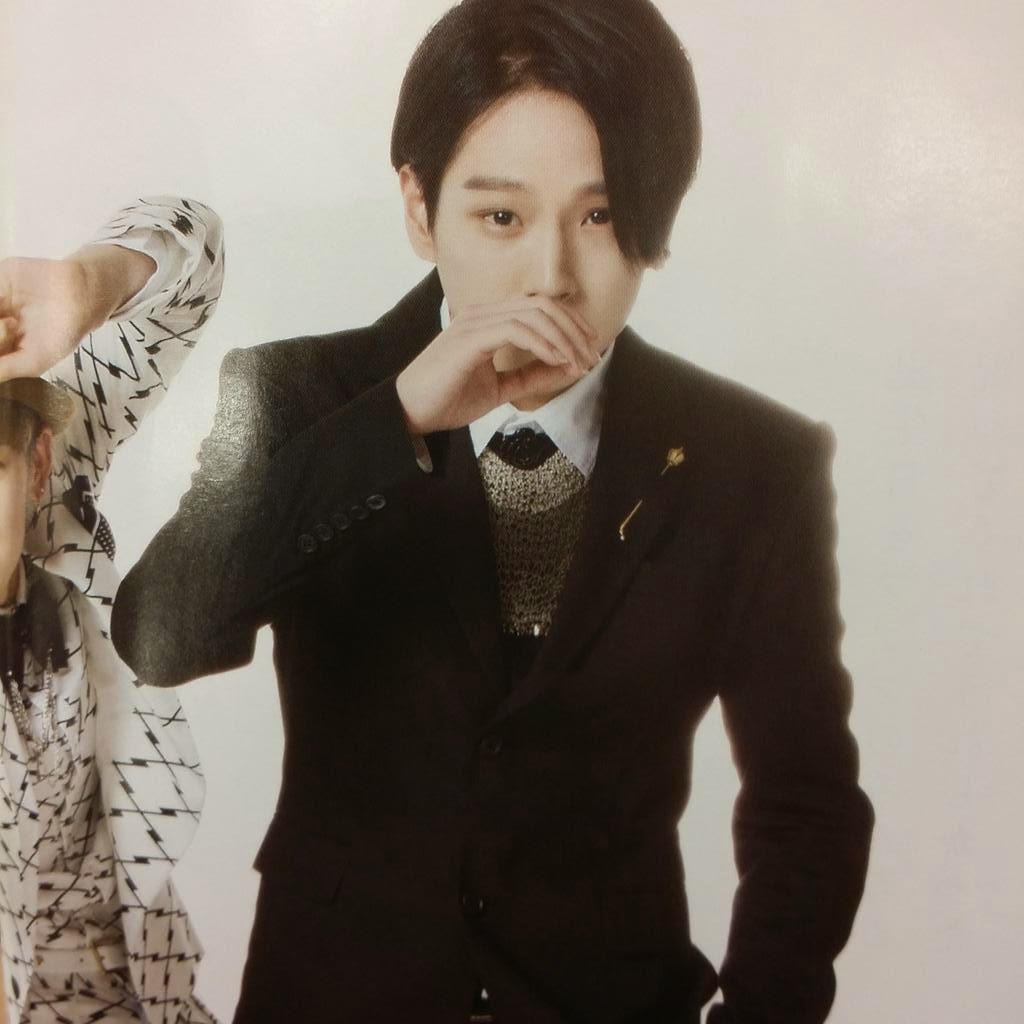 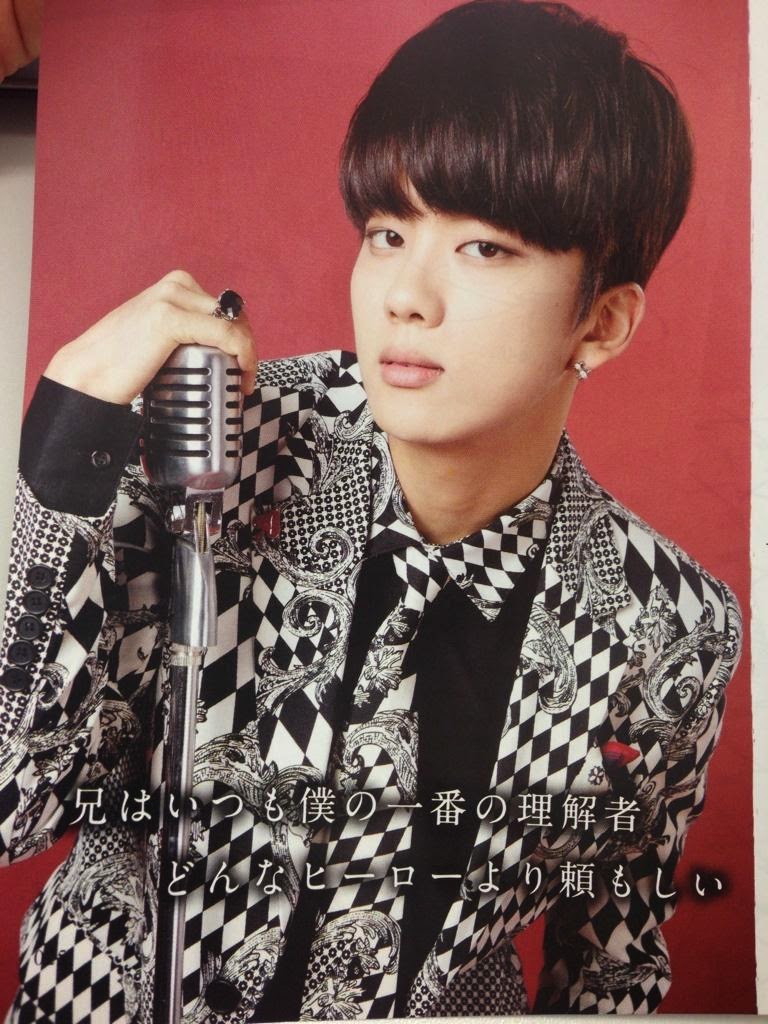 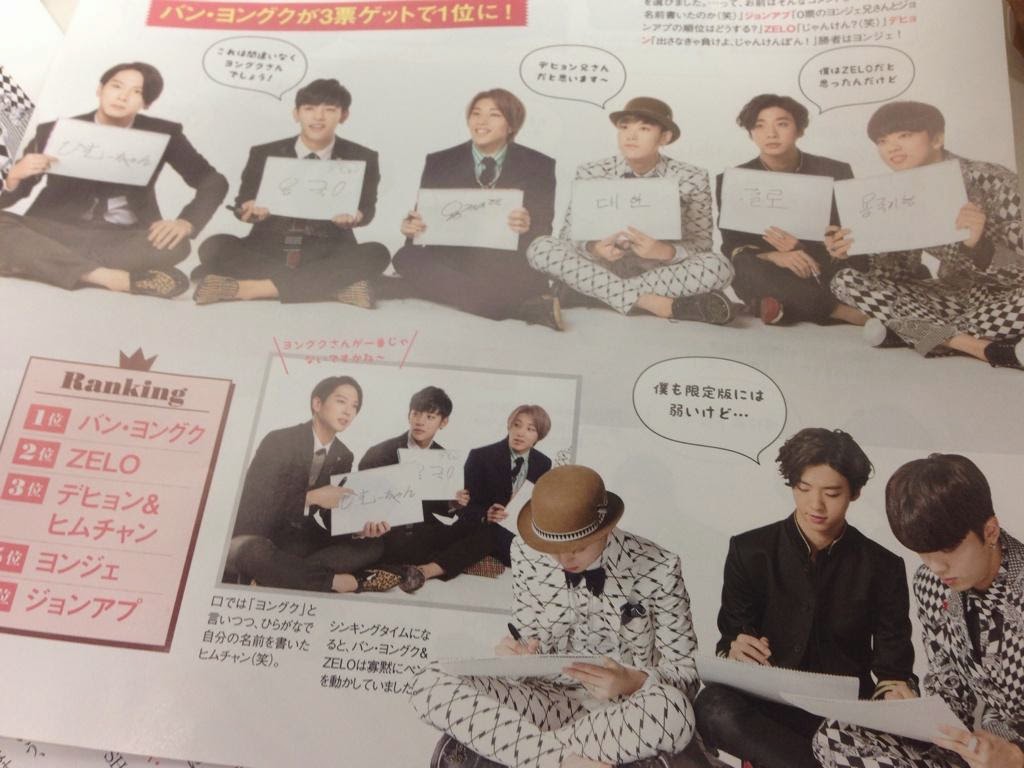 The lead song for their 4th single was decided from the fan’s heated response!
B.A.P who’ve pushed through with their Japanese activities with an opulent sound has released their 4th single with a catchy party tune, “Excuse Me”.
― It’s a rare case to release a song that wasn’t the lead track in Korea and then to choose it to be the lead track in Japan
YG: Yes it is. Actually, the atmosphere was really good when we performed this song at concerts and live performances, so we came about discussing to go with this song [for the next single].
DH: Himchan hyung’s “let’s getting’ high~ ♪” part is where everyone can have fun together, so please enjoy yourselves at the lives!
HC: *Sings “let’s getting’ high~ ♪”*
JU: *Claps to the beat reflectively* Yoohoo~!!
HC: We so fly to the sky high~♪
JU: Yoohoo~!!
HC: Nice~ (laughs)
YG: The sound is really nice and I’ll be happy if you looked at the lyrics too.
YJ: The title and lyrics both are filled with confidence and have a challenging feel.
DH: Yes. We thought to “let’s show them the best coolest thing!” with our strong morale and confidence.
HC: Hence, when we sing, we sing it coolly!
― I look forward to seeing the stage performance
DH: *Suddenly in MC-mode* For the point of the dance this time… Jongup-san?
JU: I think that being able to communicate with the guests is more important that showing off our usual style for this music. So the MV and stage [performance] is slightly different in construction.
YJ: So, I think what he wanted to say was, “it’d be nice if you enjoyed that difference as well” (laughs).
ZL: Actually, we didn’t have that much time to film the MV so I’m happy it turned out nicely. Everyone has their own role, like Daehyun hyung is spraying graffiti and Himchan hyung is throwing money around, so please look out for that.

Shared by Nicole @ BAPYESSIR.COM
[NOTE]
This issue will be around 980 yen  released September 22. 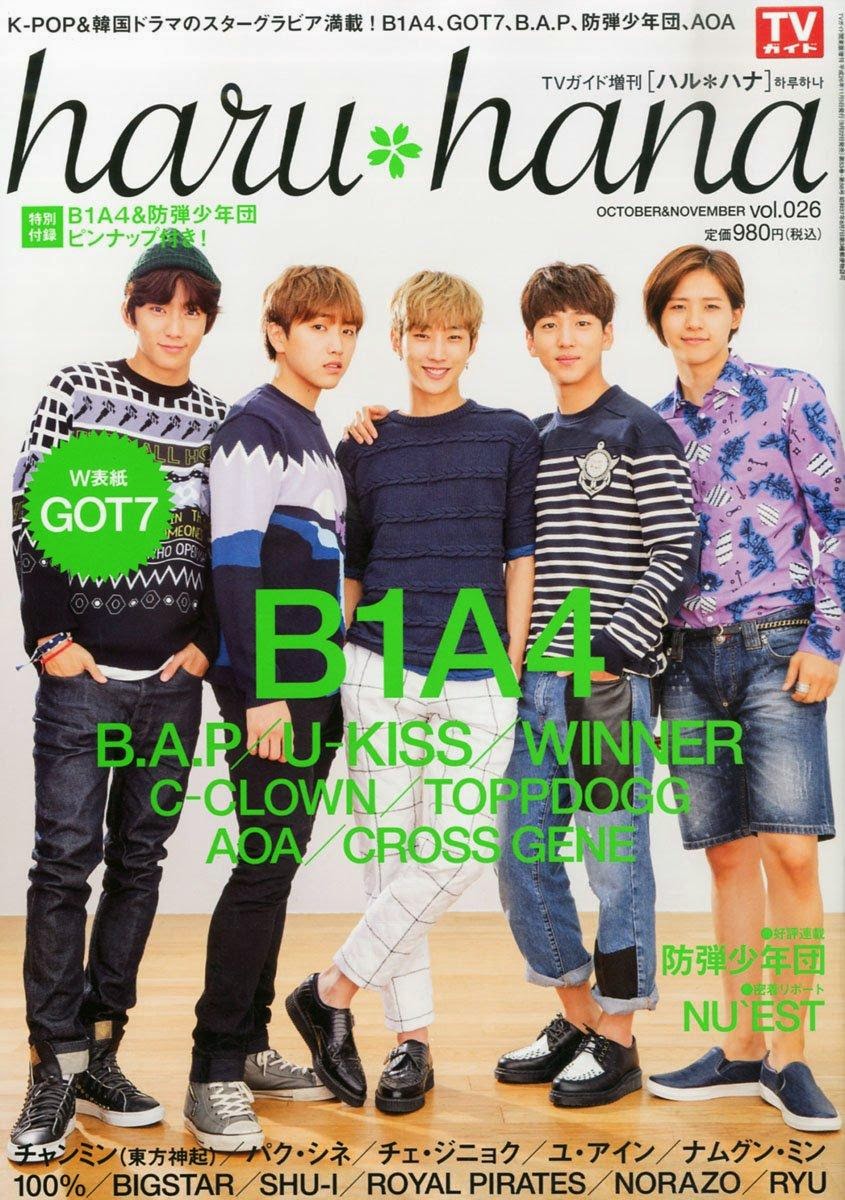