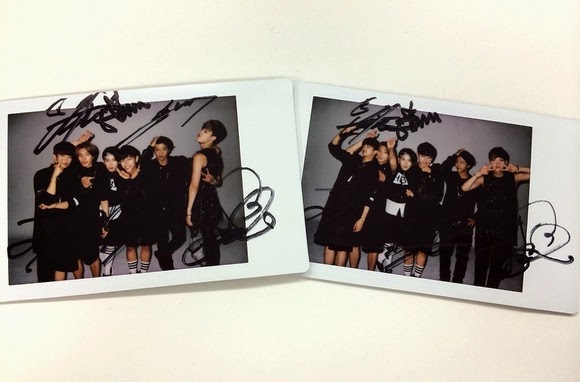 [NOTE]
Some parts have been omitted as they have been asked several times before in other interviews, such as “What kind of song is Excuse Me?”


B.A.P "Excuse Me" Interview for Kstyle: "A Song full of their charm that the audience can enjoy!" 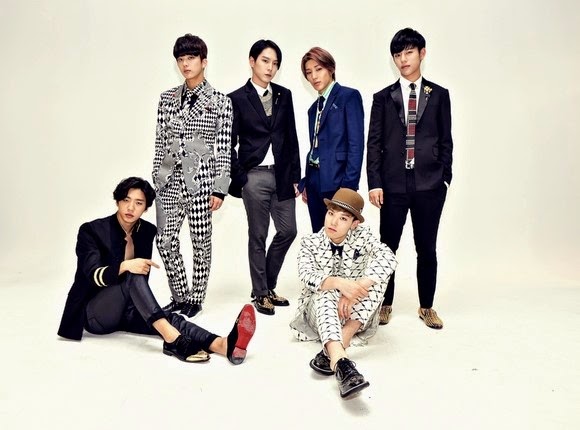 Q: How was your LOE 2014 tour which kicked off with the March performance in Seoul?

DH: We performed in various places over several months, it was unfortunate it ended, the feeling that we wanted to continue more was very strong.
HC: The last performance was in Bangkok, Thailand, but I thought that I want to go back to New York and start it all over again. Of course we had a schedule though so we were pulled back to Korea.

Q: What country remains in your memory after the tour?

DH: It was our first time going to Europe, it was very lively and interesting.

Q: After your tour, as a group, as an individual, do you feel you have grown?

HC: I feel the 6 of us are even more in sync than before [T/N: literally The breathing of our 6 members is matched more than before]. You can say we’ve grown that way.
DH: Same as Himchan, but personally I feel I’ve become able to sing more freely, that I can break my image up until this point.
YG: I feel the same. I want to tour in more countries, I think this whenever we tour.
YJ: I feel a little less anxious about concerts. I’m in charge of vocals, but I think this is a tour that vocal parts improved.
Z: I also feel growth in many areas, but there are also many areas that are still lacking.
JU: We did many performances, I feel I can be more at ease now. 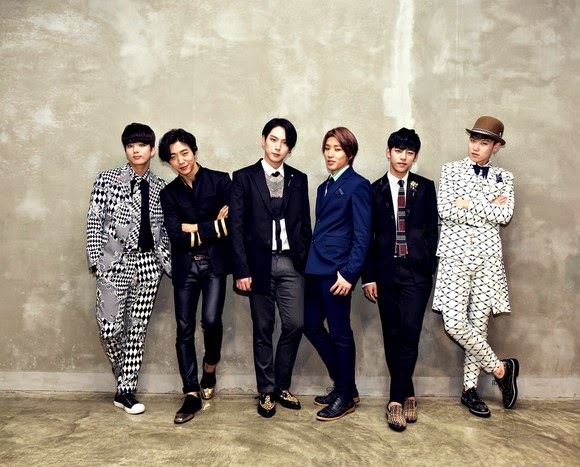 Q: There was also a Japan leg of your LOE 2014 tour, tell us your impressions please.

DH: Many fans visited us, we were very happy. More than last time, their cheers were louder, and there was lots of power in their applause, our hearts swelled. Most surprising though was that the age of fans who came was more varied than before.

Q: When you were touring in Japan and broke the news of the “Excuse Me” release, how was seeing the happy reactions of fans?

DH: It was very emotional. Japanese fans send us their support on SNS, seeing their messages that they like this song, we were very happy. The feeling that we wanted them to hear a new “Excuse Me” as soon as possible was very strong.

Q: Was there any “happening” during these shows?

HC: While touring Japan, we went to Brazil. When our performance there was over, we then had a concert in Japan. We were very tired, but to keep our promise to fans, we stood on stage. We weren’t able to sleep, our energy was low, but we successfully performed that day. It was thanks to our fans, it was very exciting, and we were also able to enjoy it.

Q: This is your 4th single, but what did you think when you saw that your “No Mercy” single made it to #2 on the Oricon chart?

DH: When we released “No Mercy” we were not able to go on TV for our promotions, so instead we promoted in areas with fan meetings, but with fan’s help we became #2. Hearing that, we were really surprised. We’re very happy and want to thank you. 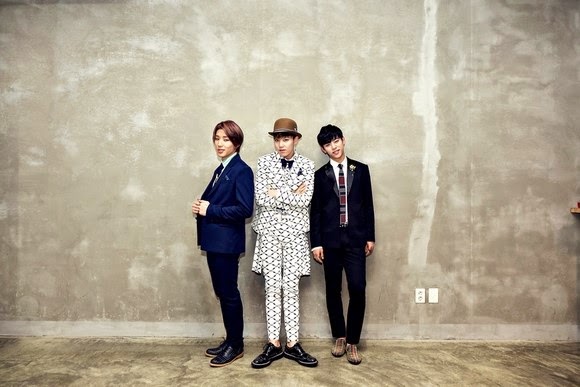 Q: What are some points of this song’s dance?

Z: The MV and live performance choreography is a bit different; for performances we break away from the “Warrior” and “1004” image by just having fun together with the song’s rhythm.

Q: To sing in Japanese, what preparations are you doing?

Q: How was it singing the Japanese versions of the songs coupled with this release, the popular “Coffee Shop” and “Zero?”

Z: Recording, we thought it’s important to get across the message, so it was nerve wracking. The other members also practice a lot. Of course it’s difficult since it’s another language, but it was fun.

Q: Youngjae what about you, was your part difficult in “Excuse Me?”

YJ: My part is half and half English and Japanese, and there were many Japanese words I had already learned so it wasn’t difficult.

Q: What about you Jongup? What impression do you have of “Excuse Me?”

JU: It’s a fun song to listen to, and fun to sing along to live, I want you to experience it at a performance.

Q: It is also of course fun for you to sing?

Q: 2 and a half years have passed since your Korean debut, have your promotions changed since then?

DH: We’ve become able to adapt to many things, and more than before we have come to express things more surely, I think. We (can more) freely and surely (get) what we hope for.

Q: Has your daily life change?

DH: Our daily life is ALWAYS the same. If we have time we practice. 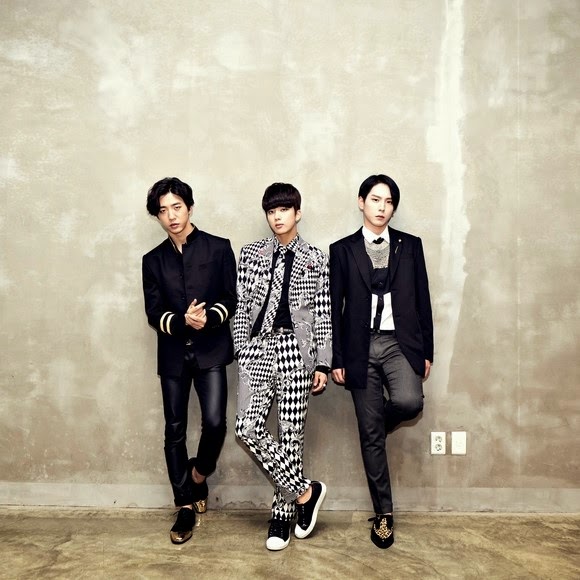 Q: Tell us something about the person next to you, charms that only you know.

HC: Daehyun is a responsible person. He controls himself well.
DH: Yongguk is the older brother who moves the group and is good at controlling it’s 5 members. He is really is a reliable person.
YG: Youngjae always has a cheerful personality. He really likes sports. He is a very courteous person.
YJ: Zelo has matured. He’s the youngest, so we all know he has his cute side, but inside he is thinking about many things. I’m excited to see him from this point on.
Z: Jongup is a person who can be a good balance between other people.
JU: Himchan has a really pleasant, fun and cheerful personality. He also likes eating (laughs). He’s the type to have fun being mischievous together with.

Q: What is B.A.P’s goal from this point?

HC: It is important to have a goal and move towards it, but more than that is not to forget your original intentions, to each do our best, and work for a long time.

Q: Lastly a message to your fans waiting in Japan.

HC: I want to come for a live with “Excuse Me,” but please wait a bit. We’ll go as soon as possible. Everyone, we will definitely meet.
DH: Fans are always sending us great love and waiting for us, I think we have given our all for promotions so far, but with “Excuse Me” this time we will show an even more charming side. Thank you for everything.
YG: I am excited with all my heart to meet everyone.
YJ: We can feel how Japanese fans wait for B.A.P with all their heart. We’ll go to Japan soon for “Excuse Me,” let’s definitely meet!
Z: Thank you very much!
JU: “Excuse Me” is a song we can communicate with fans. I am excited with all my heart for the next live performance.