[NOTE]
Information unrelated to B.A.P has been omitted, the rest of the article is HERE. 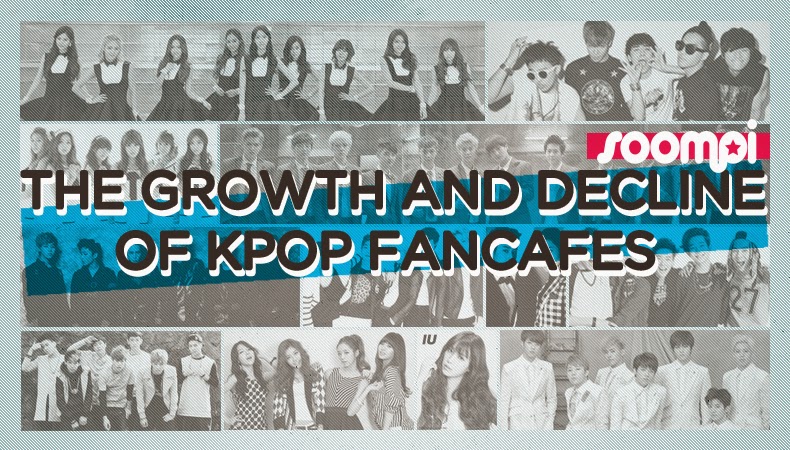 Before Facebook, Twitter, YouTube, and even Instagram accounts were a necessity for K-Pop groups, there were and still are fan cafes.  Fan cafes are online communities where fans not only share photos and have discussion, but also become a united voice and identity in representing the fandom. You couldn’t be considered a true fan unless you were a member in an official fan cafe. Even celebrities are often members of their own fan cafe to read what the fans were thinking, and their management works with the leaders of the fan cafe to organize fan events.

However, with the rise in popularity for Facebook and other sites as easy and effective ways to reach a worldwide audience, agencies and fans alike are stepping away from the fan cafes. Especially with social networking sites, celebrities do not need to use a fan cafe bulletin board to communicate with their fans. More and more celebrities are opening up personal accounts to share their thoughts and photos directly to their fans, both in and out of Korea. Agencies are also using the Twitter or Facebook follower counts as a measure of their artist’s worldwide popularity.

This change is being reflected in the fan cafes themselves. Even the most famous idol groups are seeing a decline in fan club membership, although that doesn’t necessarily translate to a decline in popularity. 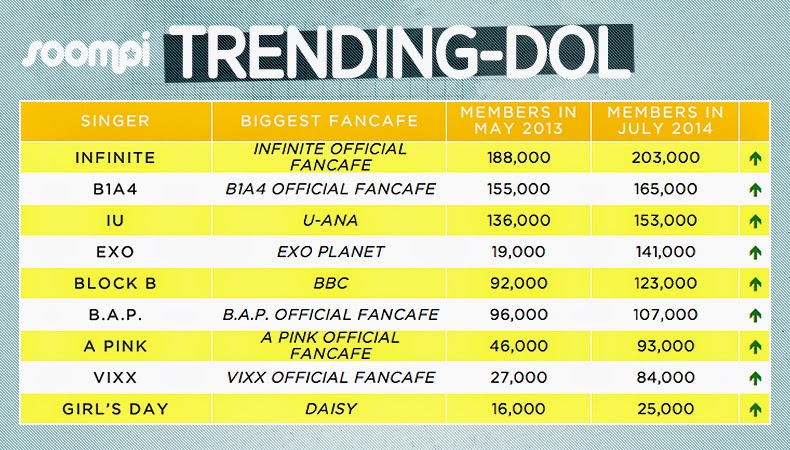 “Trending-dol,” idol groups [are those] who debuted after 2009 and are considered to be trendy these days. These groups have gone up in their fan cafe numbers.