Vote for Yongguk at the 'Soompi Ideal Type World Cup'

[NOTE]
- You can see the full article/voting here 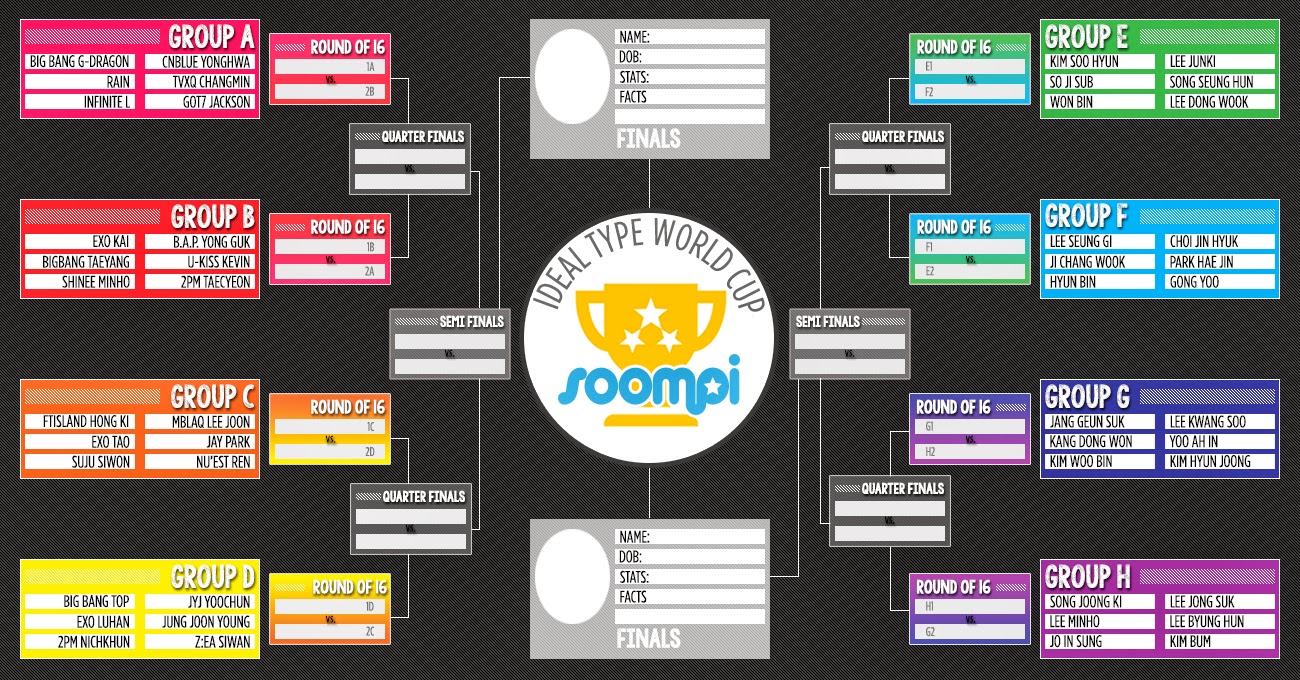 Click HERE to vote for Yongguk
(he is in Group B)

Thanks to the 2014 Brazil World Cup, soccer fever is running through everyone’s veins right now! Some K-Pop fans might be disappointed with Korea’s recent loss during the group stage, while others continue to support their countries’ soccer teams. In any case, we thought we’d provide a fun diversion with our favorite celebrities. Variety show fans might be familiar with a game called “Ideal Type World Cup,” in which the guest chooses the celebrity archetype they would most like to date, based on a series of choices which are presented tournament-style.

Now we’re turning the tables and asking you, our reader! Which K-Pop idol or K-Drama actor would YOU most like to date? In our Soompi Ideal Type World Cup, we have two separate tournaments: male and female. For each gender, we have chosen 48 initial “players”: 24 actors and 24 singers/idols. The actors and singers were then divided into four groups of six.
This first round will be a group stage, in which only two players from each grouping of six will advance, leaving us with 16 guys and 16 girls (eight actors, eight singers), from where we will advance with a single round elimination tournament for each gender. You can vote once per device for each group. Voting will end on Tuesday, July 1 (KST).