The K-pop boy band met up with Fuse while they were in NYC for their second U.S. tour in less than a year 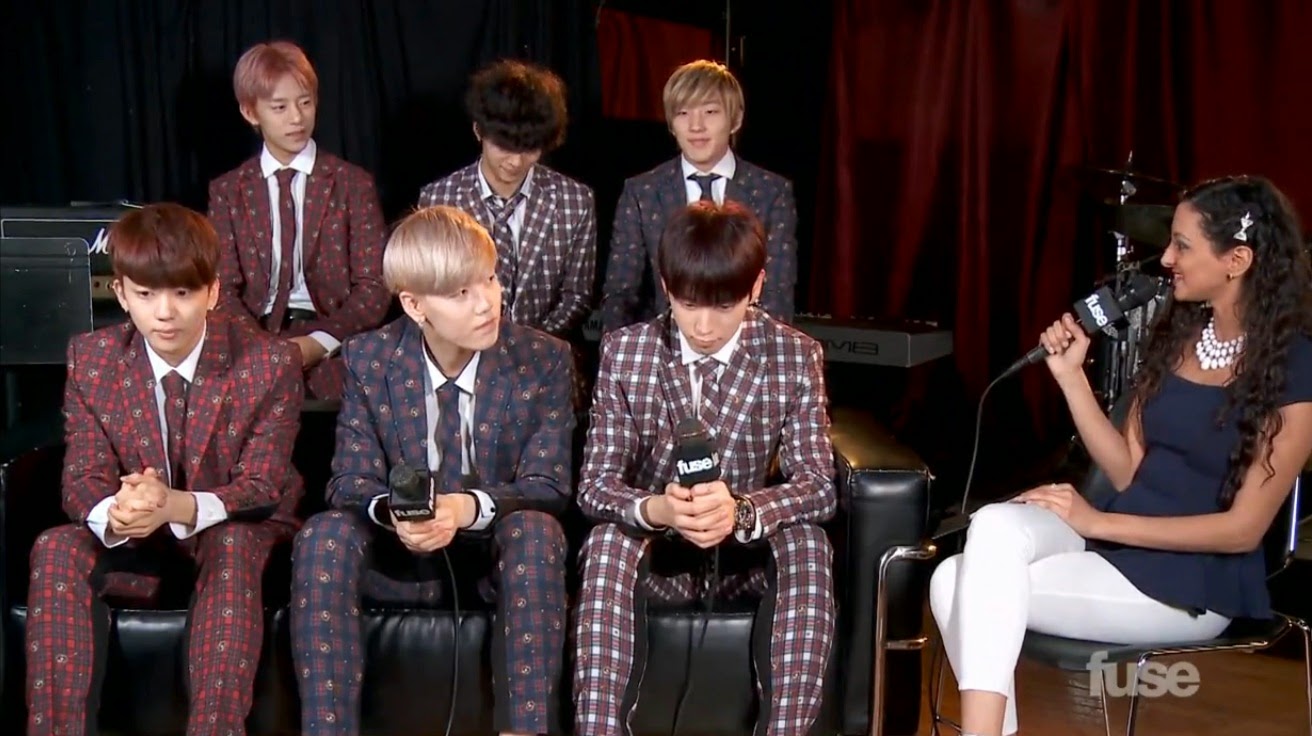 K-pop boy band B.A.P recently proved their love to their American fans, returning for their second U.S. tour in less than a year. The boys spent half of last April playing New York, Chicago, Dallas and Los Angeles, promoting their first full-length album First Sensibility.
While the LP's lead single "1004 (Angel)" (below) has a OneRepublic, gospel-rock feel to it, the album's tracks stood out for spanning multiple genres including modern dance-pop, '90s hip hop and even hard rock. Stateside listeners responded, sending the album to No. 1 on Billboard's World Albums chart.
"For this full album, we put together a lot of emotive sounds that we hadn't shown before," says B.A.P leader Yongguk. "It was also a challenge musically. Because of those various aspects, we're really thankful many people have given this project so much love."

Listeners also noticed B.A.P upping the sexiness throughout the record with risque lyrics ("Turn the lights off, sit back / And relax your mind if you'll be mine," they sing in "Body & Soul") and moans on certain tracks. The guys say it's a way to show a new side of B.A.P, a change from the strong, intimidating image in past singles like "Warrior" and "No Mercy."
"We thought we needed a color that we didn't have in our existing tracks," Yongguk adds. "'Body & Soul,' 'SNS' they have a sexy style to them so you can see a new facet of us."
Watch the full interview above for more on their latest tour and new single. Then watch (or rewatch) the video for "1004 (Angel)" below.