[NOTE]
You can find the article HERE, but it's in korean! 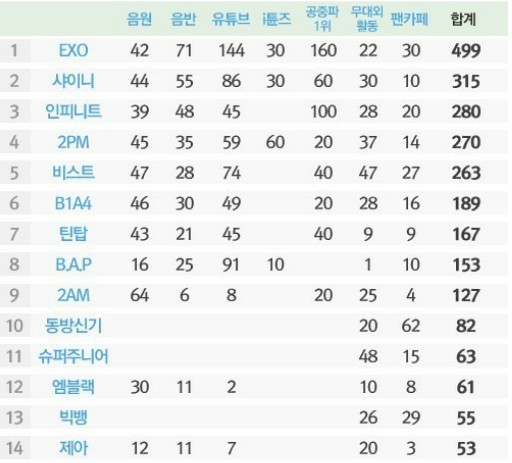 They've succeeded with their promotions in foreign countries. With their 'One Shot' music video exceeding over 9.15 million views and 7,093 sales, they took second place. B.A.P was only 100 sales below SHINee and Beast. With their last song in August, 'Bad Man' they took the number one spot on iTunes Hip-Hop charts. Their album sales were very moderate as well. 8 million and 4,415 sales got B.A.P to 7th place. They are well known for have a steady fan base. However, their popularity in the country is a bit low. Excluding stage performances, their promotions are ranked 14th. Rather than their individual promotions it is seen that B.A.P focuses on their stage promotions more.