B.A.P Takes on an Acting Challenge

Everyone knows that South Korean hip-hop outfit B.A.P’s name stands for “Best Absolute Perfect”, but surely there are some things the sextet falters in?

Call us pessimists, but we couldn’t resist the chance to dish out which of their members are the worst when it comes to random everyday activities during our interview at Grand Copthorne Hotel. We mean, you all already know what these boys rock in: powerful live performances, churning out charismatic tracks, and exuding all-around badassery.

Poor Young Jae, one of the group’s main vocalists, hit a double “jackpot” when he was almost unanimously fingered as both the worst cook and selfie-taker of the group. While he accepted his designation for the former category, he had something to say about having his selca* talents questioned.

“In my defence, I think my skills are more or less the same compared to the others,” he said. “Maybe it’s because cameras don’t accommodate my face that well. Maybe.” In other words, he claimed he isn’t photogenic (a remark we’re sure many fans will disagree with).

Youngest member Zelo was named as the worst at learning a new language due to his tendency to follow the lead of his hyungs (a term for “older brother”) and not speak up too much, while charismatic and gravelly-voiced leader Bang Yong Guk unsurprisingly clinched the title of being the least capable of doing aegyo**.

Another topic we went into was on switching bodies, or rather – as the conversation ended up going – body parts.

“I wish I had Jong Up’s body,” Him Chan mused. “He has a nice build, but I would want to keep my face, because I’m satisfied with how I look.”

Like many guys probably do, Zelo expressed his wish to have Yong Guk’s famously deep tone, an asset that lends his rapping a distinctive and recognisable flavour. When prompted to give us his best impersonation, Zelo muttered something incomprehensible in the lowest voice he could muster, which brought out laughter and clapping from his highly amused bandmates.

Jong Up, on the other hand, had a rather strange answer. “I want to have Young Jae’s head,” he said. “It has a very pretty shape which makes him look great in caps and beanies.” (We guess that makes sense.)While it’s become extremely common – or even expected – for idol band members to venture into the acting scene, the B.A.P boys have yet to make any official transitions. So we thought we’d help them get their feet wet by making them take our acting challenge. (Casting directors, are you watching closely?)

The premise: each member had to draw a piece of paper with an emotion written on it from an envelope, and then take turns to act it out. The themes were: “heartbroken”, “anger”, “in love”, “disgust”, “terrified” and “a dramatic death”.

While we have chronicled a brief rundown of what happened during the “game” in the following slides (complete with more snapshots of the boys, of course), we highly recommend watching the full video for the complete – and utterly hilarious – picture.

Before Professor Do Min Joon charmed legions of fan girls with his dreamy alien self on You Who Came from the Stars, six other extra-terrestrial beings were poised to take over the world as scream-inducing idols.

At least, that was the concept TS Entertainment came up for their then-upcoming sextet B.A.P’s pre-debut reality show Ta-Dah, It’s B.A.P in 2012. The SBS MTV program featured Bang Yong Guk, Him Chan, Dae Hyun, Yong Hae, Jong Up and Zelo as blonde-haired beings from a different planet who invade earth and form their tough-as-nails boy band.

Since then, the boys have moved on from their introductory otherworldly image and dabbled in other styles, such as the urban badass for ‘Warrior’ and, more recently, the sunshiny hipster cutie for their impending comeback with fourth album B.A.P Unplugged 2014.

However, it seems that there are still two aliens left in their midst.

When xinmsn asked which of the members is the most alien-like during yesterday’s B.A.P Live on Earth Singapore press conference, Jong Up’s and Zelo’s names made the ballot.

“I think Jong Up has quite a cool life,” Him Chan said of his bandmate. “He can fall asleep and wake up whenever he wants to.”

As for Zelo, the group’s youngest member at just 17 years old, Dae Hyun picked him because of his unusually quick growth spurt that propelled him to a towering height of 184cm. “He has grown so much since our debut,” Dae Hyun explained. “I think that’s quite rare for somebody from this earth.”

In addition to that, Zelo’s – a.k.a the “giant baby” – belief in horoscopes, as revealed a little while later, prompted Young Jae to quip, “That’s why he’s the alien!”

Despite being relatively fresh in the fiercely competitive and ever-expanding K-pop industry, B.A.P has already had the opportunity to hold concerts in many cities as part of their tours. (By the way, Him Chan affirmed that Singapore remains dear to their hearts because it is the first location they performed in outside of Korea.)

The increased exposure has helped the band to grow in many ways, particularly the way they present themselves during their showcases. “We recently watched the video of our debut, and I must say that compared to that, we are a lot more relaxed on stage,” Him Chan revealed. “We communicate and interact more with our fans, which is why we’re able to have more fun.”

Thankfully, the fun has not been spoiled by any unpleasant encounters with inappropriately overzealous enthusiasts. “Our fans are quite courteous and have good manners,” stated Yong Guk, the leader and oldest member.

In fact, the “craziest” meeting Him Chan could recall was when a pregnant Korean fan asked if she could name her baby after him. “It was very amusing because it’s not something that happens to you every day,” he expressed. “’Him Chan’ means ‘energetic’ in Korean, so I hope the child has a very energetic life full of good experiences.”

When we spoke to B.A.P’s label mates SECRET back in March last year, the girls named them as one of their main rivals. The boys, however, refrained from dropping any specific names when presented with the same question (the same topic evasion was shown in an earlier e-mail interview with us, where they named themselves as their biggest competitors).

“There are a lot of bands in Korea, but there are many elements that we can learn from each of them, and they can learn from us, regardless of whether they are our seniors or our juniors,” Yong Guk said. “I won’t call it a competition, because everyone is growing up to be better musicians together.”

The Following Photos Can Be Edited 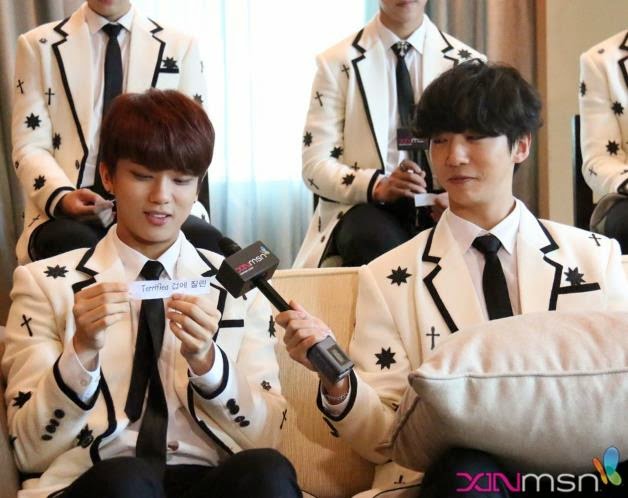 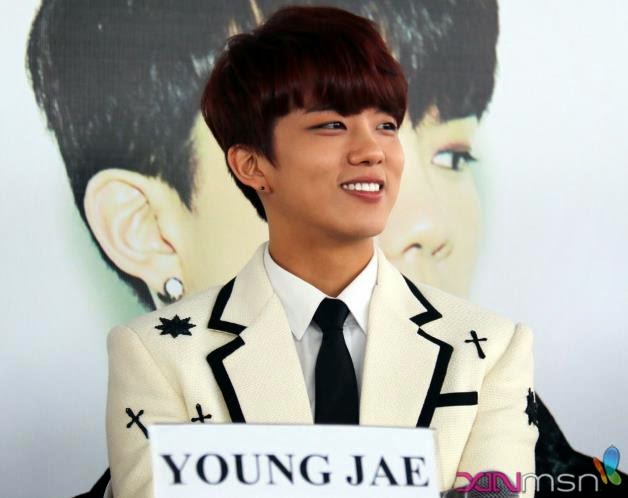 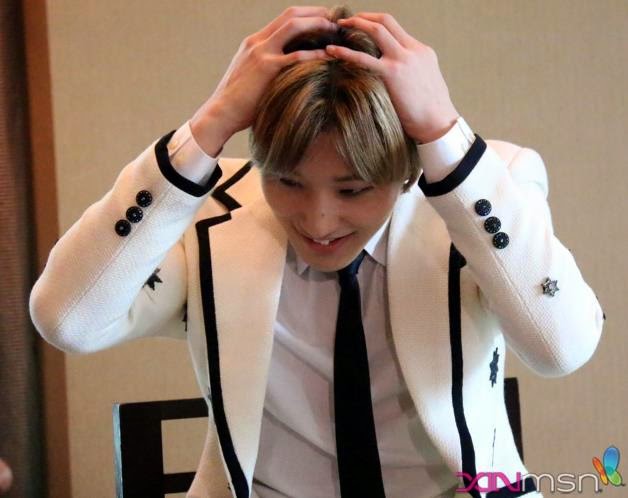 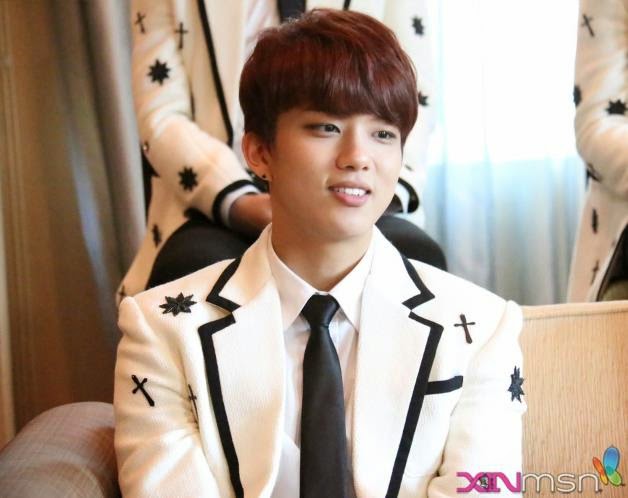 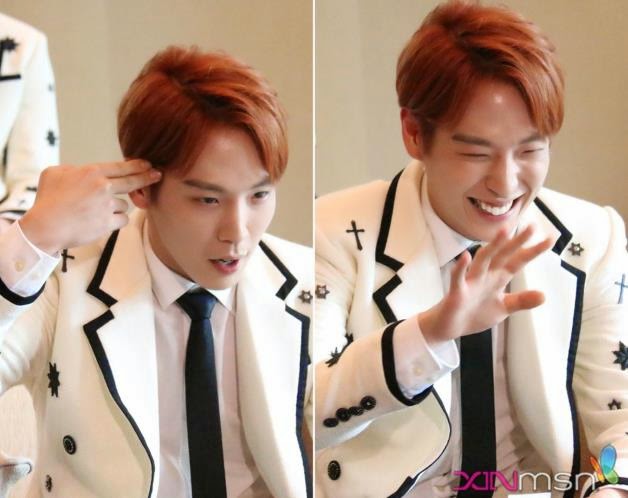 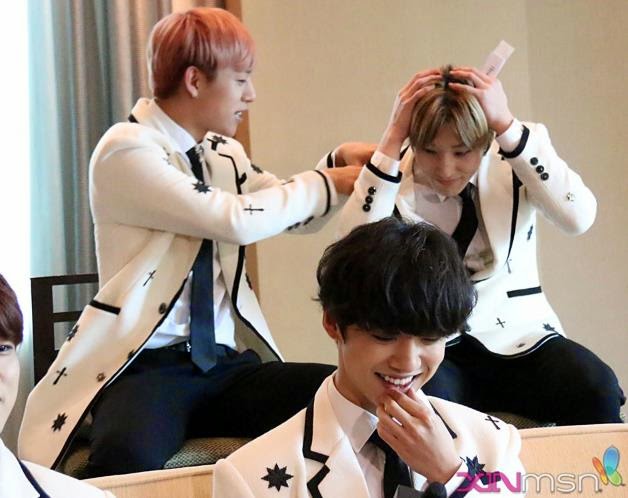 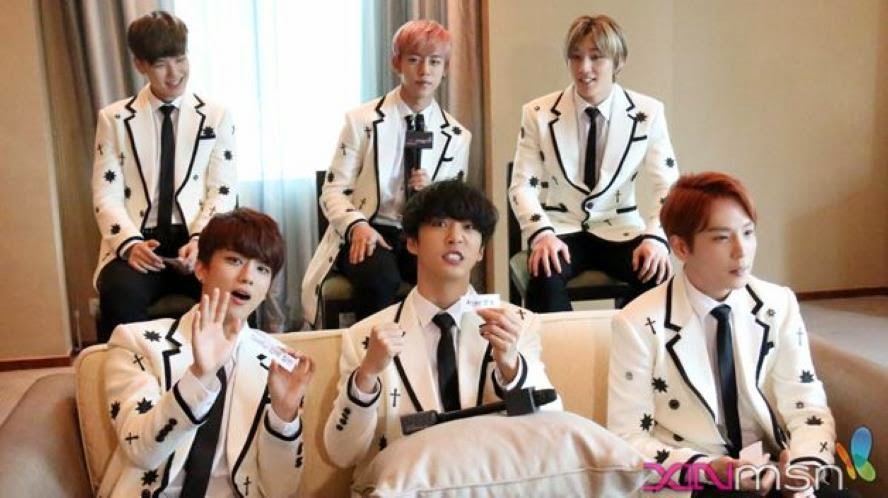 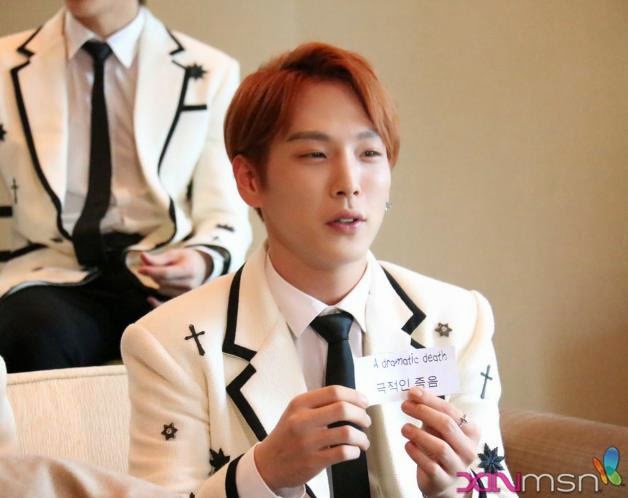 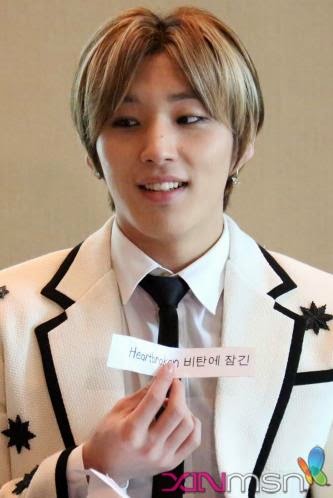 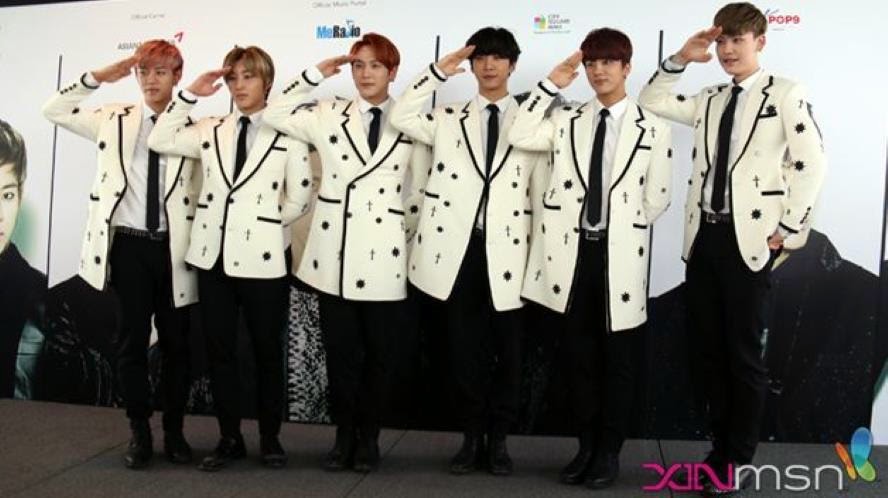 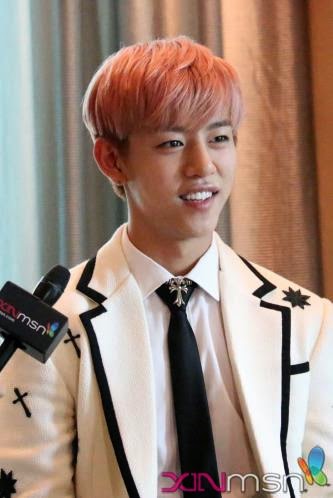 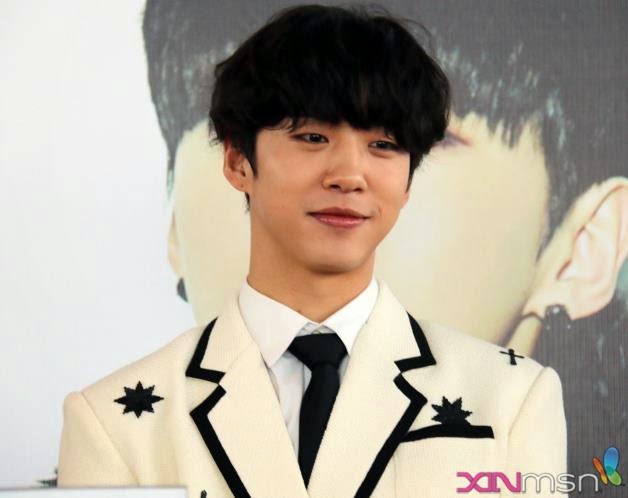 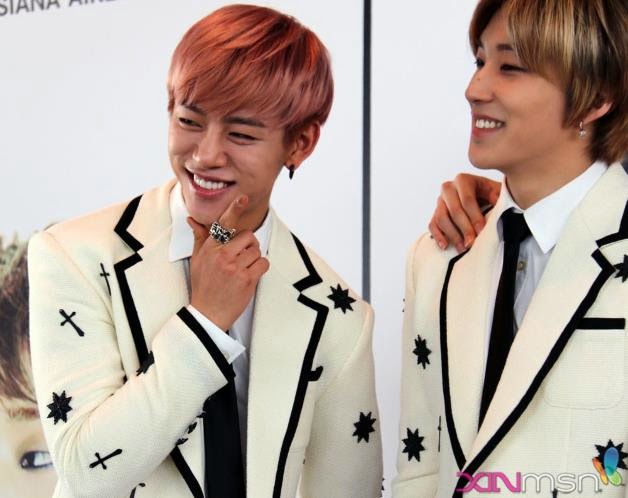 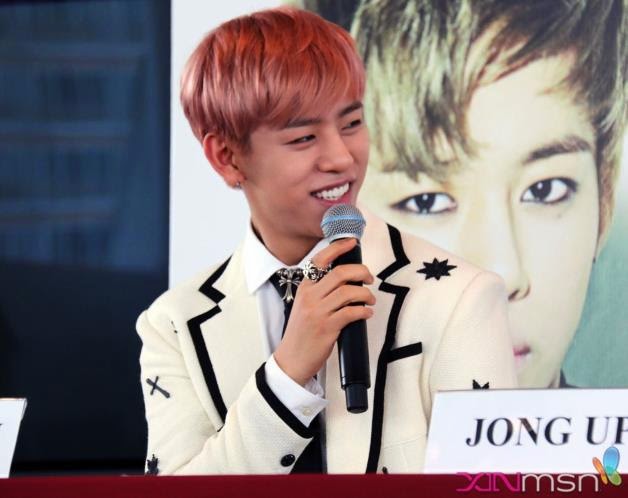 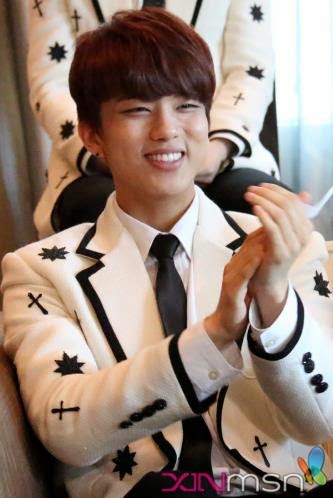 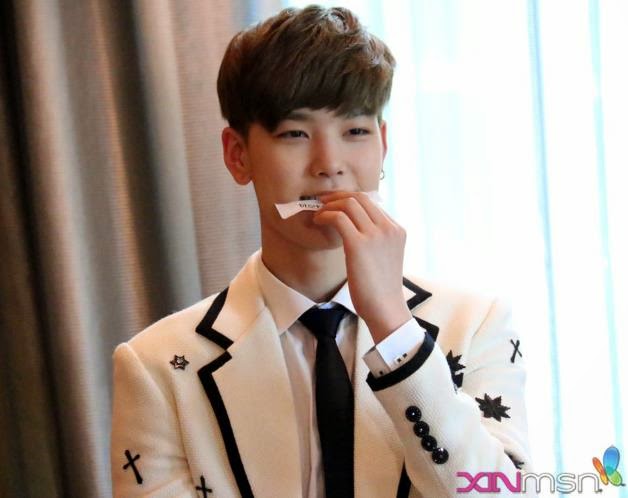 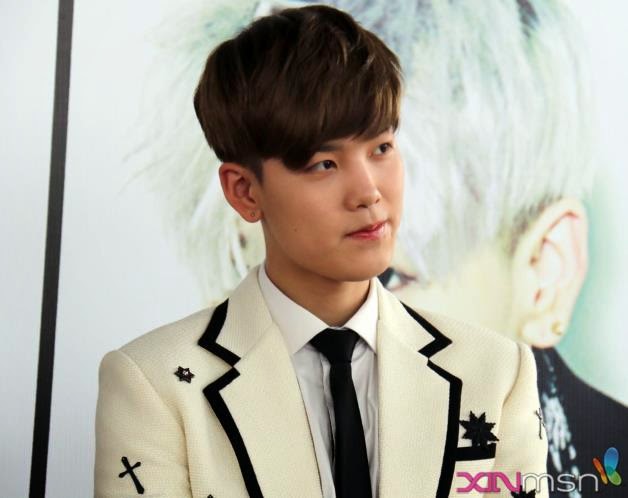 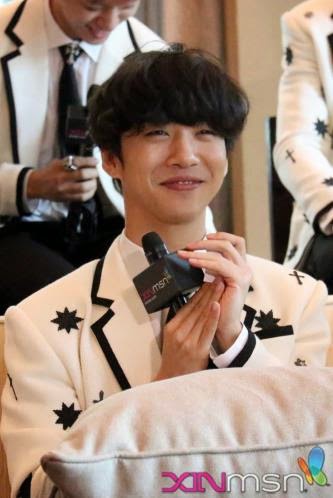 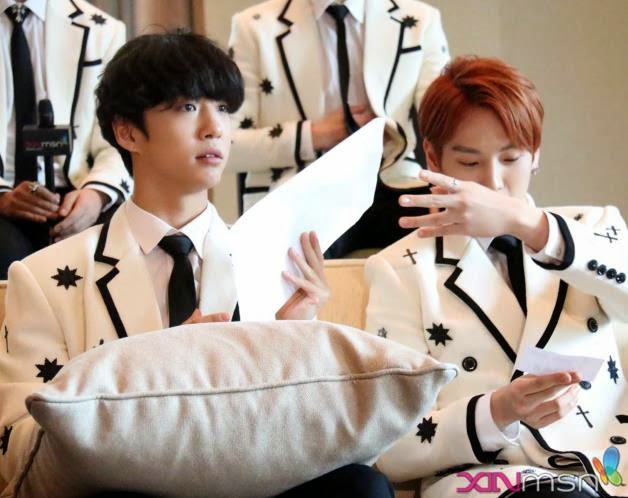 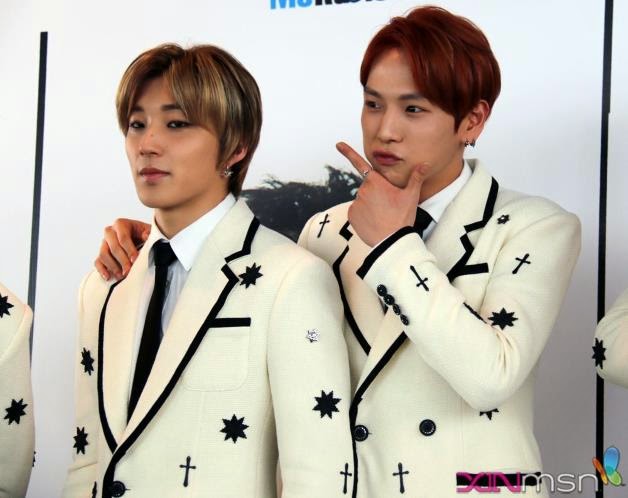 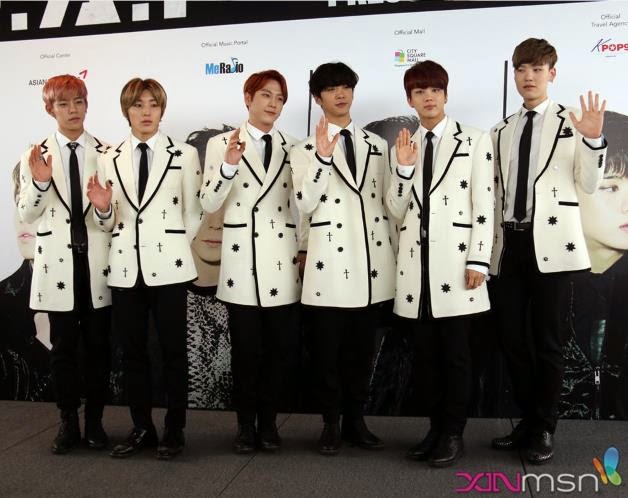 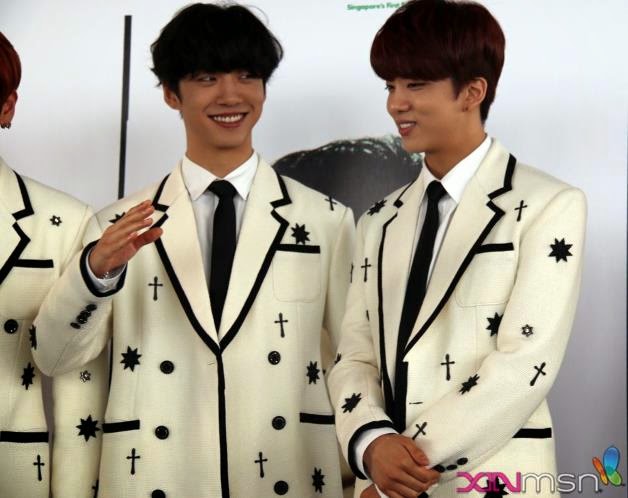 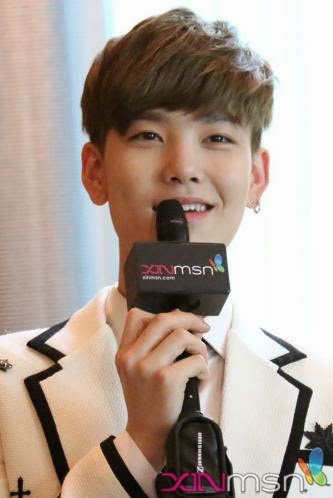 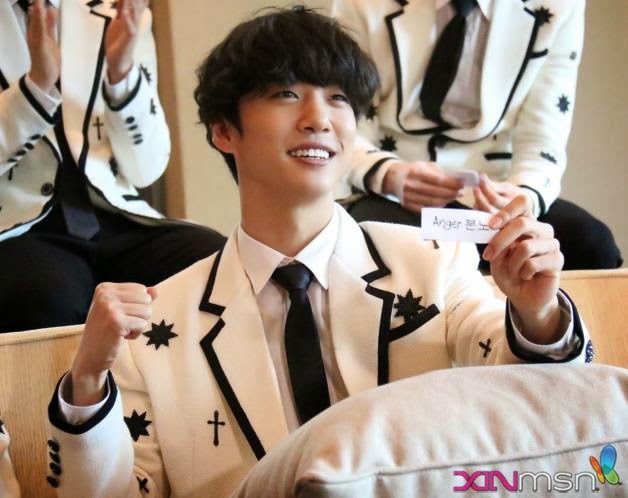 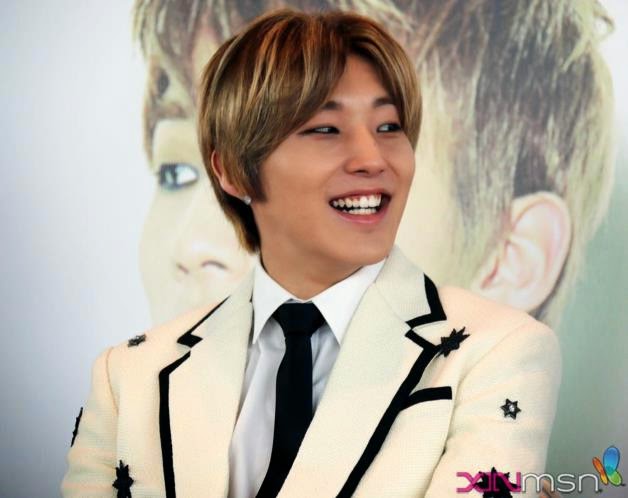 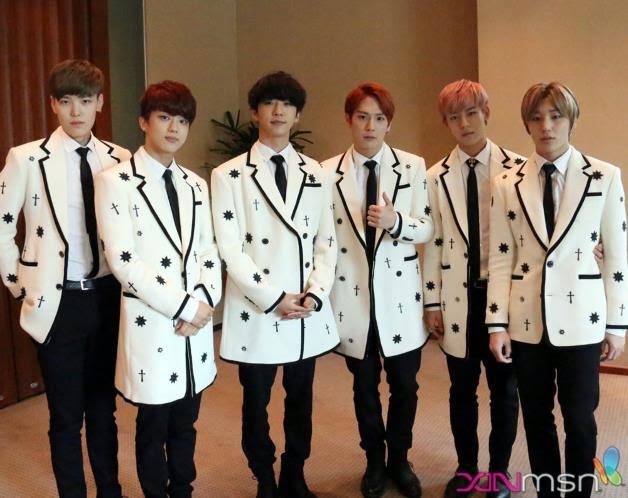 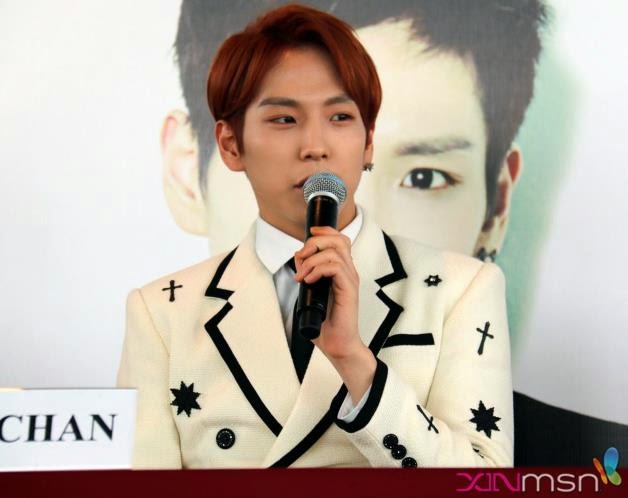