[ If you are part of a fanbase of group of fans and want to have your projects promoted here, please email Isa at bysfansite@gmail.com ]


To celebrate B.A.P's Live on Earth 2014 Tour, KpopSA and KpopDallas have teamed up to create a very fulfilling event: LOE Food and Fund Drive.
Their goal is to spread a helping hand to those less fortunate through the positive influence of B.A.P. Just like the title states, Babyz and caring individuals alike will donate under B.A.P's name to the North Texas Food Bank as well as the San Antonio Food Bank. Their page will be responsible for SA Food Bank, which caters to all the families and those in need in Southwest Texas. All infos about the project can be found on this Facebook page:
https://www.facebook.com/KPopSanAntonio/photos/a.274968995940722.51495.266195826818039/501435993294020/?type=1&theater


A small group of fans based in NYC are planning to buy green balloons that will be released during the encore stage at the end of the concert. The goal for this project is to make a memorable and fun experience for both the fans attending the concert and for B.A.P in NY.

They are planning on passing around 1000 balloons to those waiting in line. To take part in this project, please follow the link: http://ricebabyz.tumblr.com/post/81505333641/ 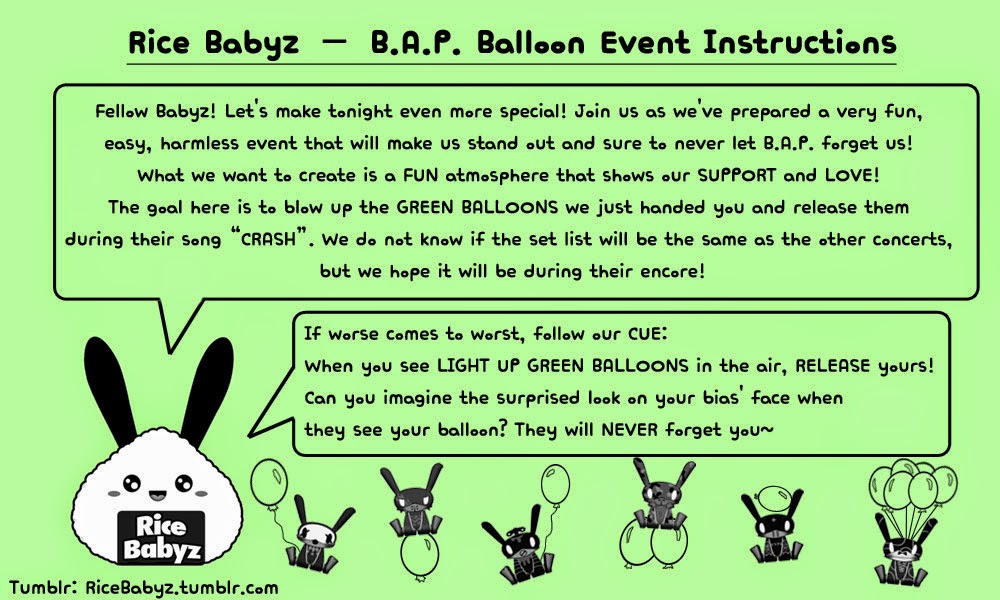 BYS will be at the Germany concert to work on some projects with 2 German Fansites. You can find everything about the Projects, Tickets and other Informations at their Homepage and join their Facebook Group and Event! 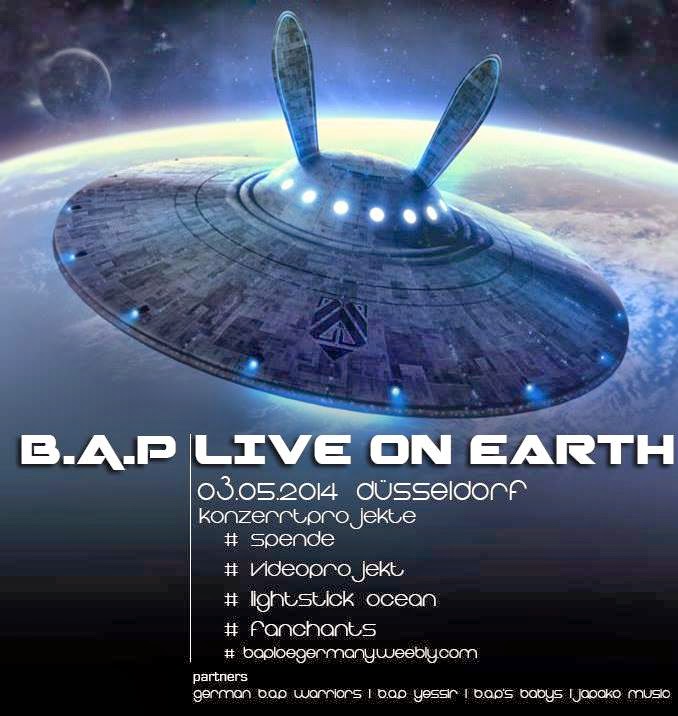 UK B.A.P will be organizing a few projects for B.A.P when they'll come to the UK. A sign to thank them for coming to the UK that everyone will raise during "With You", a video message & they will also sell banners. You can take part in their project here: http://ukbap.blogspot.com/2014/03/projects-bap-live-on-earth-london.html 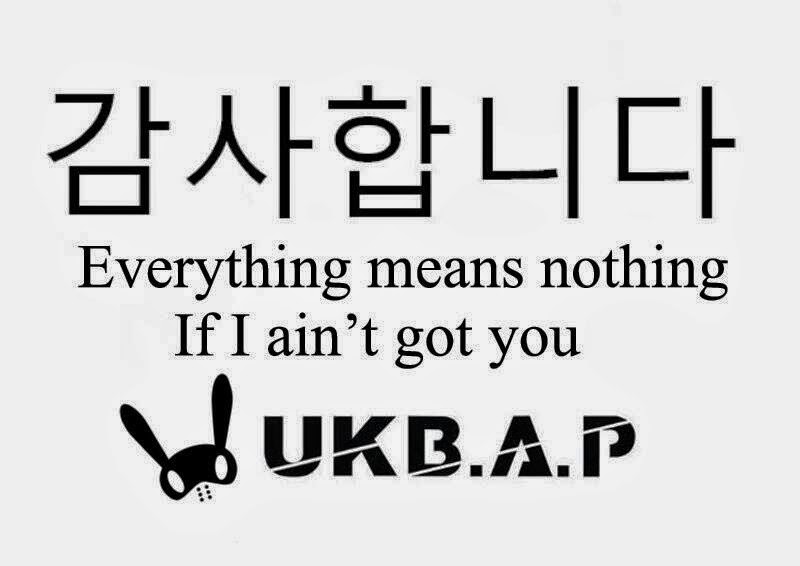 
B.A.P France & Associations will also organize plenty of projects for B.A.P in Paris, including signs that everyone will raise during "BABY", a French memory book, a video message, and much more!
They are also selling a goods pack, and organizing a lottery with a lot of prizes for fans who will be attending the concert. They are also planning to collect funds for UNICEF and provide food support for fans during the day of the concert. More infos here: http://www.facebook.com/BAPFranceInternational