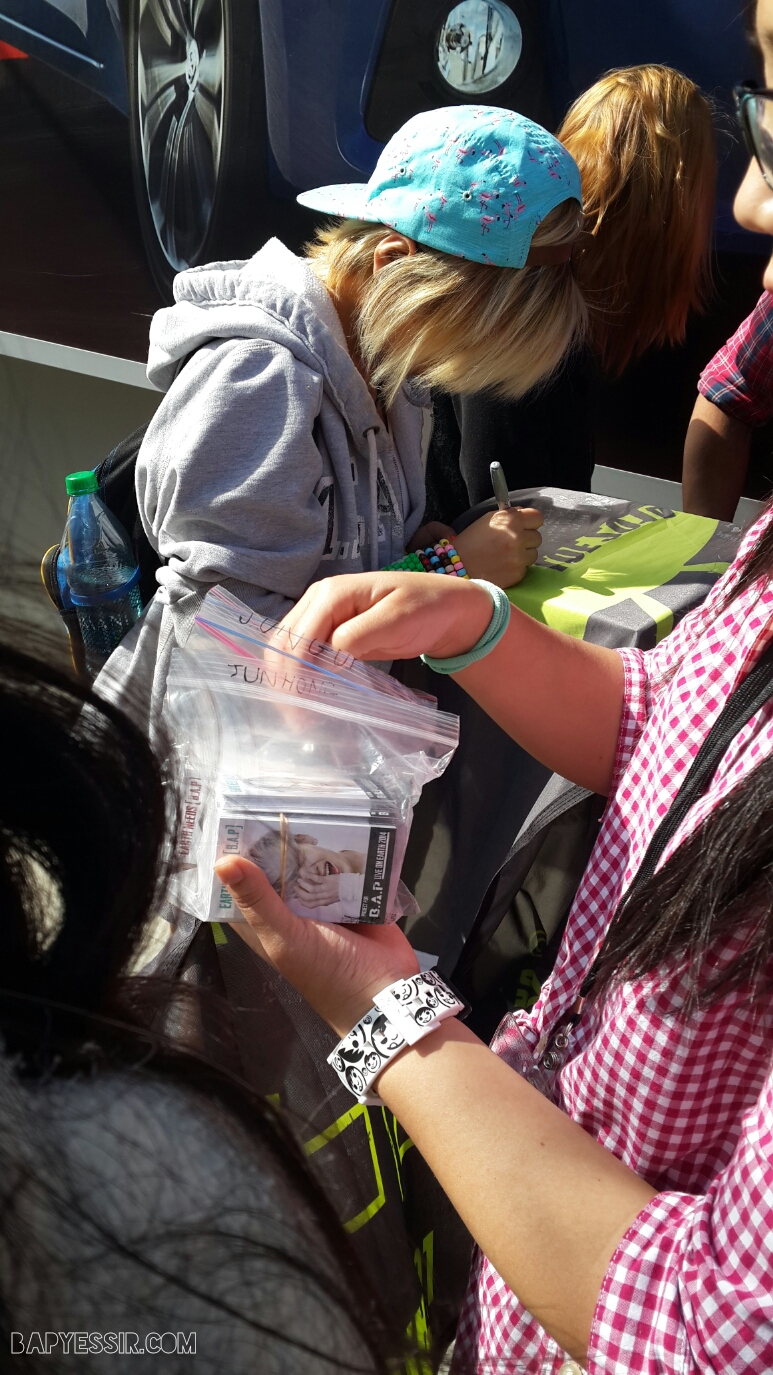 Everything was very confusing I think because there was already a line when we got there and no one really knew what it was for. Mnet America filmed us and the flag before the concert too, but we were really awkward T^T. There were a bunch of lines later and it was super confusing but anyways when we were going in, the lady said the flag needs to be checked in (can’t take it into the venue) so another staff took me to check it in but the staff asked if it was for B.A.P and I said yes so he told me I don't need to check it in, and that it will be brought to B.A.P I thanked them a few times and went to buy merch and then went to my seat which was unbelievably close to the stage and started freaking out OTL 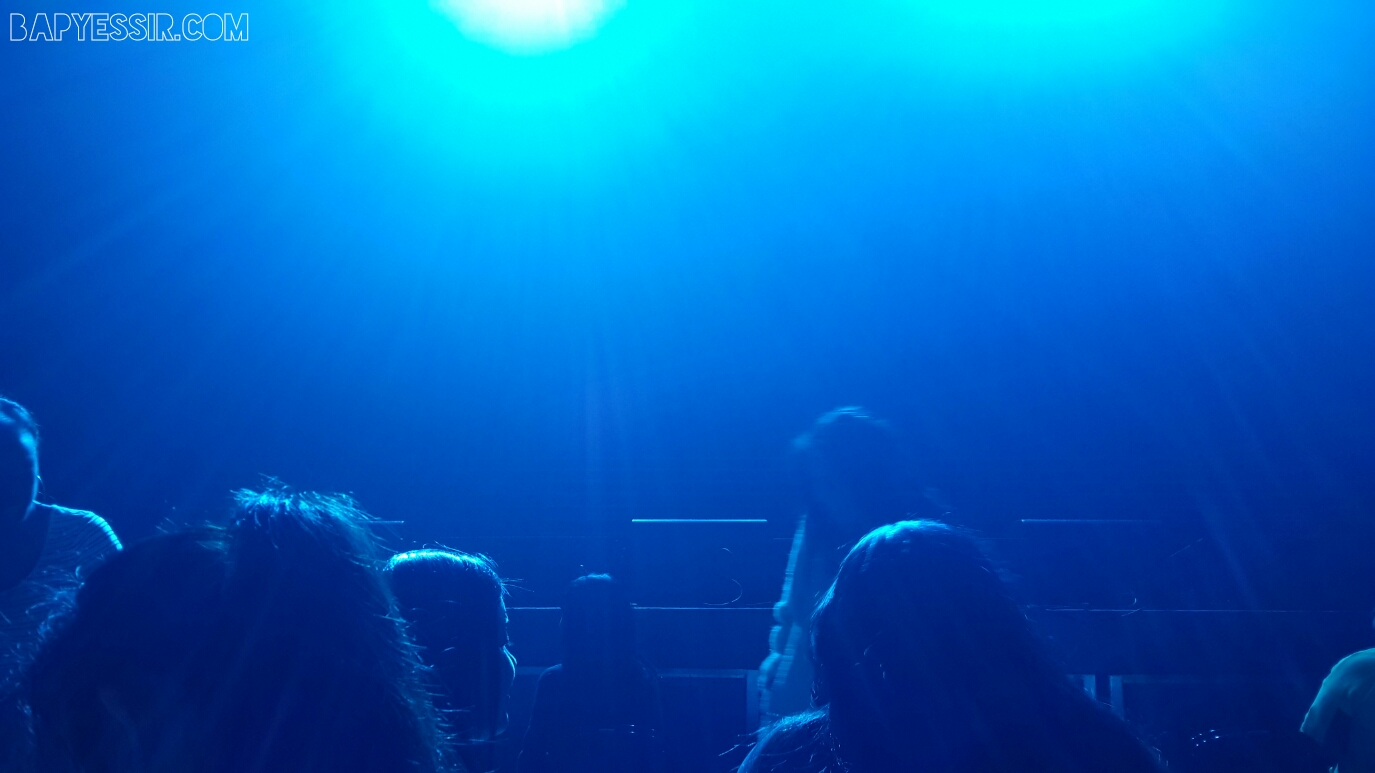 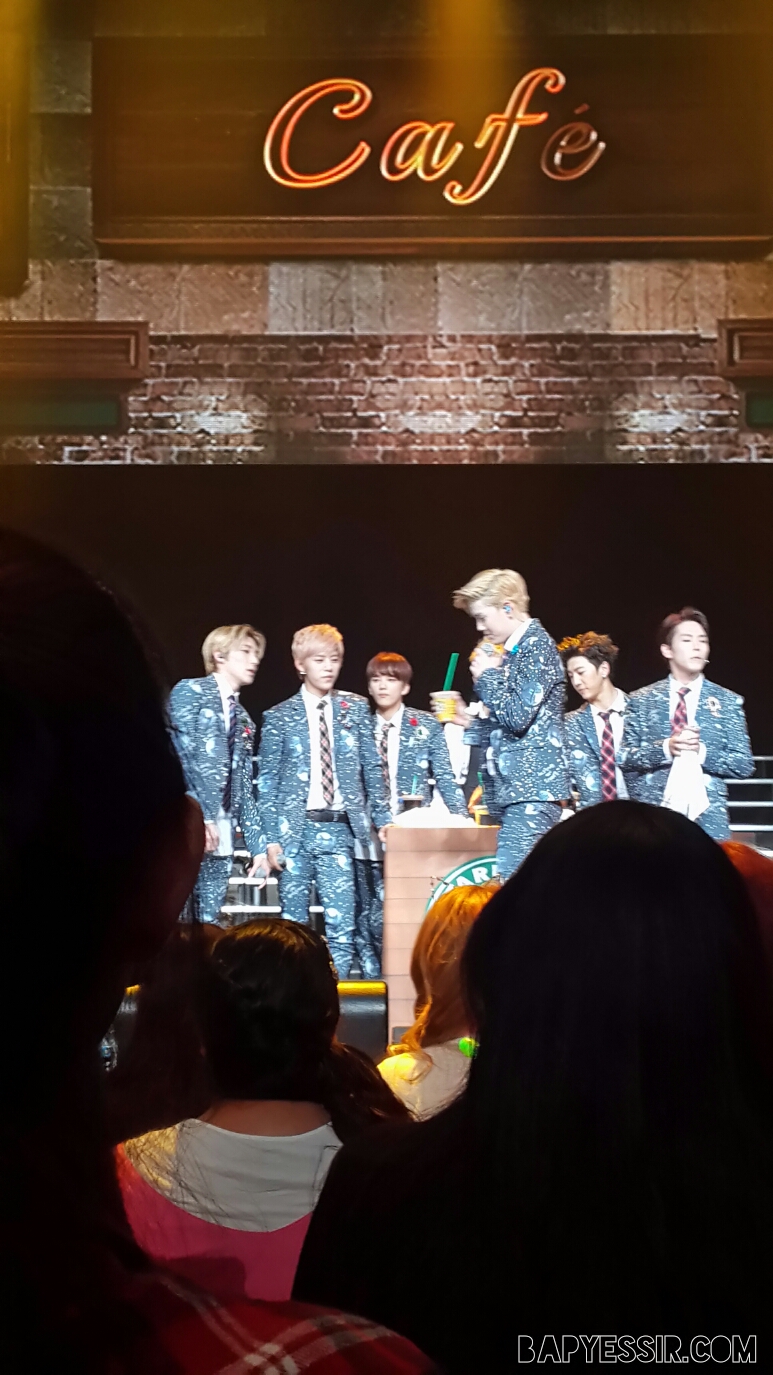 This was my first time seeing B.A.P in real life. I was freaking out almost the whole time but my favorite part was probably the Intro+Check On because I think its very cute they taught us some of the choreography and everyone was enjoying dancing it XD But I’m really happy I finally get to see SPY live. And during Coffee Shop, a lucky fan asked for orange juice and Daehyun was holding on to the orange juice cup like no its mine (lol cute * I’m sorry but bias XD *) BODY & SOUL OMG I have no words. It’s so funny though because when it was almost at ‘that part’ everyone lifted their phones higher to get a nicer shot lol. Excuse Me is one of my all time favorite songs so I was really happy to see them perform that song live <3 I basically just loved the whole concert. And when Himchan came out with his camera, he took a few pictures and I think something was wrong with the camera because he seemed to be changing the settings and he took a picture of his own hand to test it? 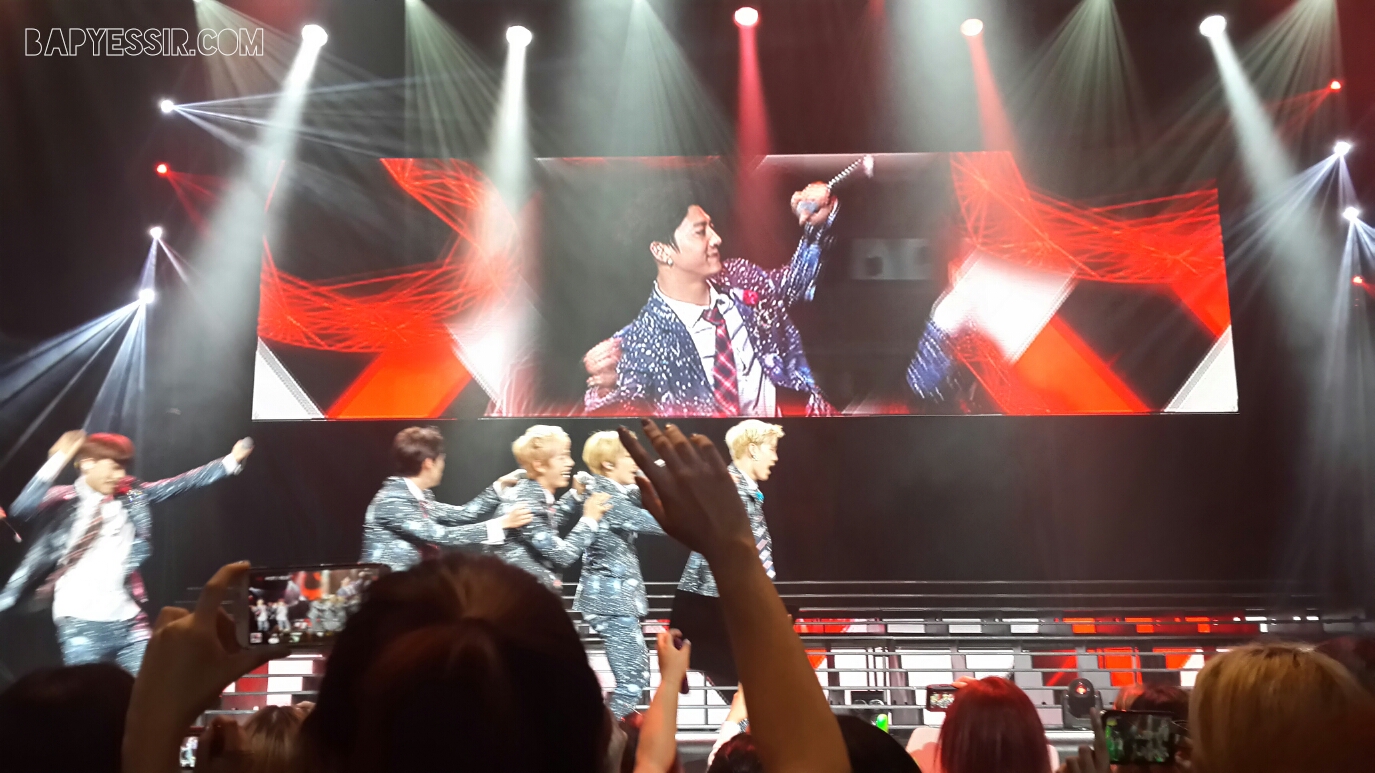 B.A.P IS REALLY BEAUTIFUL IN REAL LIFE I CAN’T. T^T They were all really sweet with fans, touching fans’ hands and I just love seeing them interact with fans, it’s the cutest thing ever. I loved Yongguk’s smile, in real life it’s even sweeter than in pictures. Junhong was like a baby giant XD. Youngjae was so cute and funny especially during talk sessions he made a weird (but really cute) noise. Himchan, omg he’s really sweet with fans like seriously how he looks at fans is just precious. Jongup was so good looking I can’t even and I just love seeing him dancing and having fun. Last but not least, Daehyun he was so handsome I NEED AIR DX. 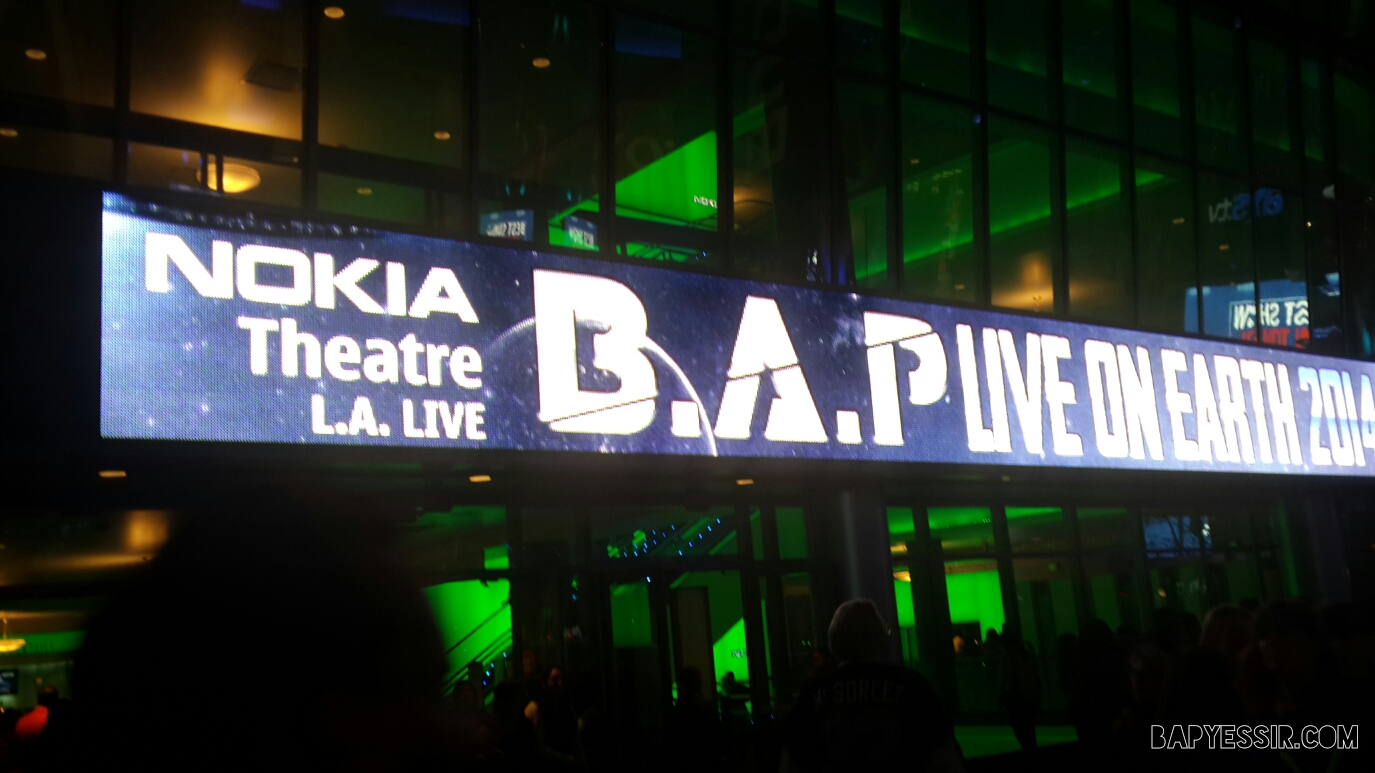 I just love B.A.P so much I never regret being a Baby, and never will. Thank you for reading guys~ <3