B.A.P in Hallyu Pia May Edition

Do not remove watermark & please credit bapyessir.com when sharing

[NOTES]
- This edition was released April 22, and can usually be purchased online through amazon.co.jp or HMV Online, and is around 1000 yen 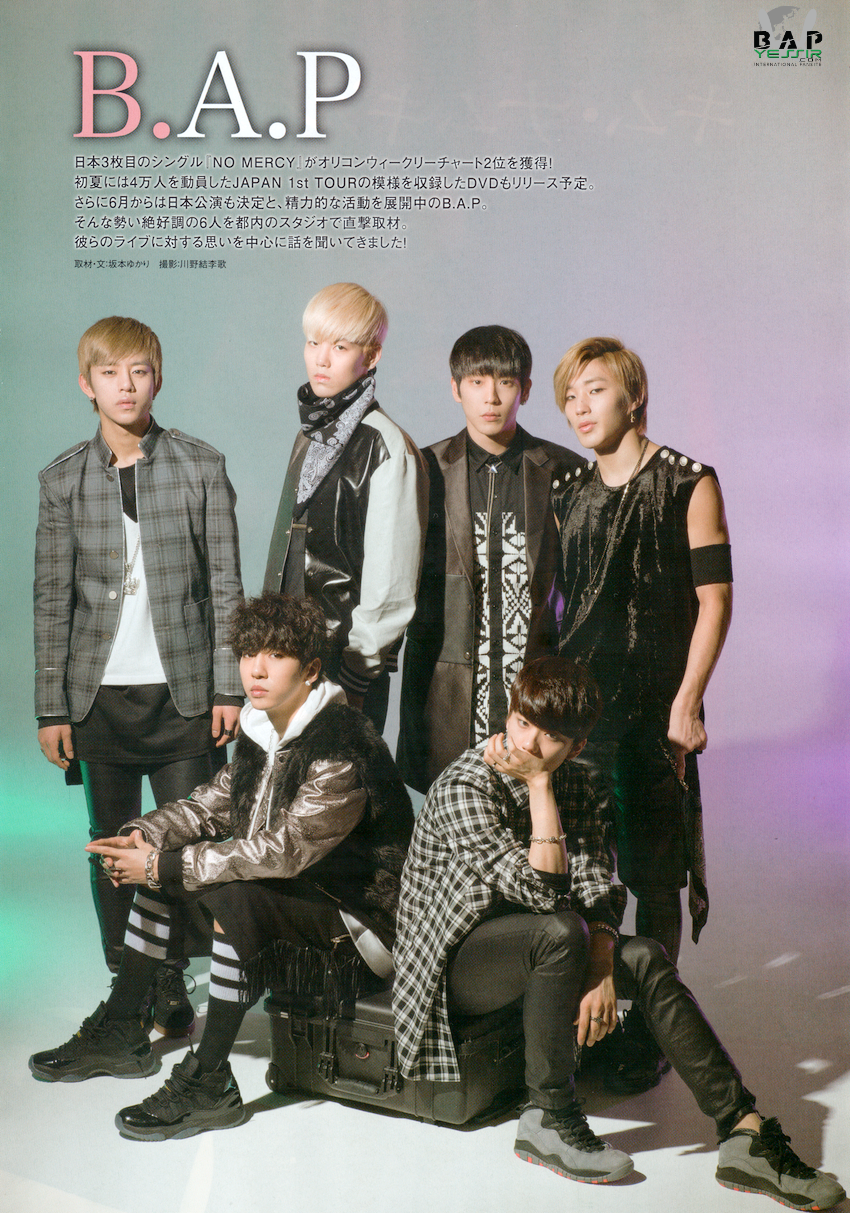 
"We want to make it a concert where people go, feel things and change because of it"

The start of a 4 continent Pacific Tour!

They won their first #1 on a music show in Korea in February. They're releasing their third Japanese single, 'No Mercy' in April, and the release of the DVD of their first Japanese Arena tour is planned for early summer. We asked B.A.P, who are still on a roll in 2014, about their upcoming concerts.

The concept of your first Arena Tour had a story behind it, right?
YG: B.A.P were created as warriors, so we wanted to express that as well as the type of music we do. We wanted to show B.A.P's everything.
DH: We paid a lot of attention to the opening. Please also look at the sets on stage.
JU: For the first time, we also showed the emotions of the songs by making a kind of drama.
HC: Please also look forward to never seen before off shots as well as backstage footage in the DVD.

Starting with Seoul last March, you're already having a 4 continents Pacific Tour, going to Asia, Europe, America, and Australia. There's also a lot of anticipation for your concerts in Japan next June.
JU: This time us 6 all have a different theme: Justice, Emotion, Passion, Love, Happiness, and You. We were charged with the mission to go around the world and convey what the earth needs. Simply put, we don't want to only perform, but we also want to deliver a message. We're happy if people feel something when they see it and change because of it.
HC: We want to turn it into into a concert that leaves something even after it ends, we want to make it meaningful.

How are your rooms split during the tour? Please give them a name.
YJ: We could change our rooms if we wanted but it always ends up being the same. But we're free.
HC: I guess mine and Yongguk's room is the Grandpa Room? Ah, after all I'll call it the Dark Room. (laughs) It's because we wake up late in the morning. We're the complete opposite from Daehyun. (laughs)
JU: I room with Zelo…
DH: Zelo can never wake up in the morning so he always ends up ordering room service. (laughs) I'm proud of the fact that I never missed breakfast once, even in Japan, because I always wake up early in the morning. I'm the type to think about the schedules for the whole day before on deciding things. So I think about the time I need to wake up and shower, eat breakfast and have my makeup done before deciding at what time to sleep and what time to wake up.
HC: Daehyun-kun is organized. By the way, in the 24 years I have lived, I haven't eaten breakfast a single time.

Lastly, please tell us your aspirations for this tour!
Z: I want to use the tour as a time for people to feel and know B.A.P's different colors even more.
YJ: Since people are sparing their time to come see us perform, I want them to make wonderful memories.
DH: We'll show you more than you can imagine!

[About organized Daehyun] He's the kind of person to think about his whole schedule before planning his day. He always brings everything he might need when traveling. "Before, I used to bring a bunch of things for me to use, but now I bring them thinking the members might need them. But lately some of them take this for granted (laughs)" But he doesn't have a lot of luggage. "I always pack my luggage while thinking about space. People who pack carelessly have a lot of luggage", he laughs bitterly. 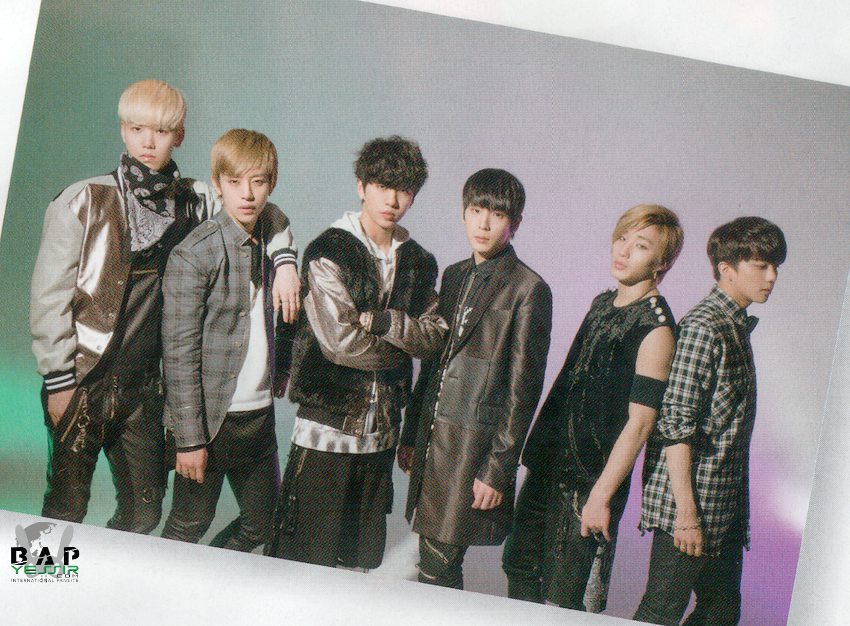