B.A.P Attacks New York City on the First Stop of Their "Live on Earth 2014" Tour 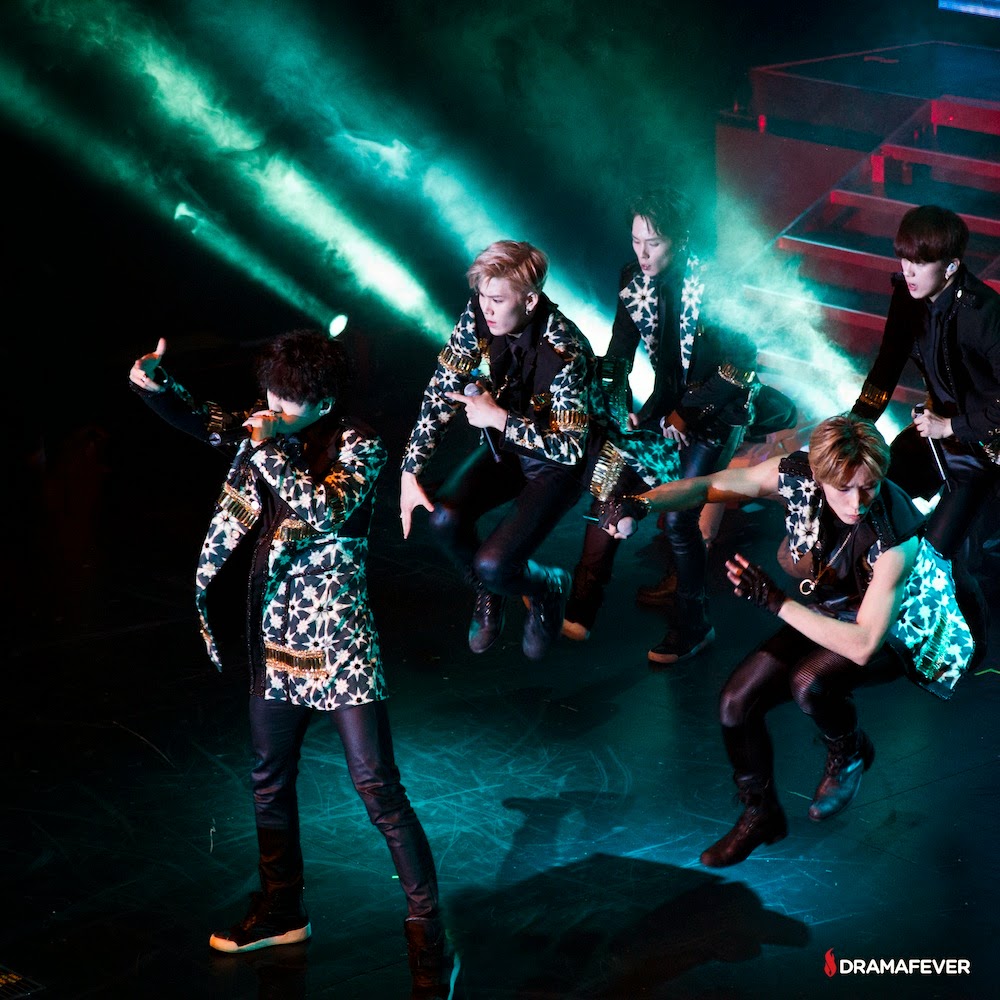 B.A.P gave an otherworldy performance in New York City on the first stop of their "Live on Earth 2014" tour, and DramaFever was able to experience all the extraterrestrial action thanks to Mnet America. Take a look at the incredible highlights of the show, and be prepared to be blown away when they come to a city near you!
The concert began with the coolest opener I have ever seen as mysterious footage of an "alien encounter" played, building anticipation in fans until the B.A.P boys attacked the crowd in a surreal display of dancing and singing abilities. But allow me to show you instead of telling you! Here's a video capturing parts of the opening and the first three songs:

Even though this was the second time B.A.P visited New York City, this was my first B.A.P concert, and I was definitely not disappointed! The six B.A.P boys exceeded all my expectations by proving that they are not just an average K-pop boy band. The energy stayed strong all night as they powered through song after song to the extreme delight of their "Babies." 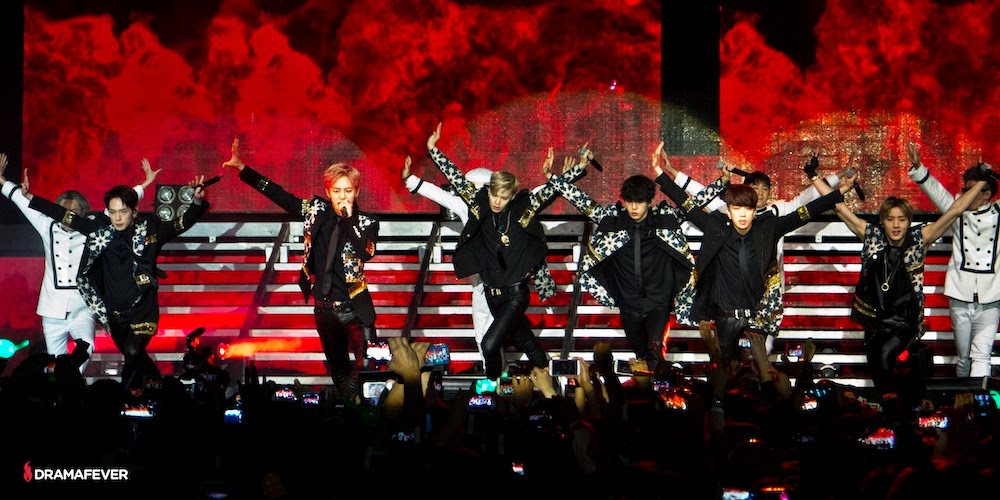 It's rare to find a group where each member can not only dance, but is also an incredible singer, but B.A.P has that one down. 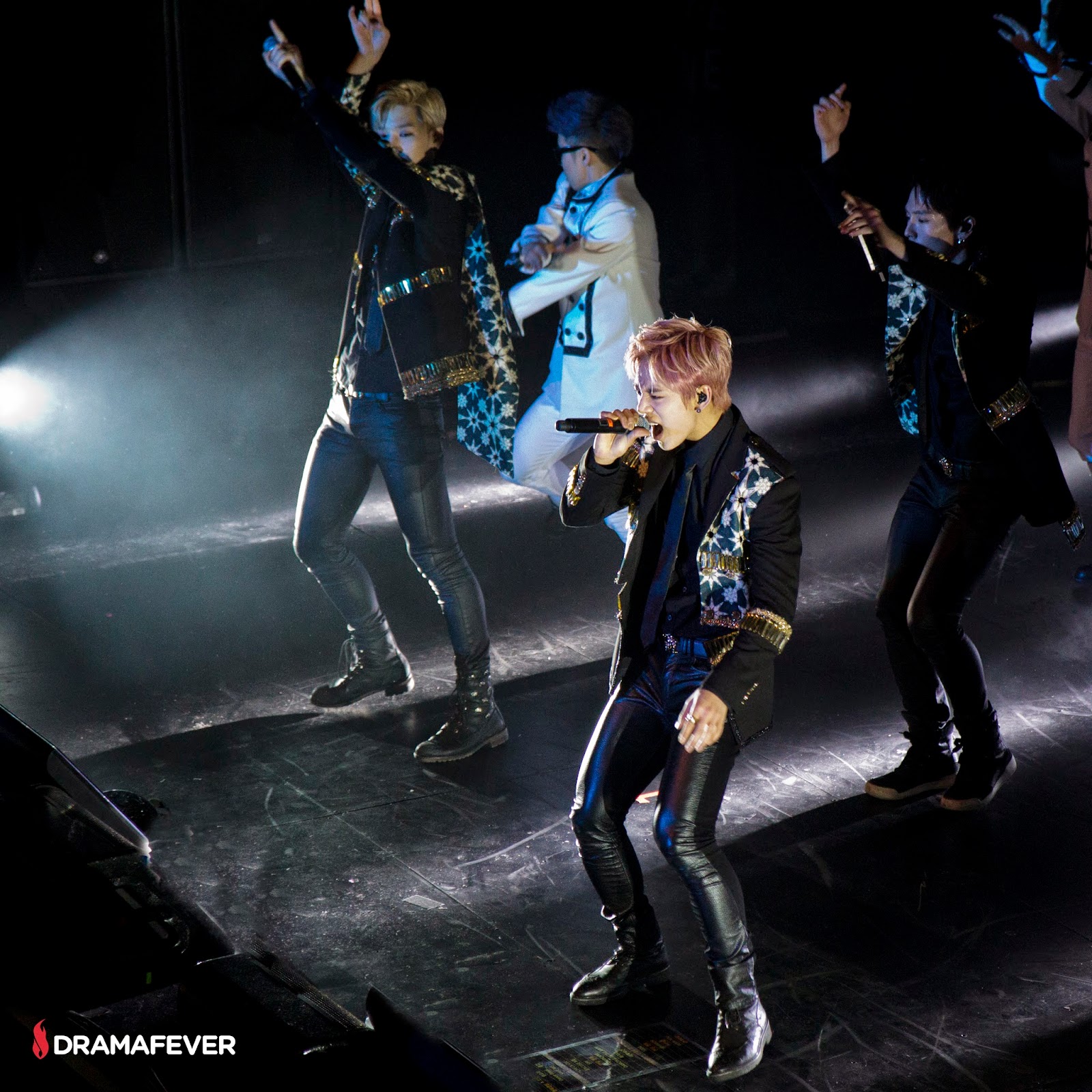 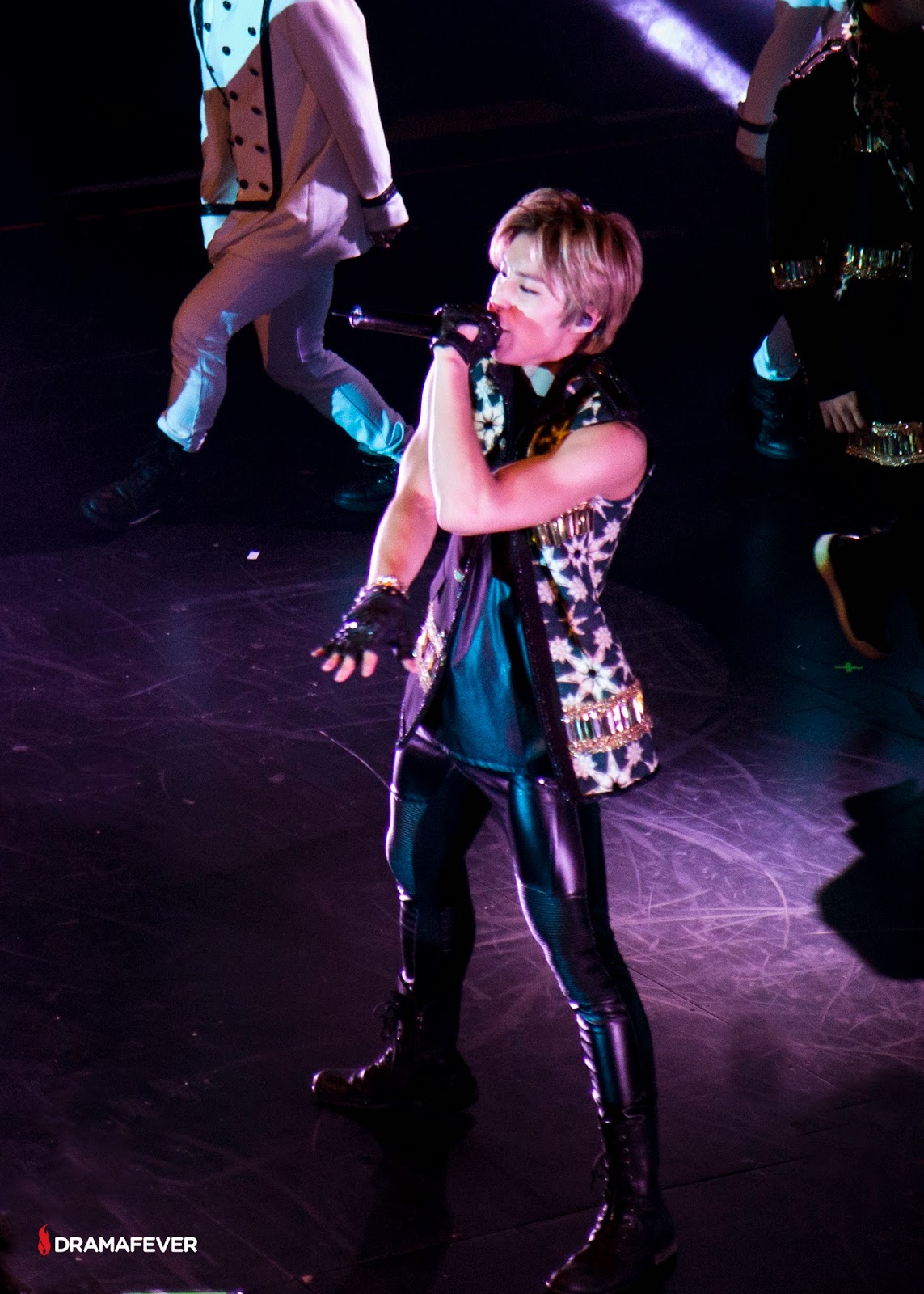 The boys kept up a perfect pace by switching between sets of songs that were upbeat with high intensity and sets of ballad songs that wooed the crowd and gave them a much needed rest. 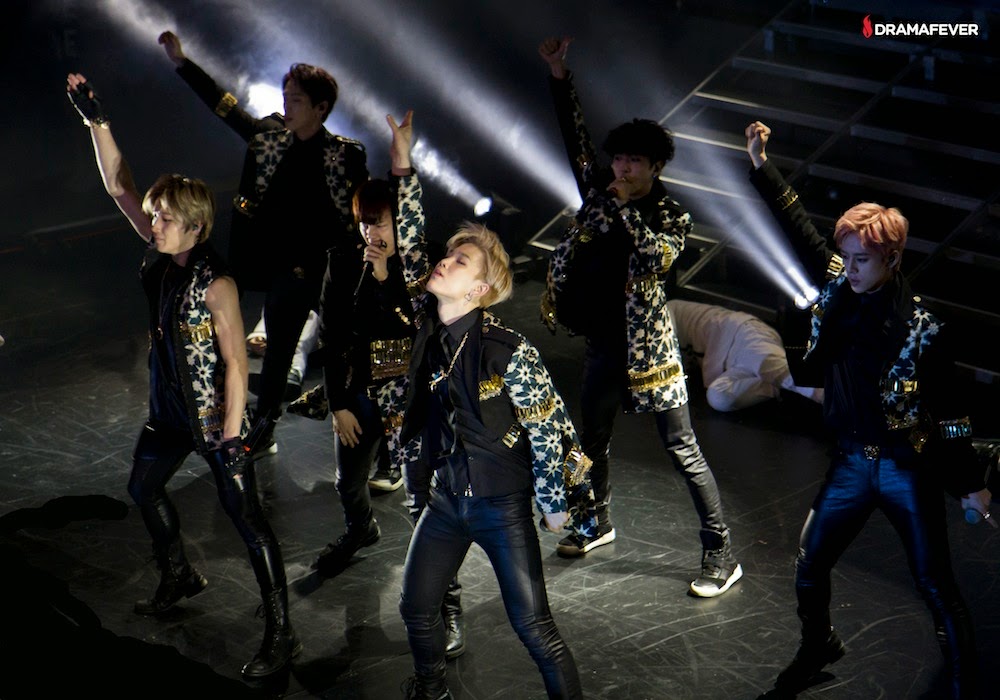 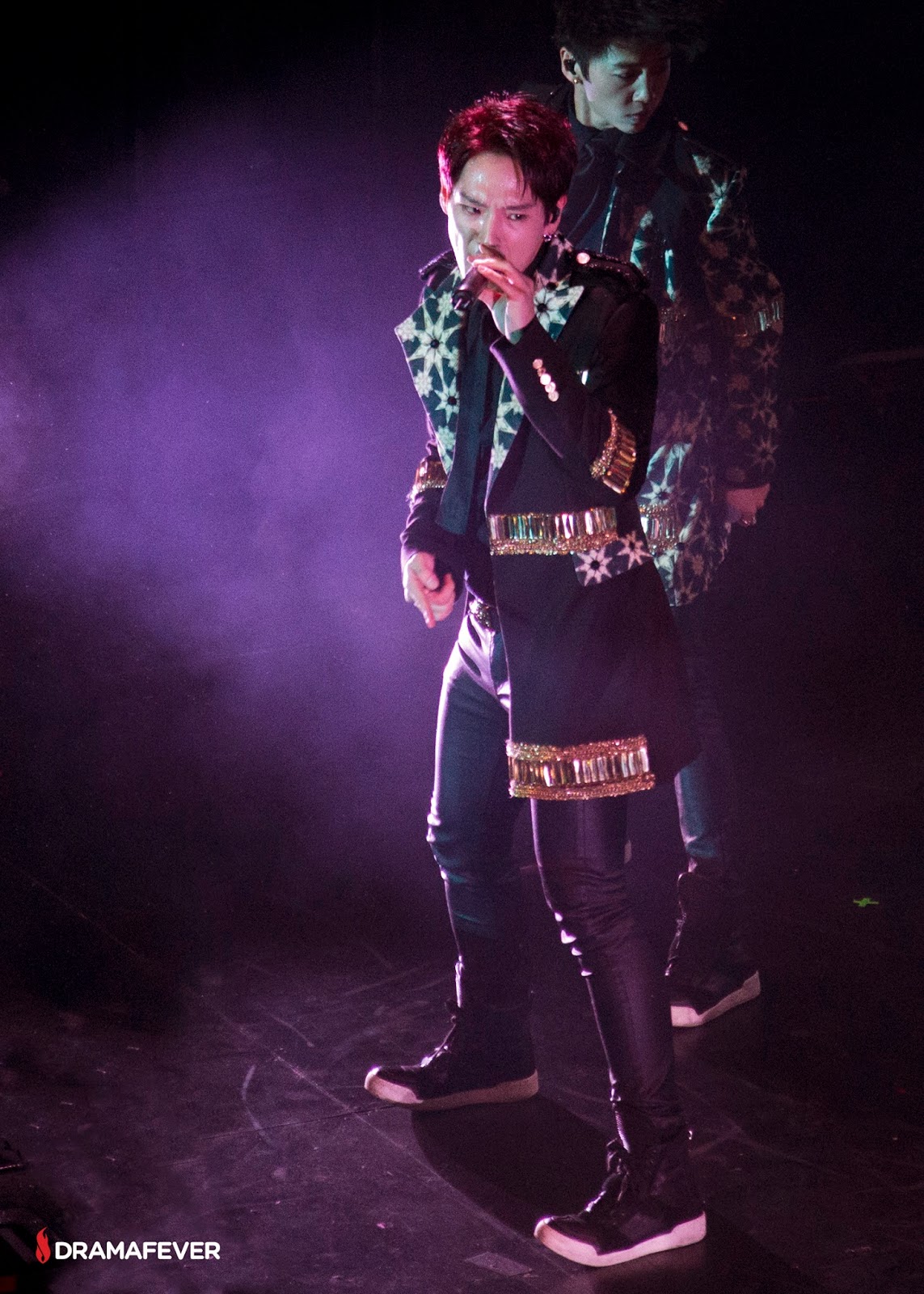 Each set change was also accompanied by a costume change, my favorite being their suits with stars on them and their all white casual outfits. 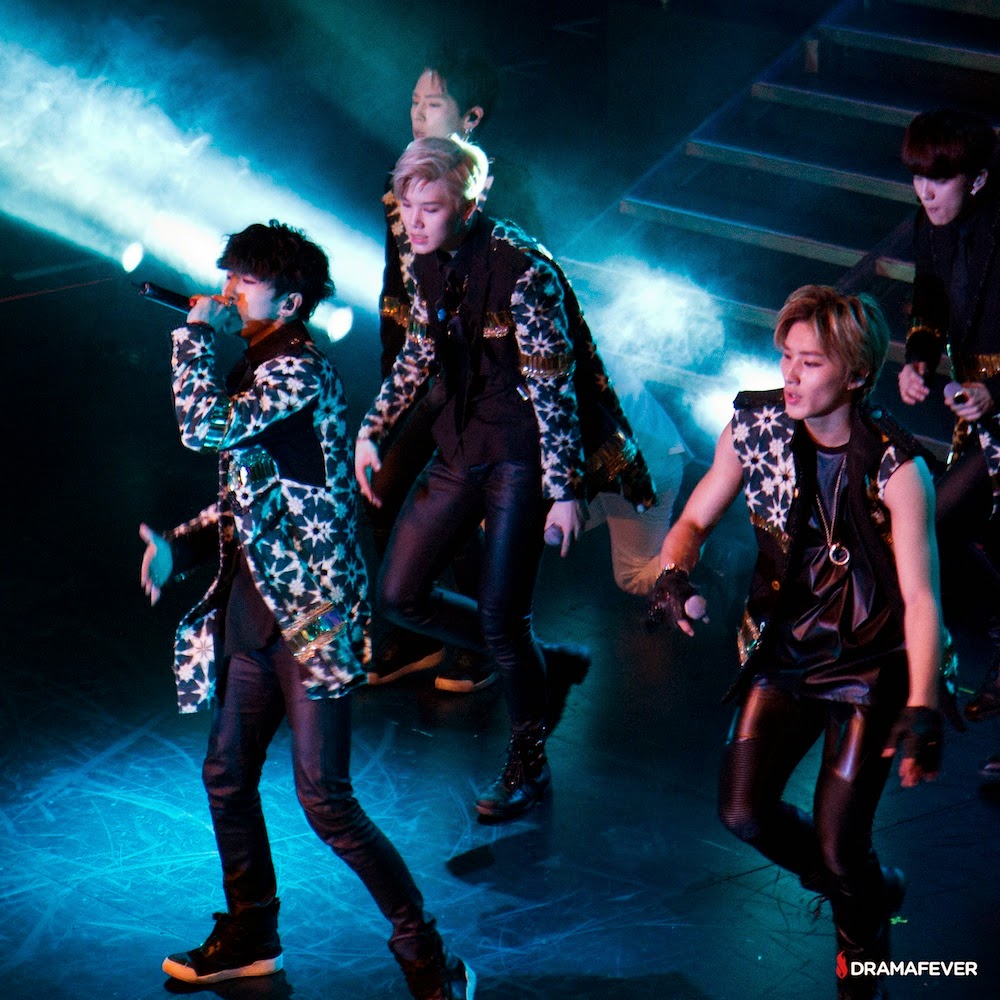 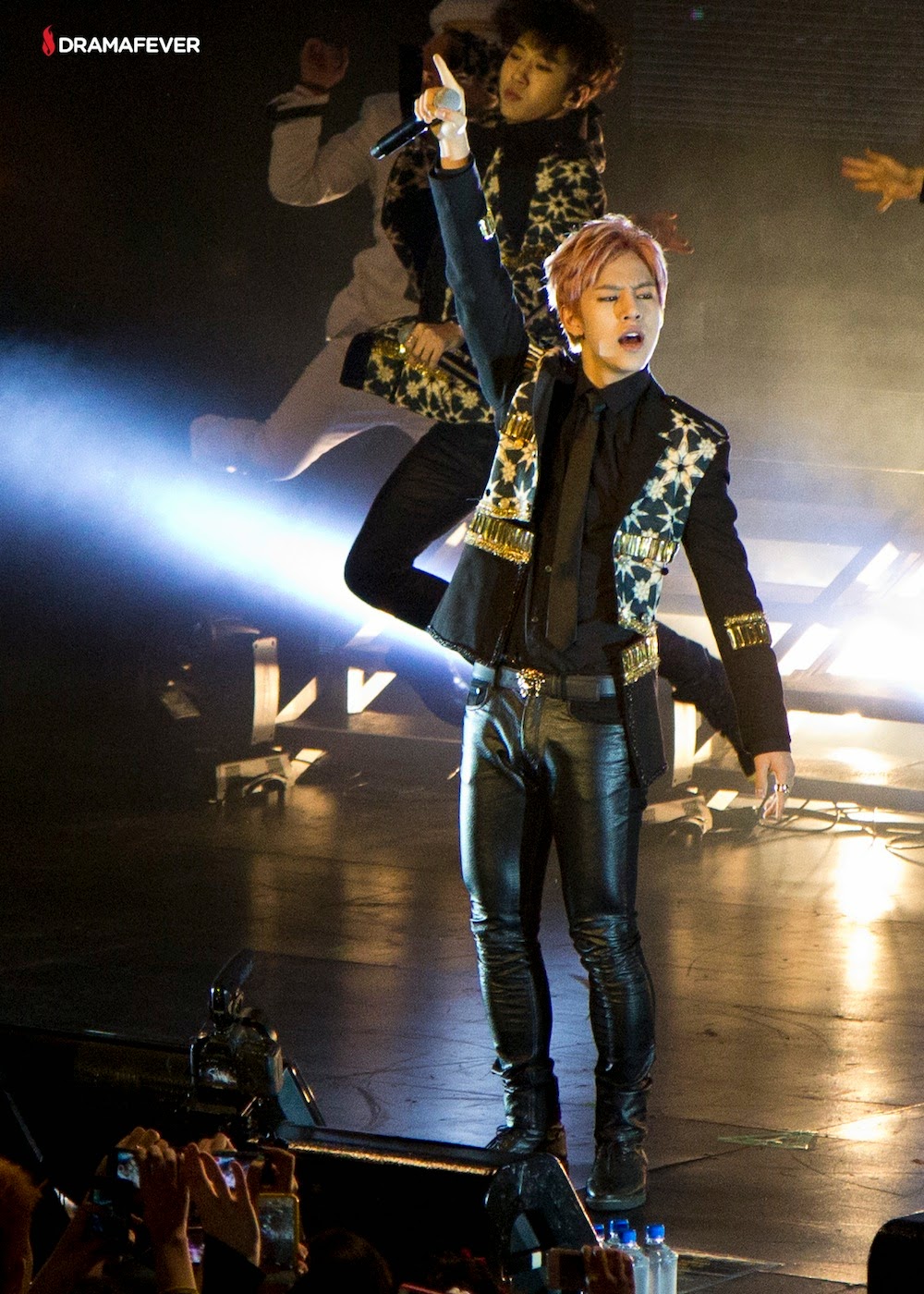 I was impressed by not only their singing skills, but also by the dancing, which was very synchronized and required a level of skill I rarely see. 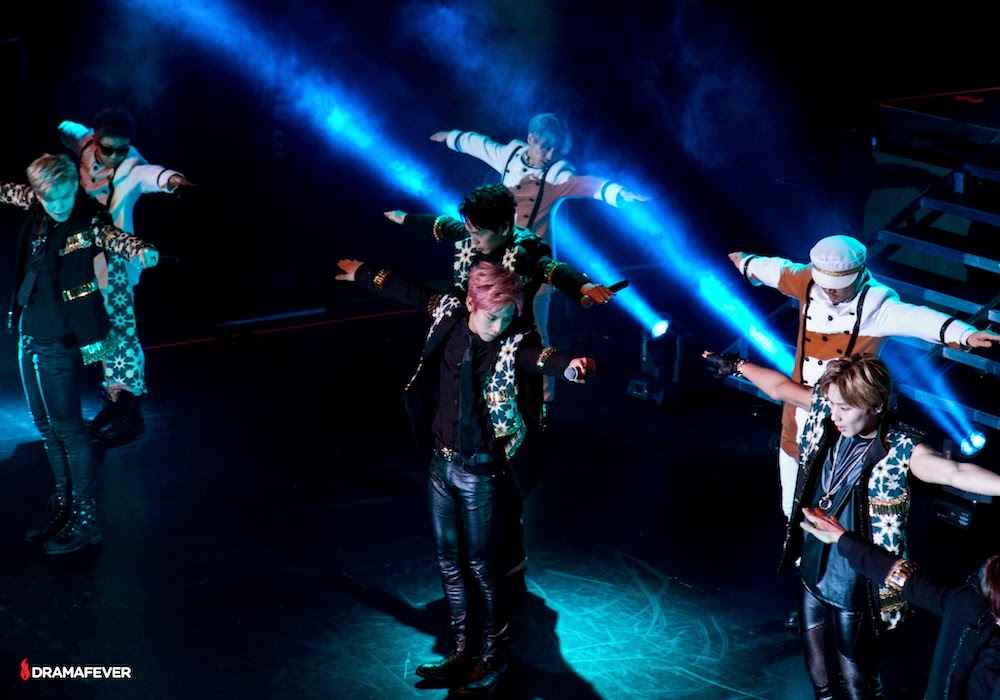 The only adorable exception to this was Jongup, who often broke out not because he lacks dancing skills, in fact he has some of the most incredible break dancing and gymnastic skills I've ever seen, but because he couldn't resist giving fan service to nearby Babies. He also continuously had a look of pure joy on his face throughout the night, a sign of a performer who loves their work and fans! Some of my favorite choreography was the pretend fights between the members. Stage fighting, especially while dancing, is harder than it looks! 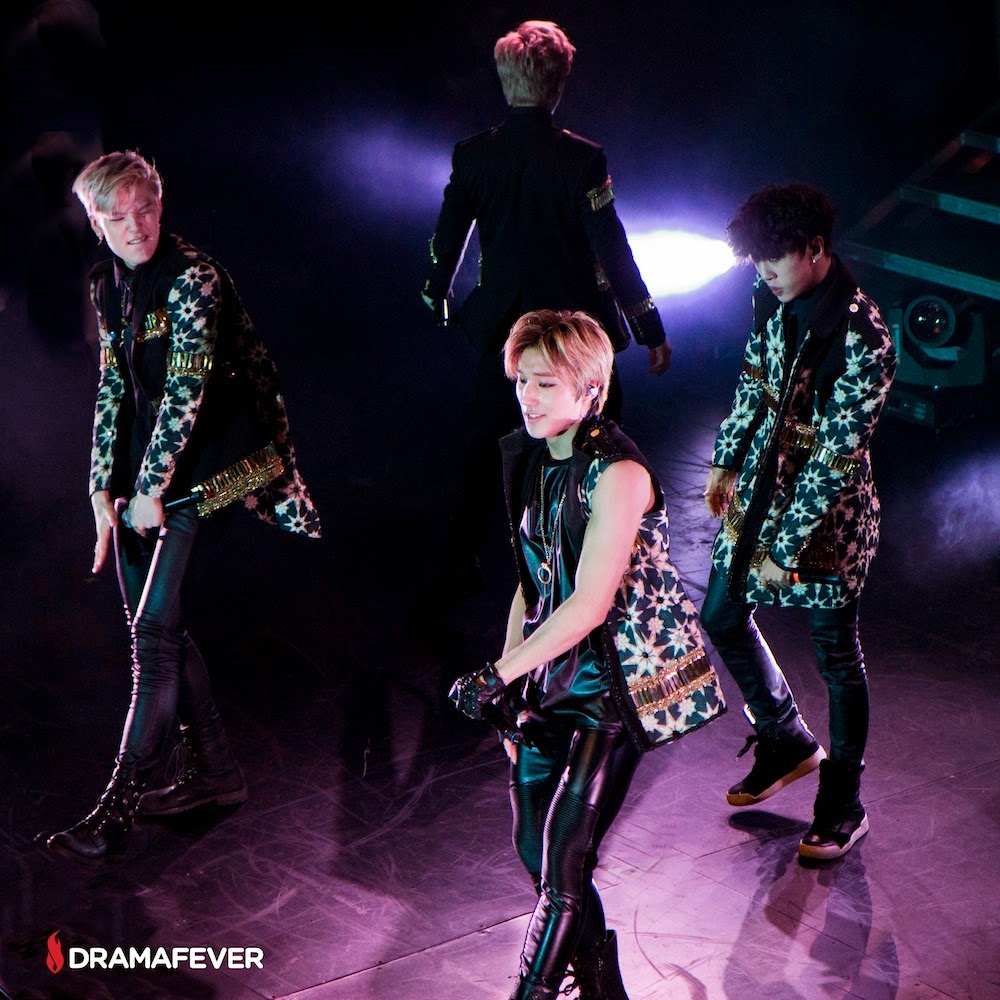 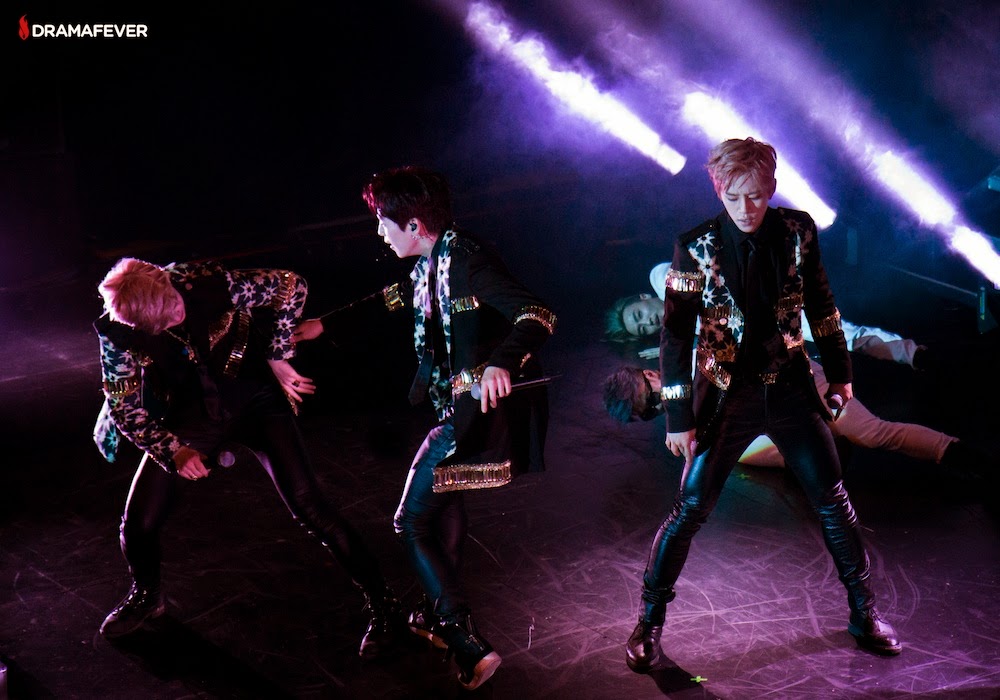 B.A.P had a powerful stage presence that no one at the concert is soon to forget! 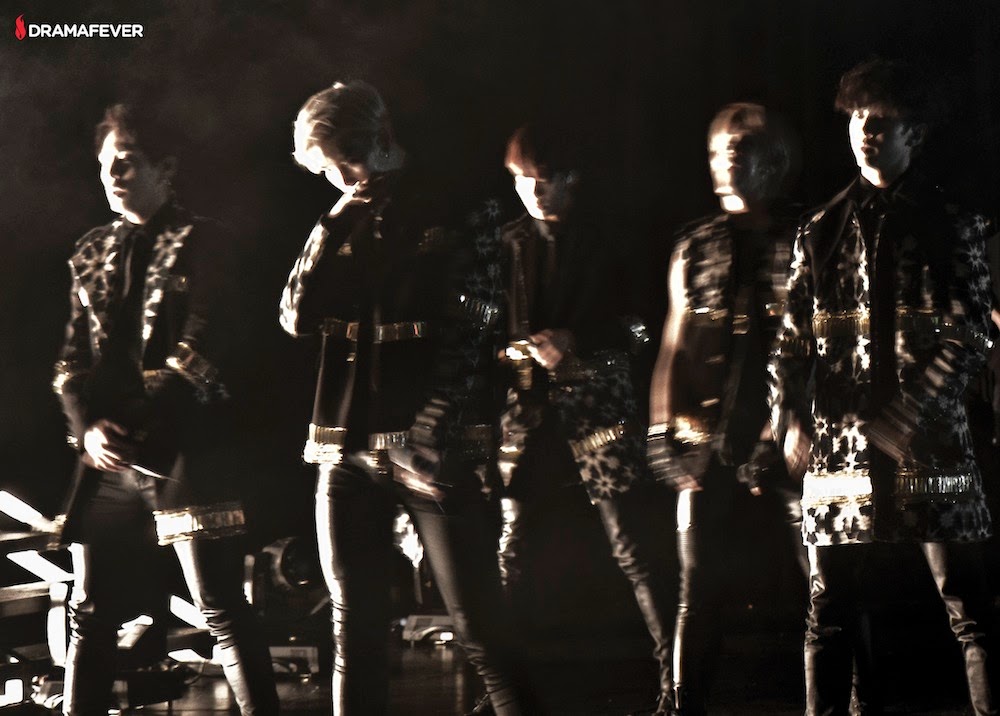 B.A.P's "Live On Earth Tour 2014" continues across the world, and we wish them the best of luck and another successful year. Come back to New York City soon, B.A.P!