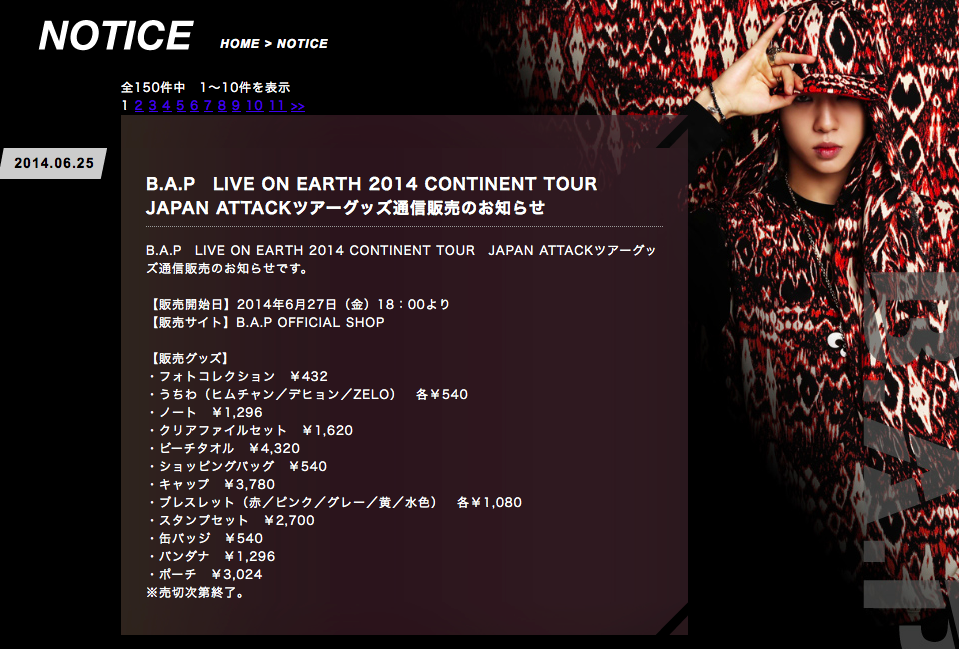 B.A.P Japan Official shop will be selling goods from the LOE 2014 Japan Attack tour. The prices are higher than they were for the actual tour though:

Sale of these items will start June 27 from 6pm in B.A.P Japan Official Shop
(Note that they do not ship internationally)

The shop will also be doing exchanges for the Daehyun clear files sold at the first LOE 2014 Japan shows as they had been printed with Jongup rather than Daehyun's signature on them.

You will need to send the file to this address and they will send a new one. (they make no mention about international shipping, so not sure if Babys who were only in Japan at that time but are now in their home country can take advantage of this or not...)

[NOTE]
International Babys will need to use third party sites/auctions/sns to get tickets as Japanese ticketing sites do not accept international addresses when placing orders for tickets. Here is a good place to start, though note that there will be no seat information until sellers actually recieve their tickets, we never know our seat numbers in Japan until they mail out tickets a couple weeks before the shows. 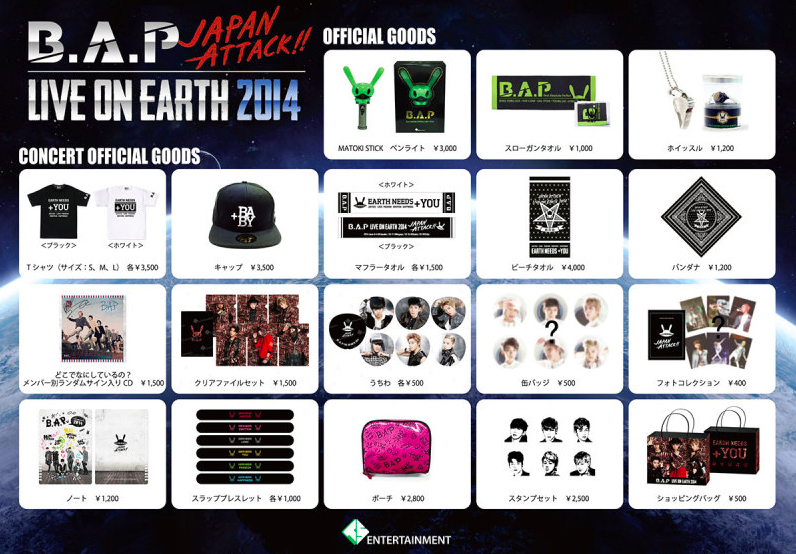 June 21 (sat) Chiba : Makuhari Messe **
June 22 (sun) Chiba : Makuhari Messe
NOTE: For the Chiba shows it seems there will be standing area near the stage rather than numbered seats, so you will get a random number at the venue which will decided the order in which Babys enter the venue (so if you get number 1, you are first to enter the venue while if you are number 500 you will be further from the stage as you enter later)
Chiba June 21 doors open 3:30pm, show starts at 5:00pm *this date was just added since there was such demand for tickets
Chiba June 22 doors open 4:30pm, show starts at 6:00pm
(All times are JST) 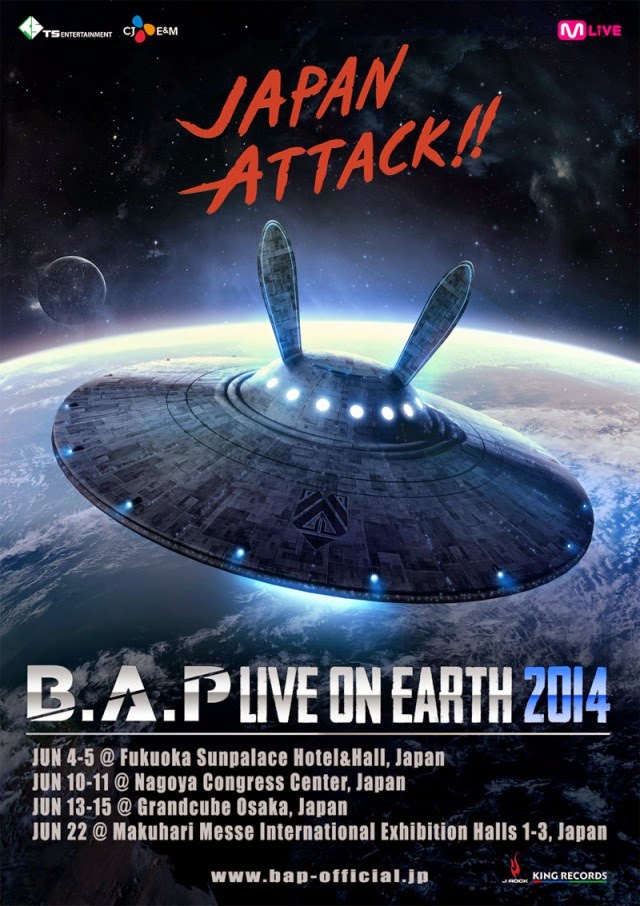