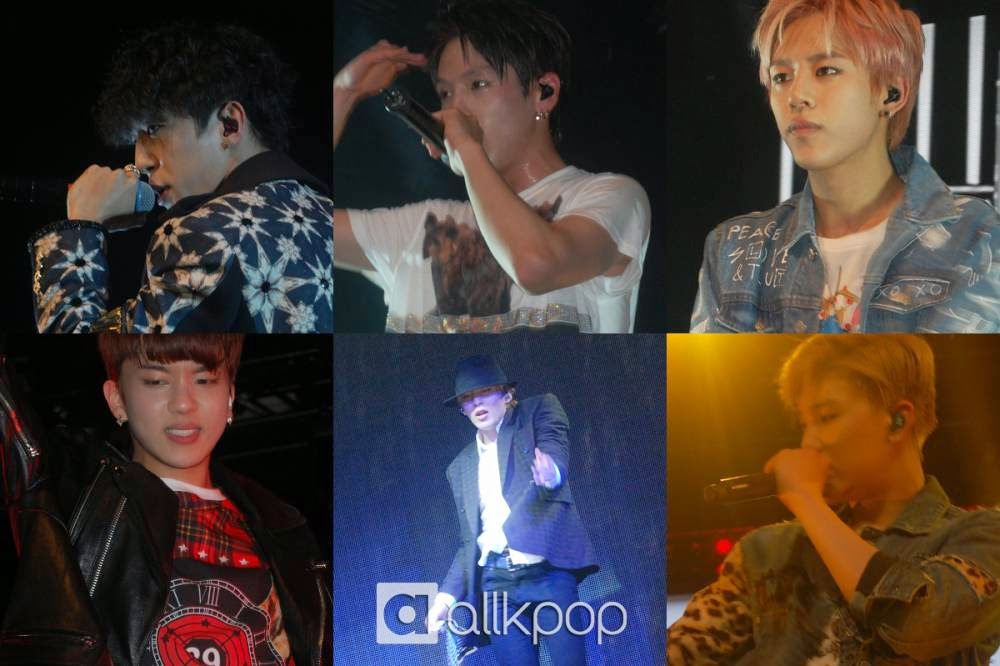 On April 13th, the B.A.P boys touched down in New York for their 2nd ever concert in the Big Apple!
One of the staff members told me that there were girls waiting overnight, and I know some people who were there from the crack of dawn to see their boys up close. The doors opened at 6:30, and fans poured into the Best Buy Theater to get as close as they could.
Sadly enough, with so little space to breathe and move comfortably, I saw one girl getting carried out even before the concert started. Throughout the concert, the crowd had to part here and there to allow room for various girls to get carried out. All this even though the staff did their best to cool the audience down by fanning them, cranking up the AC, spraying them with cool water, and handing out water bottles continuously. 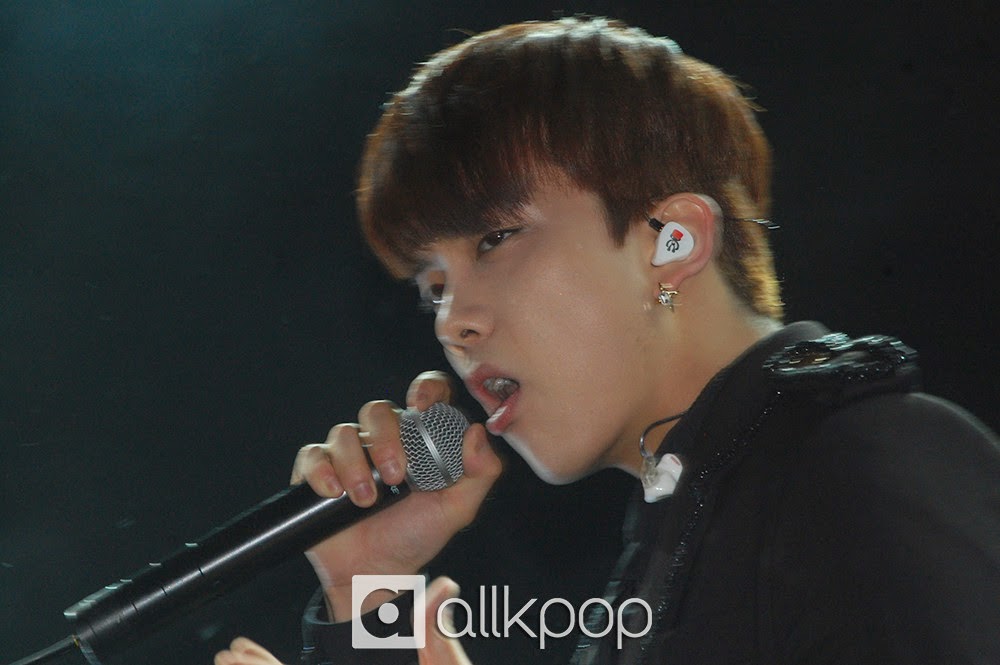 Well, the concert started a little later than 7:30 PM. The boys didn't come out right away - the concert started with an intro video instead. B.A.P finally walked onto stage with their hit "One Shot," and everyone in the audience cheered from the top of their lungs and sang along with the boys. The concert continued right on to "Badman" after that. 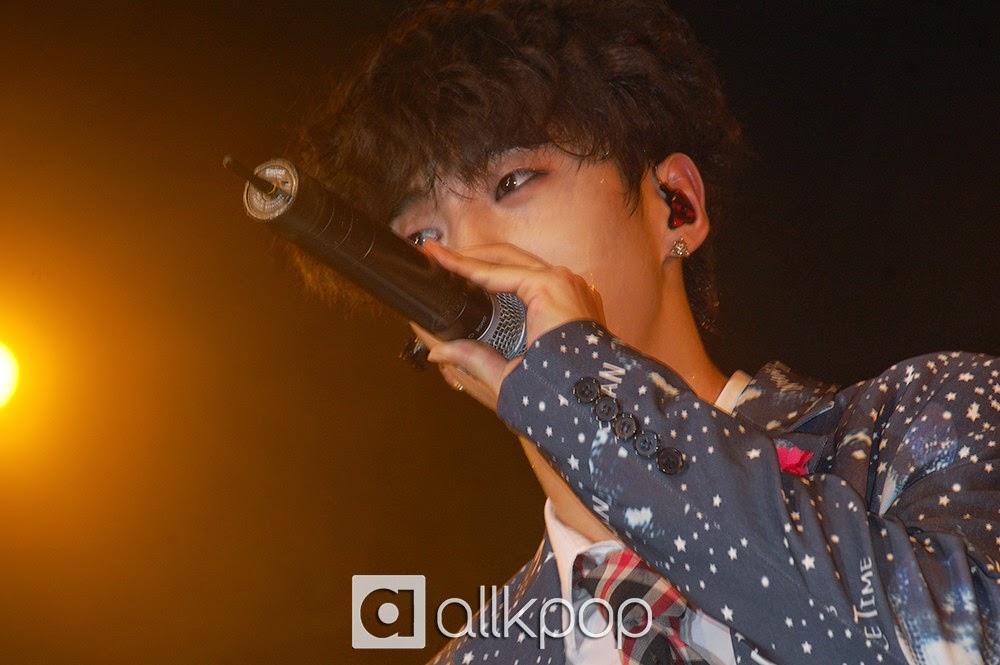 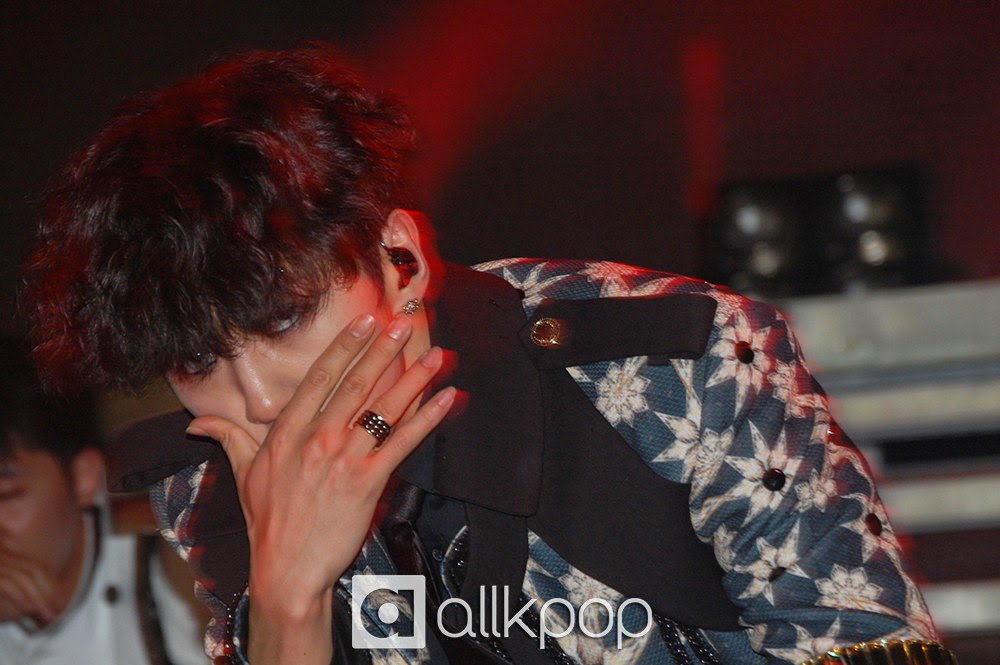 After "Badman," Bang Yong Guk took a bit of time to introduce "Power," and then the boys took the concert to a little brighter tone with "Lovesick." At this point, it wasn't just the fans that were getting hot - the boys were dripping with sweat! Thankfully they were supplied with a lot of water and towels (Himchan kept throwing the towels to the crowd after he was done, too, so I guess it was a plus for both the boys and the fans).
Himchan was also wearing a dark red jacket, which bled into his white shirt and kept making it pink... They were sweating a lot. 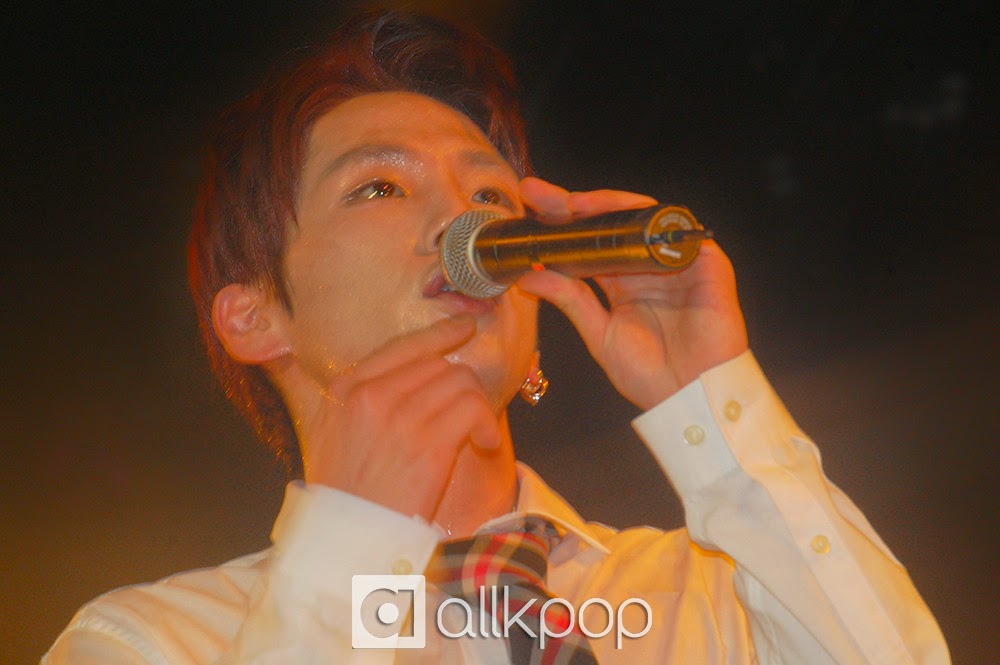 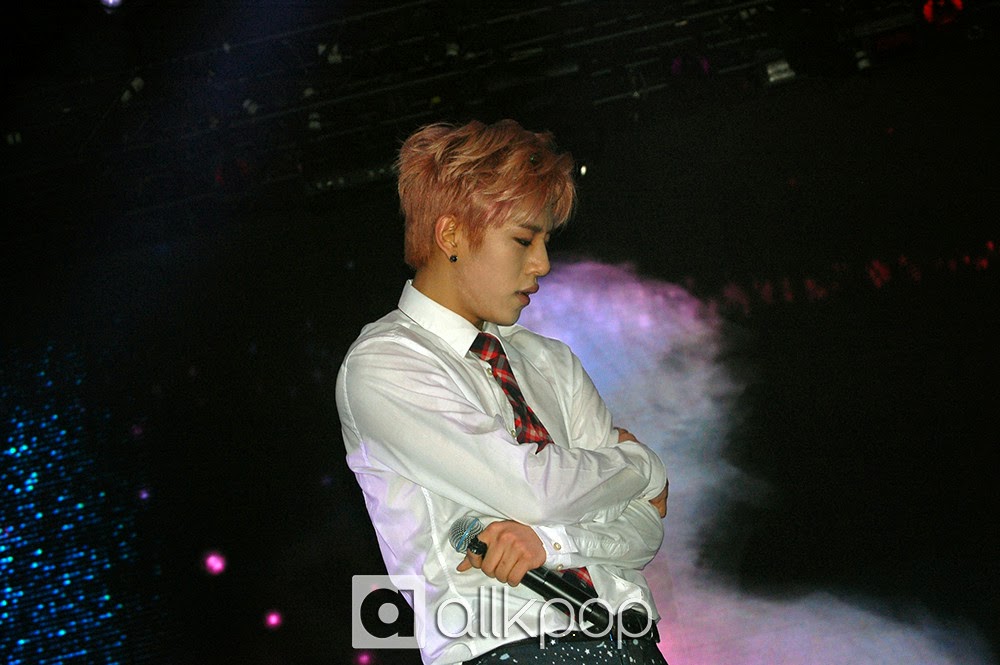 The boys took a little break for a talk, greeting all their fans in English. In fact, throughout the concert, the boys made their best effort to communicate with their fans in English only. Behind them, a coffee cart strolled out, and everyone knew what was coming up - "Coffee Shop"! One lucky fan got coffee from Zelo before the song started. 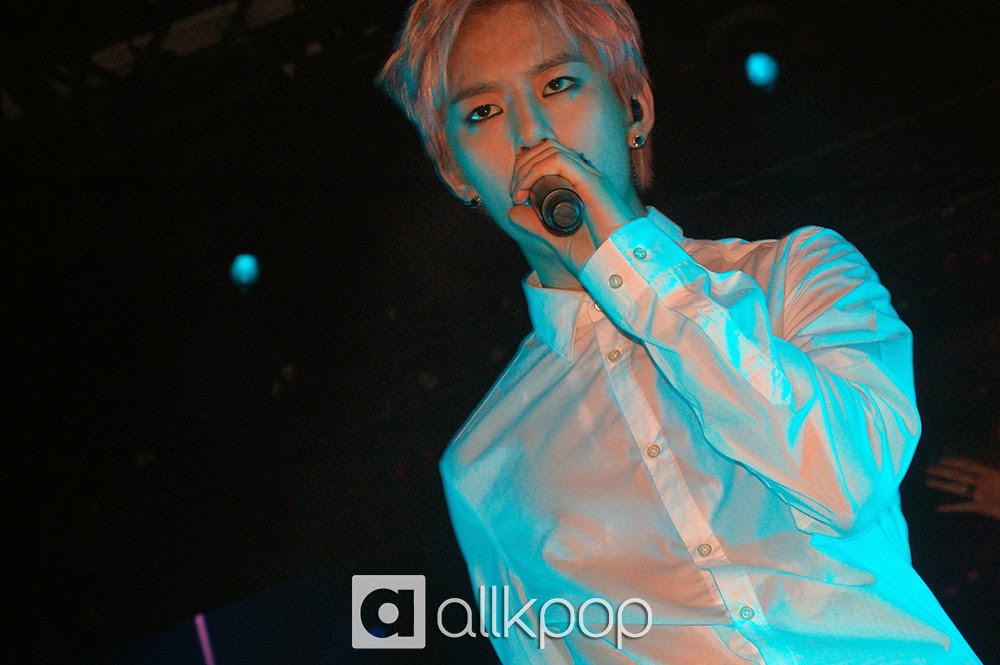 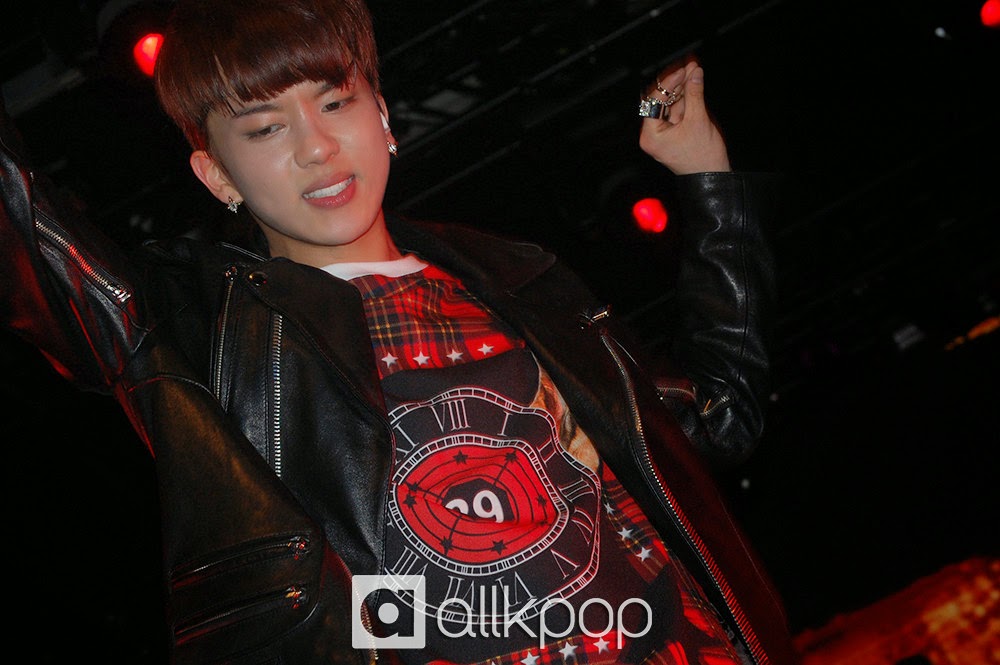 Right after "Coffee Shop" came "Body & Soul" and okay let me tell you - I was not ready for what happened during this stage. I didn't get a video or a photo of it but.... Let me just say I was all the way up in the front row at the fence, and Jongup was in front of my face. For those of you who weren't at the concert, I can't put this into words, so let me borrow a gif: (credit to @jaejaepapi on Tumblr)

Anyway. Before anyone could recover from that, the boys were already going into "Punch," and then "No Mercy." Personally, I love Bang Yong Guk's beginning satoori rap for "No Mercy," so I screamed it right along.... I'm sure all of you there were doing it, too :D "Bang X2" followed after that.
The boys took a short break while the stage was set up, and all the fans knew what was coming when they saw the chairs getting set up - "Rain Sound"! This is my favorite B.A.P song, so I took a video of it. Please excuse my shoddy quality. I forgot how to focus on my phone camera until like the end of the concert..... (Can you figure out who my bias is? ..Okay it's not that hard, I get it.)

Jongup then took the stage for a bit of a solo dance break. This was the only kind of solo or special stage during the concert, which made me a bit sad because the last time they were here, the boys had a lot of fun paired stages. The stage then turned to "Save Me," my 2nd favorite B.A.P song ever, but alas I was too excited to take a video.... (But maybe that was for the best, seeing the not-so-great quality of my fancams...) 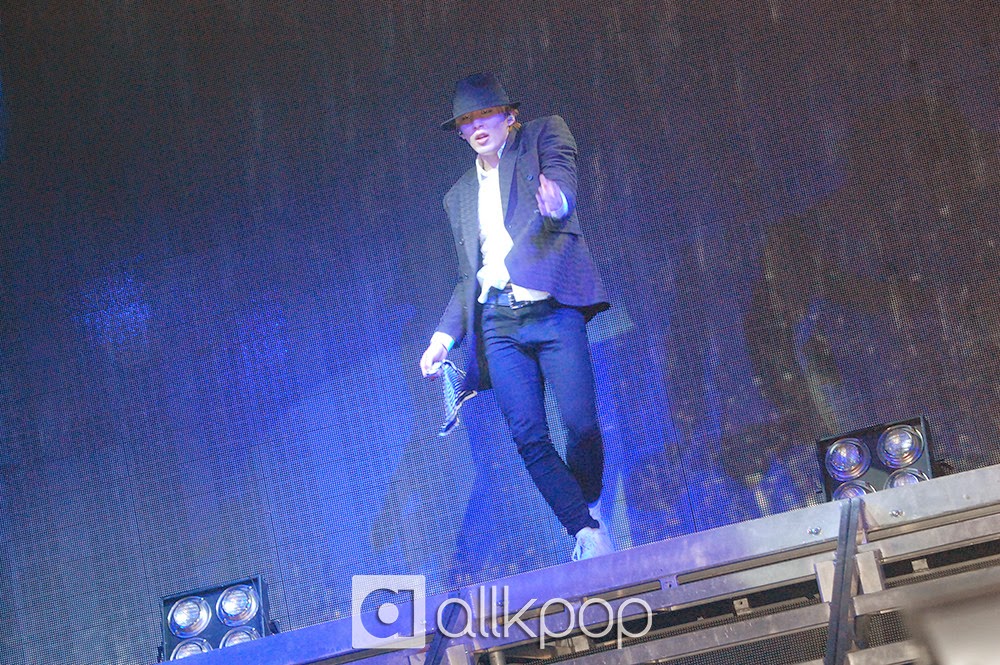 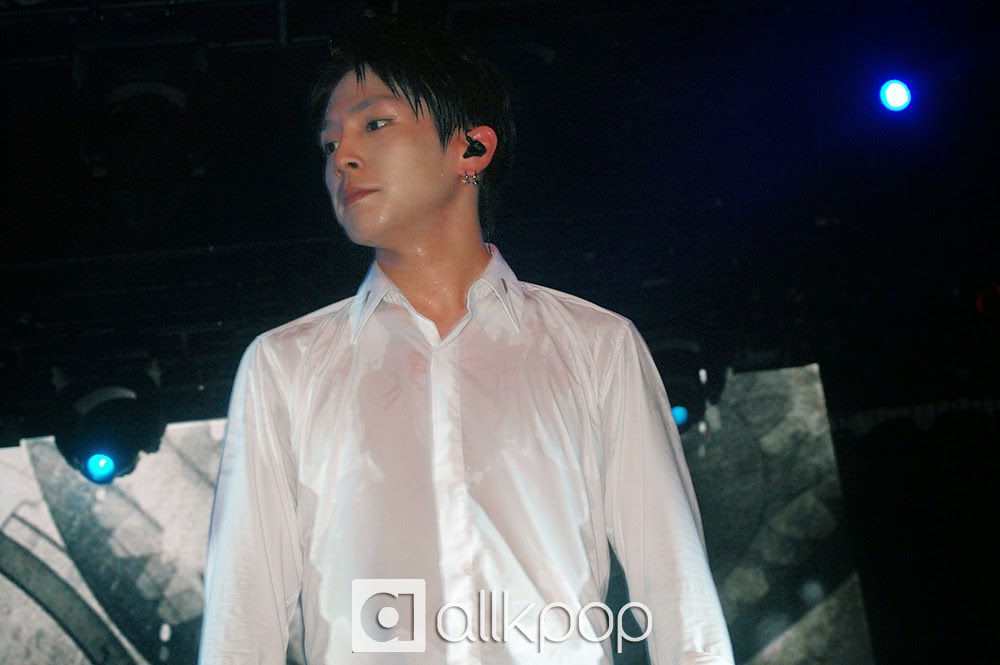 After "Save Me," we got a cute little video and two members (or back dancers?)  in horse masks teaching us a group dance for "Check On." I'm going to bet they were back dancers, although one of them was kind of tall and could have been Zelo. After "Check On" came "Excuse Me," followed by "Spy." 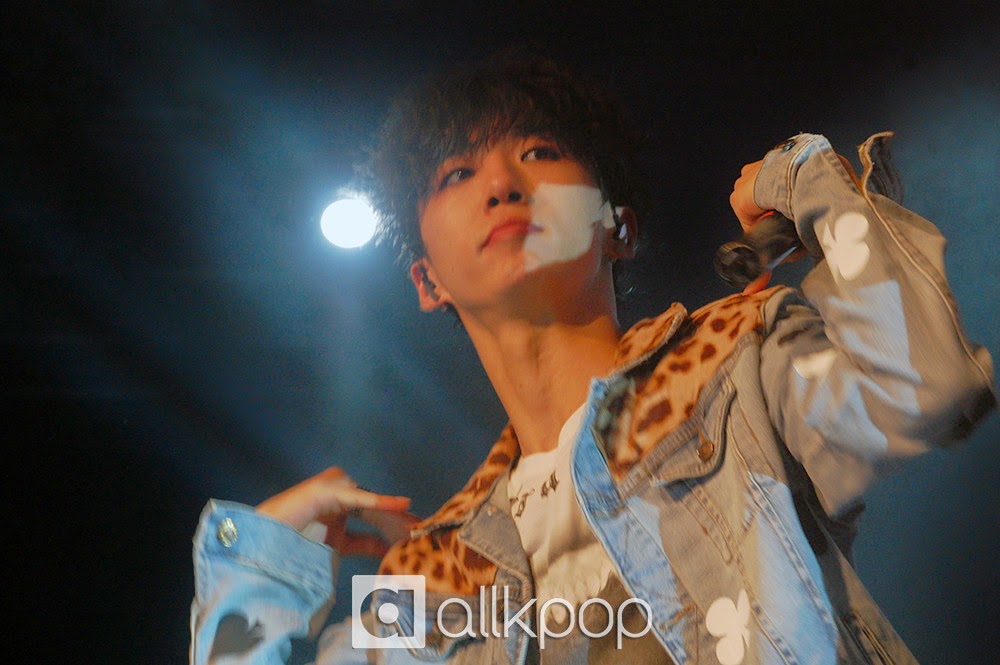 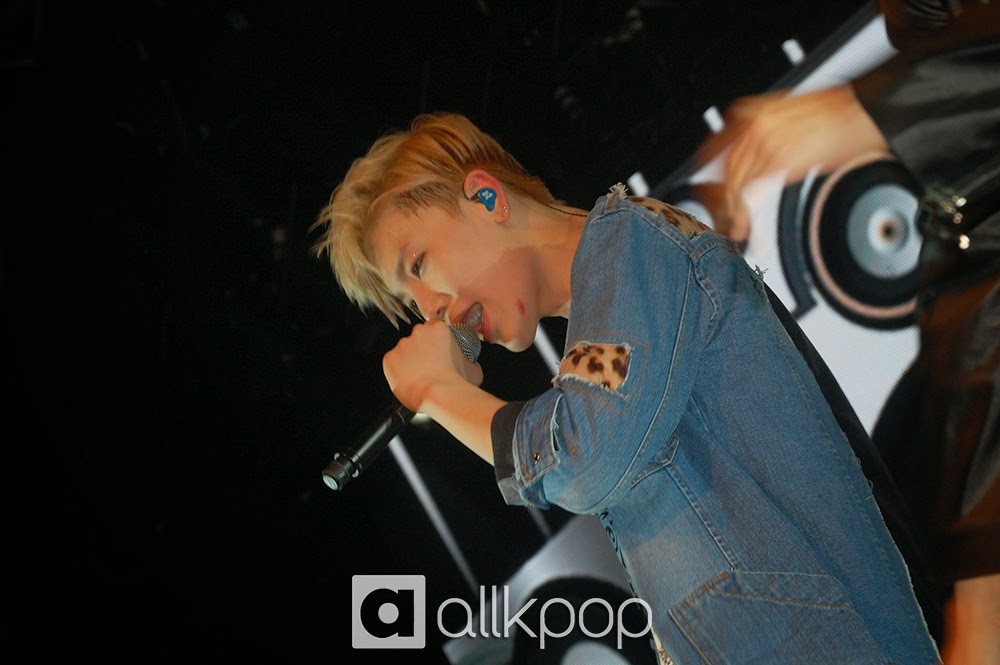 These three songs were followed then by "Crash" of which I was too busy to take pictures or videos because I like following their "help me help me" dance too much. Come on. Doesn't everyone? No? Okay... 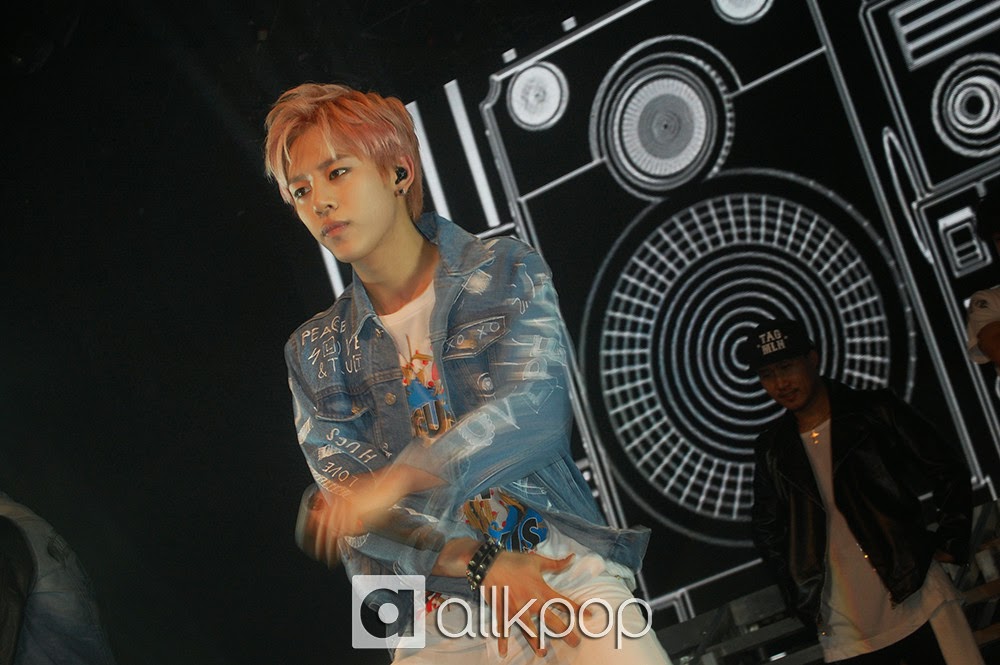 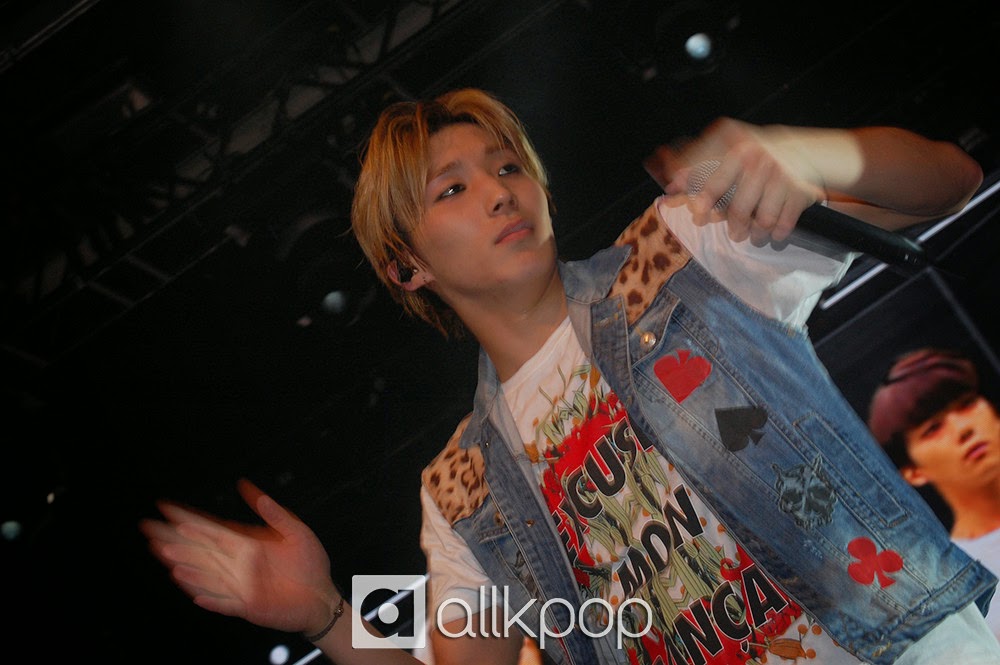 The concert 'ended' with "Angel (1004)," quite appropriate because this tour was supposed to be for their first album, 'First Sensibility.' But as the boys stepped off stage, I knew it wasn't over yet. Why? Well, first of all, k-pop concerts always have encores. And second of all... they hadn't performed "Warrior" yet!
I happened to be right (cue hair flip), and the boys came back onto stage with "Warrior" (okay, maybe this one is my favorite B.A.P song, but what BABY doesn't have a love for "Warrior"???!?) Don't even comment about the lighting/sound in this video................ At least I tried to get all the members equally???

The concert ended with "With You." During this stage, the members got to really communicate with fans. I saw Himchan taking a rose and a letter from fans. I screamed Bang Yong Guk's name and hewaved and smiled at me (spazz attack). At one point, Himchan took a fan's cellphone and took a selca on it, and then posed and kept mouthing, "찍어!" ('Jjik-uh' means "Take the picture!"). I wanted to remind Himchan that not all international BABYs understand Korean, especially when it's just mouthed.... But happily, the power of body language won and all the fans started taking pictures. Or maybe they were taking pictures anyway? 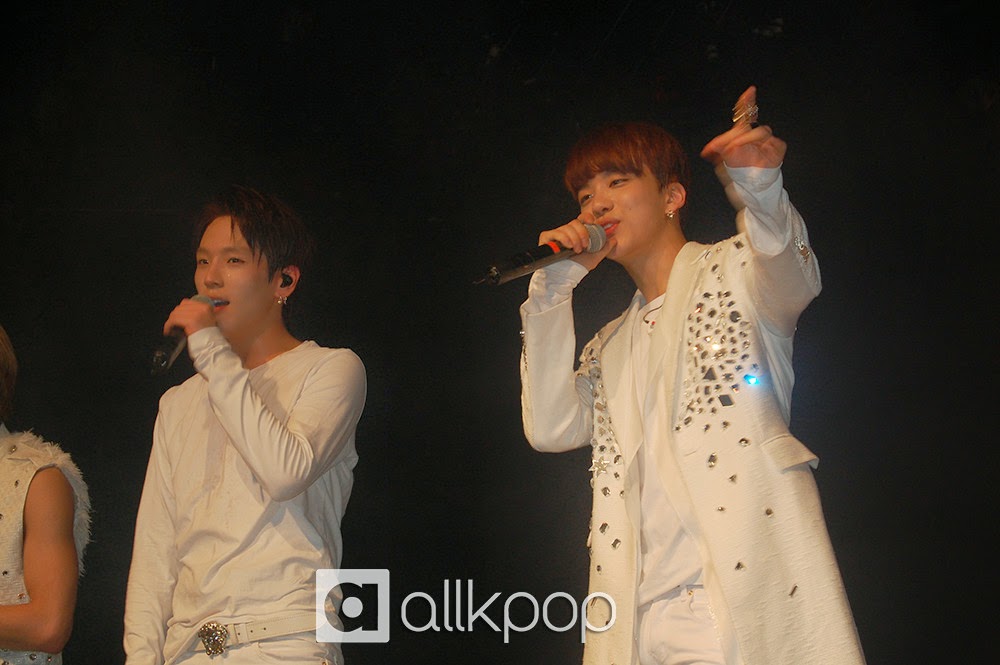 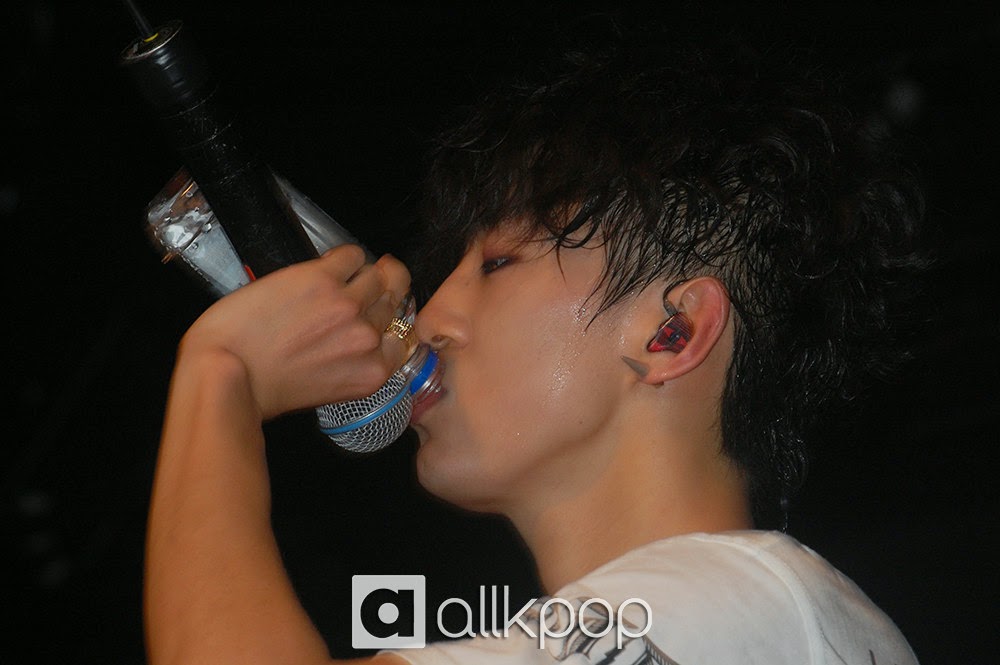 Bang Yong Guk also took a ring someone handed him, and Zelo picked up the stuffed animals that were tossed on stage. I didn't get to see what Jongup, Youngjae, and Daehyun were doing because.... I was too busy taking in everything that was happening. For those of you who are their fans, I'm sorry!
Anyway, the boys seemed to have a lot of fun this time around, even if the crowd was a little rowdy and girls kept getting carried out. Next time, if when they come again, hopefully I get to cover the concert again!
*A small shoutout to the fan who stood next to me and fangirled along with me! I hope you're enjoying the water bottle Zelo handed you ;D