B.A.P's First Sensibility #9 on Gaon's top selling albums of the first half of 2014 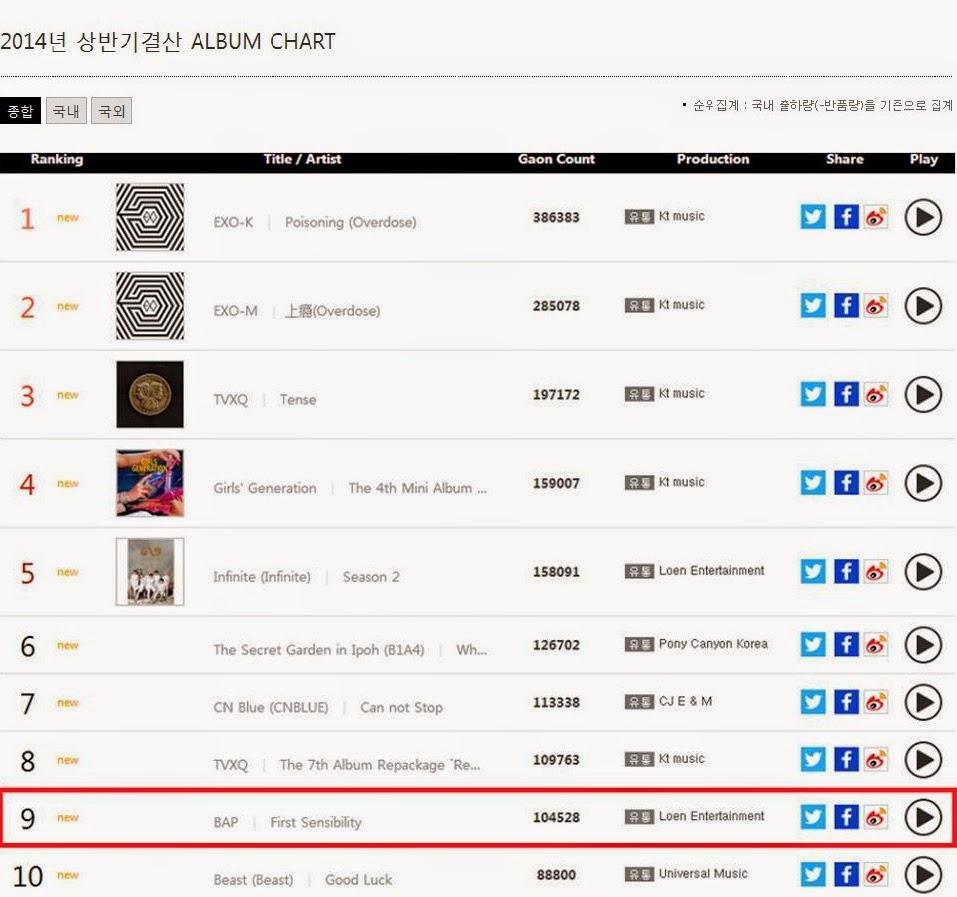 *This chart is only 10% of MCD total chart ranking 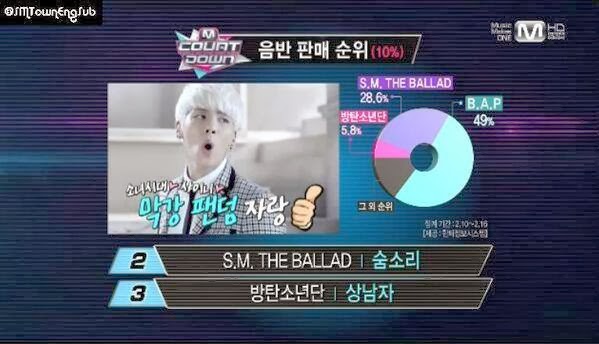 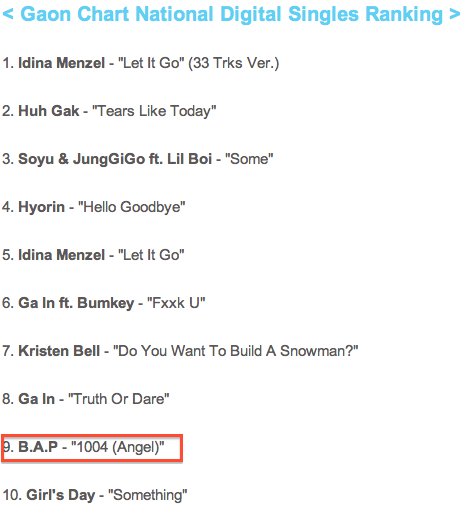 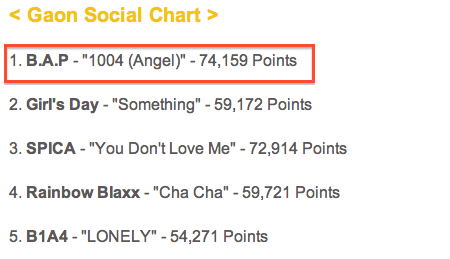 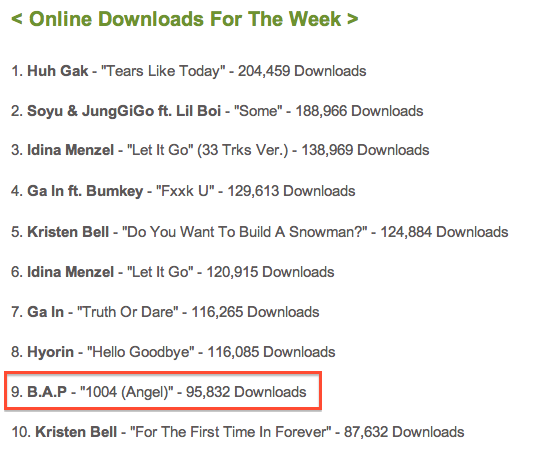 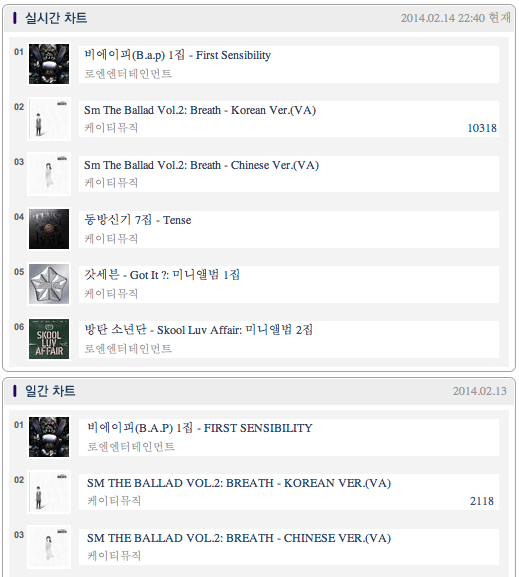 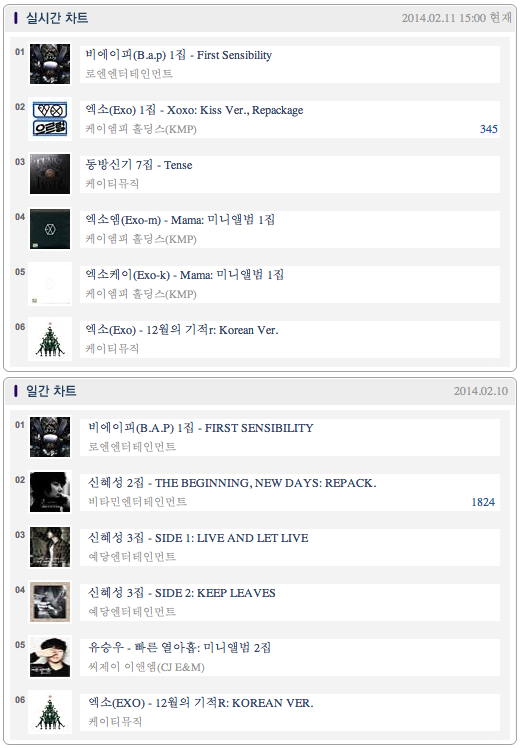 * Watch the MV through Gaon to help B.A.P win on Inkigayo! Only do this when 1004 is up! Do not do this for other MV.
Go to Gaon Social Chart
Click on "Social Plus Music" (You will need to have an account, see the Tutorial, and note that if you can't select your own country, just select "South Korea" and type "Busan" or anywhere is fine ^^ Also be sure to check your spam/junk folder for the confirmation email after signing up) 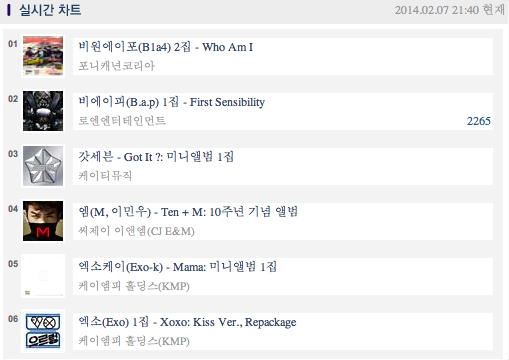 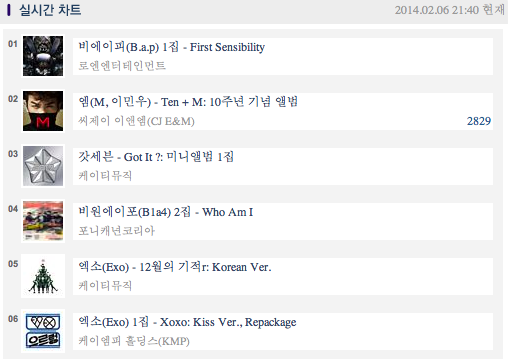 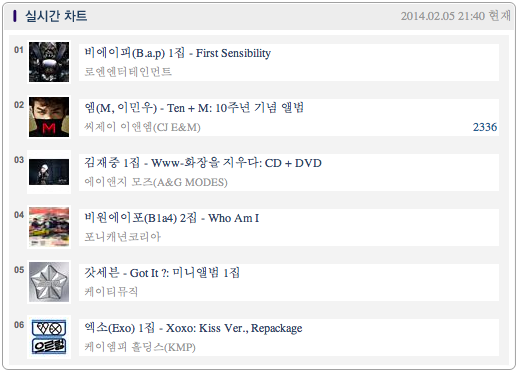 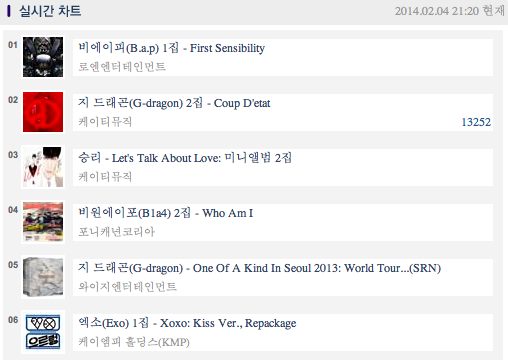 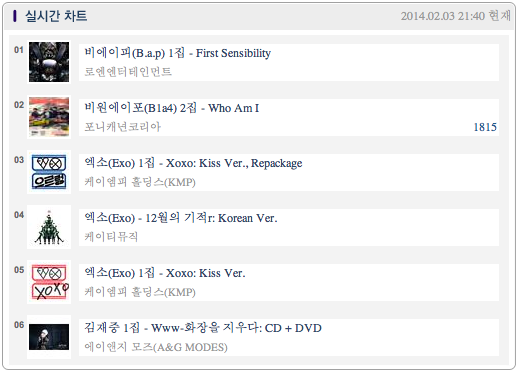 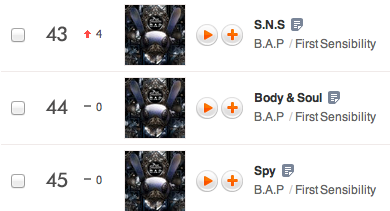 First Sensibility has been on Tower Records Japan weekly K-pop Albums charts since it's release, but before the release of Japanese "No Mercy," several of B.A.P's previous singles started charting again on Tower Records Weekly K-pop Singles Chart. For the week of March 24~30, Japanese "One Shot" was #7, "Warrior" #8, and the Korean single "Stop it/Hajima" was #10 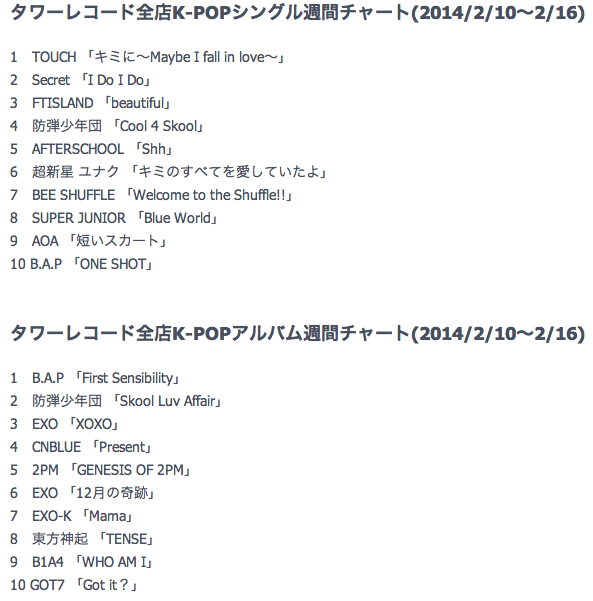 B.A.P's 1st full album is number 1. Up until now they have released 3 mini albums and 4 singles. It is an album with broad genres and the same people have worked on this album as past B.A.P works. B.A.P's musical power has no limits, and they give messages in their lyrics. The title track "1004" won on Music Bank, Inkigayo and is taking #1 on other Korean music shows. 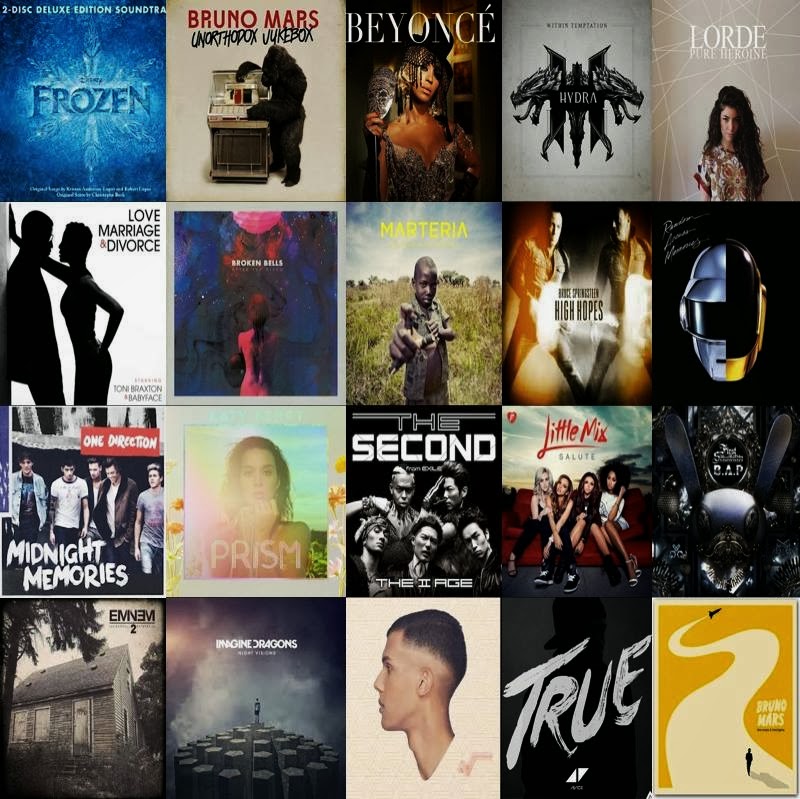 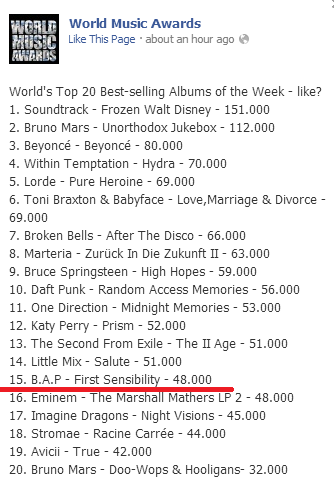 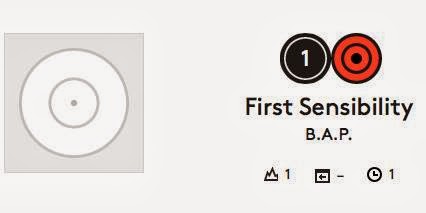 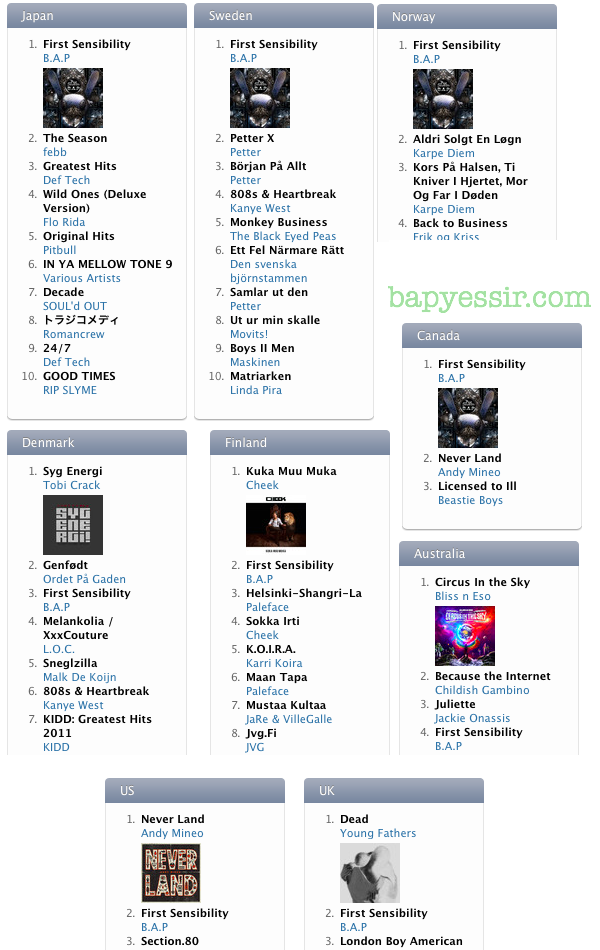 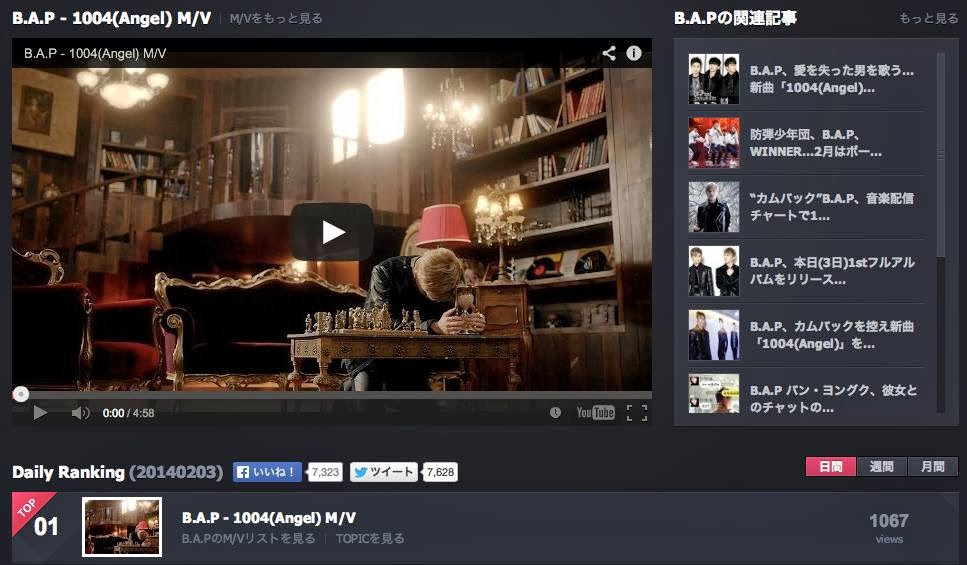 Email ThisBlogThis!Share to TwitterShare to FacebookShare to Pinterest
Tags promo:1004