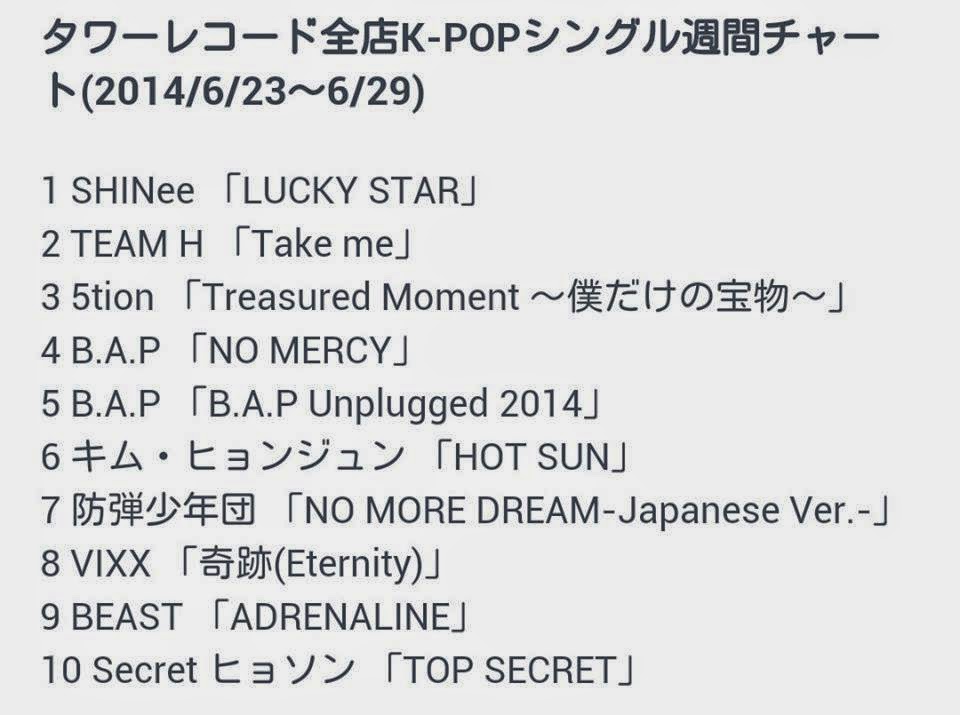 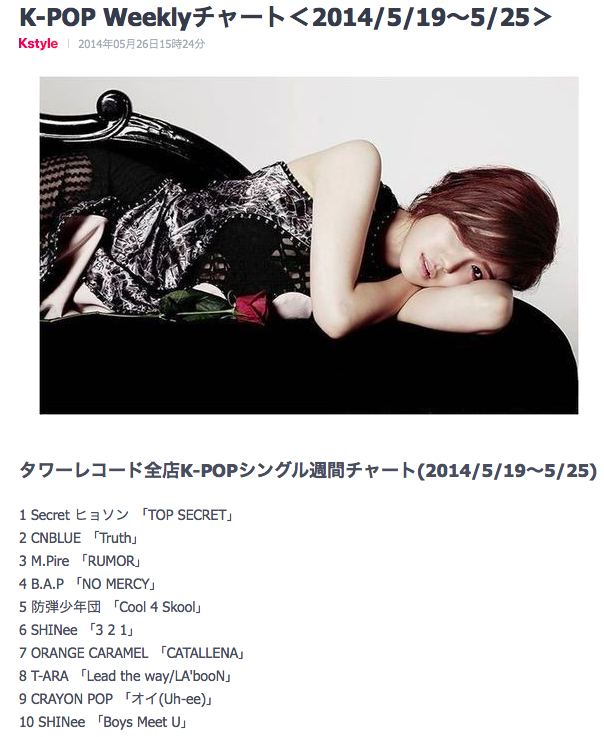 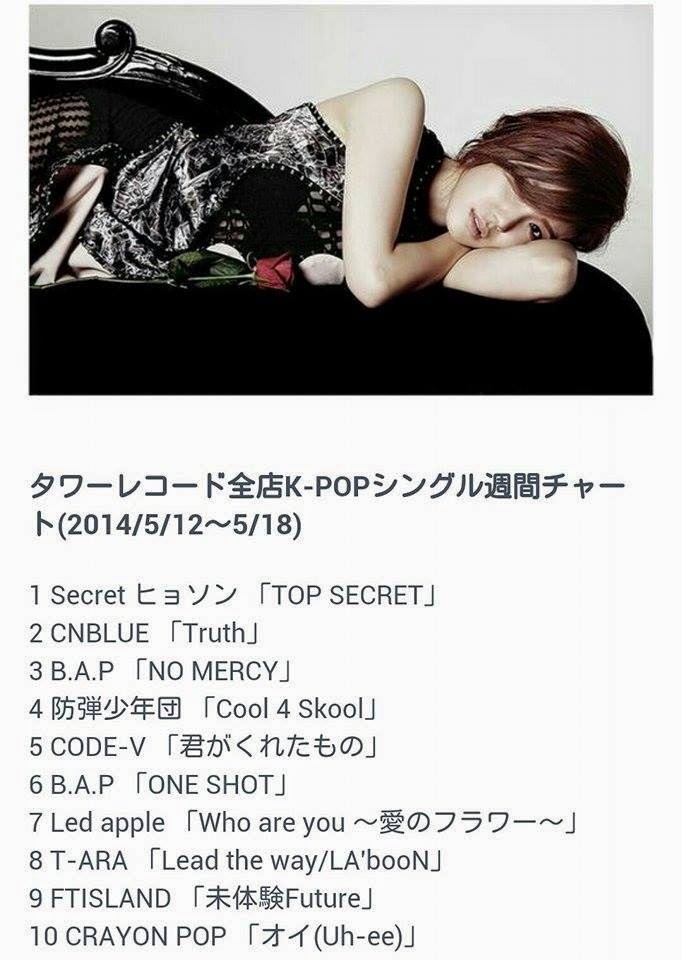 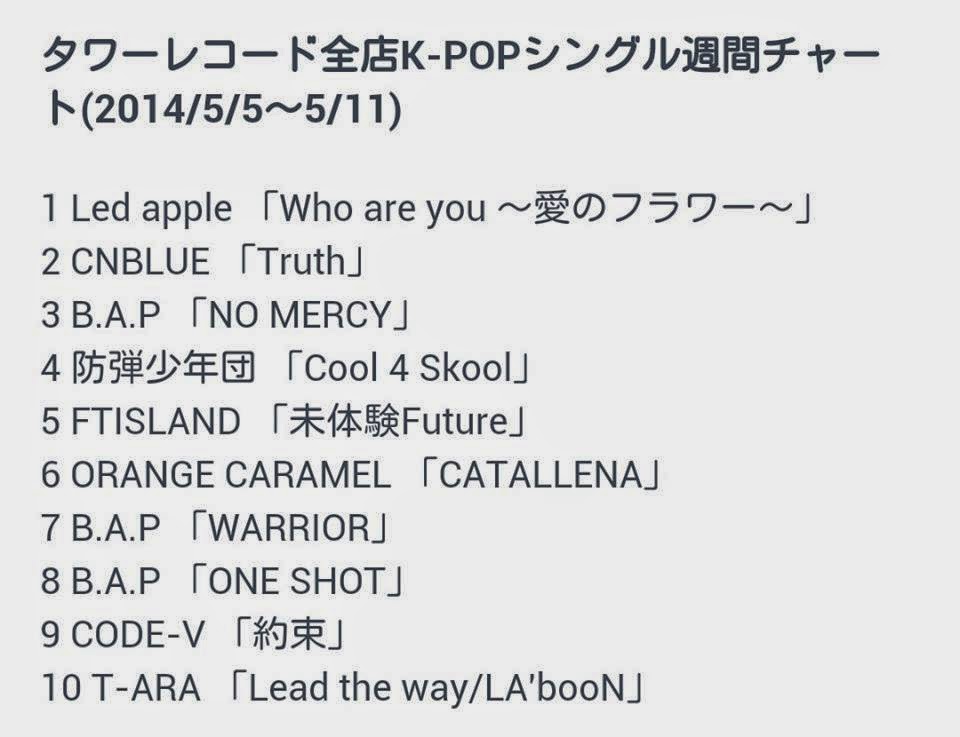 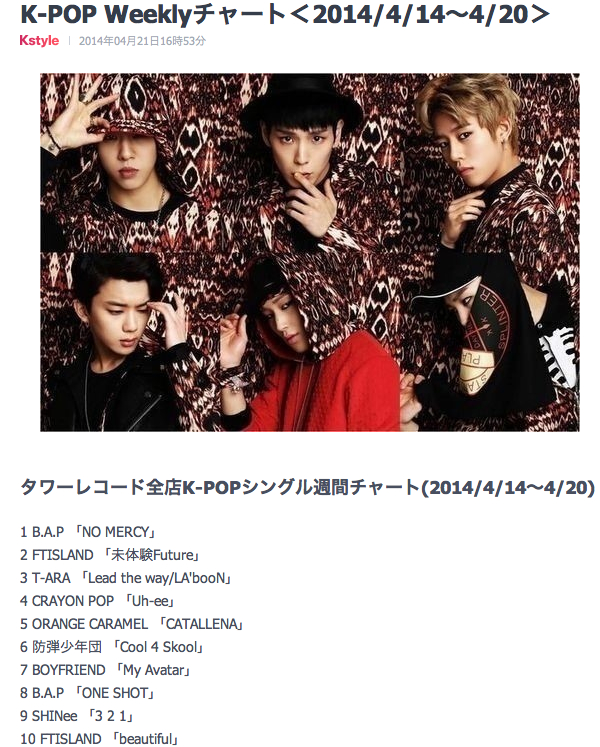 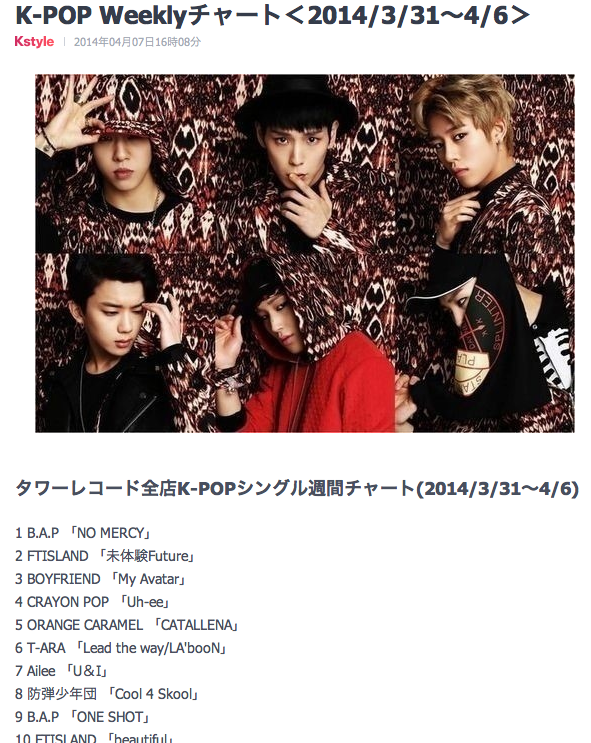 April 8th
No Merecy is #2 on Oricon Weekly Single Chart 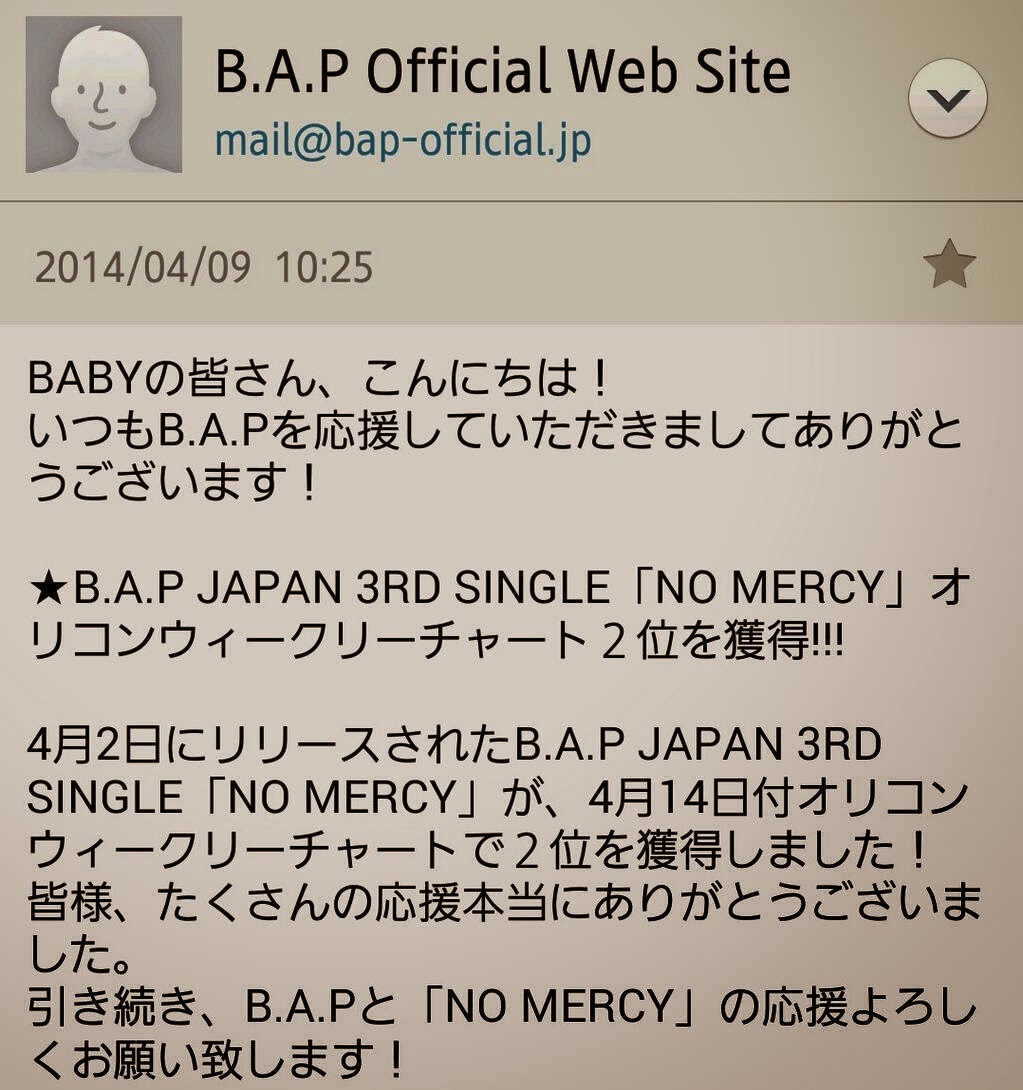 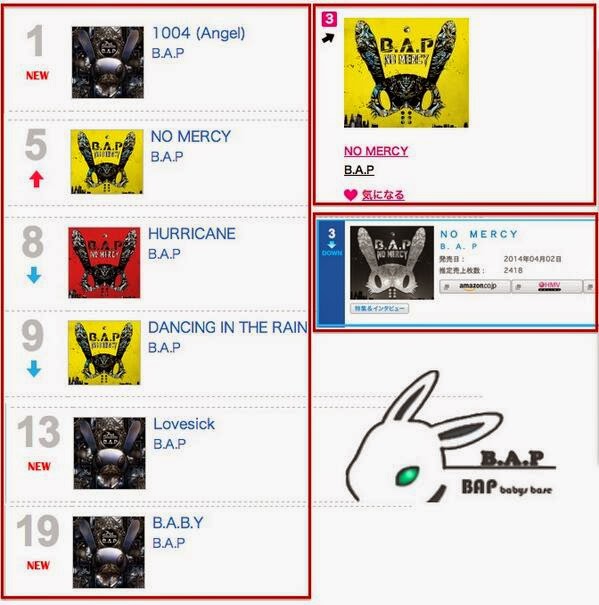 "No Mercy" is #1 on Recochoku K-pop Daily Chart 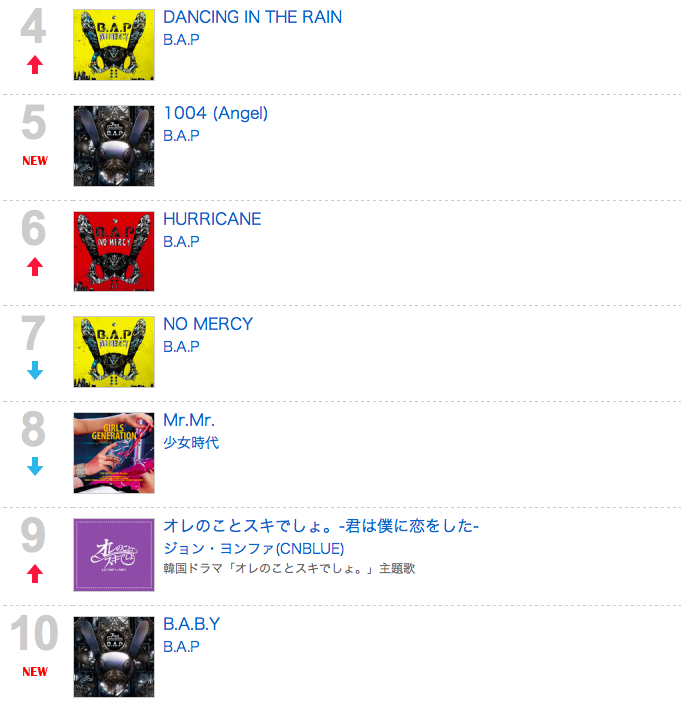 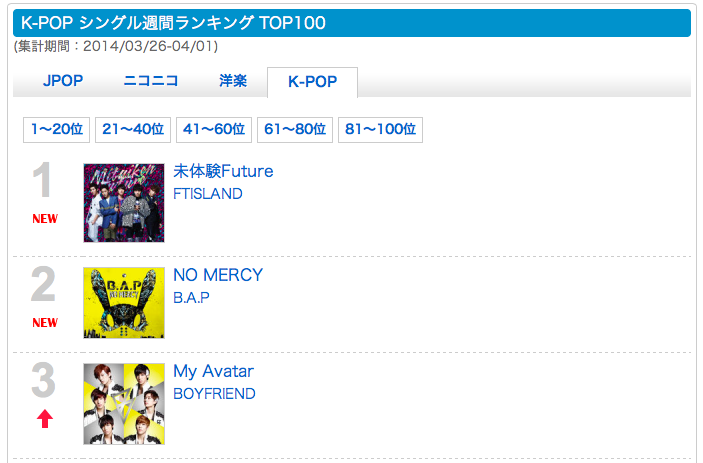 
"No Mercy" physical album sold 21764 copies April 1st putting it at #2 on Japan's Oricon chart!
The single was officially released April 2nd, but you could buy it at Japanese stores April 1st

[NOTE]
- The single was released on Dwango on March 19, along with short versions of the Japanese versions of "Hurricane" and "Dancing in the Rain."
- You need to have a Japanese mobile service provider in order to download from Dwango


March 20
*Dwango is a digital download site, this is a chart for digital sales* 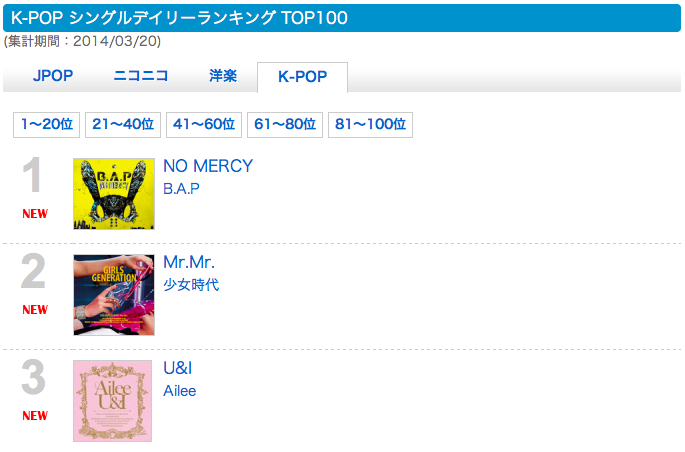 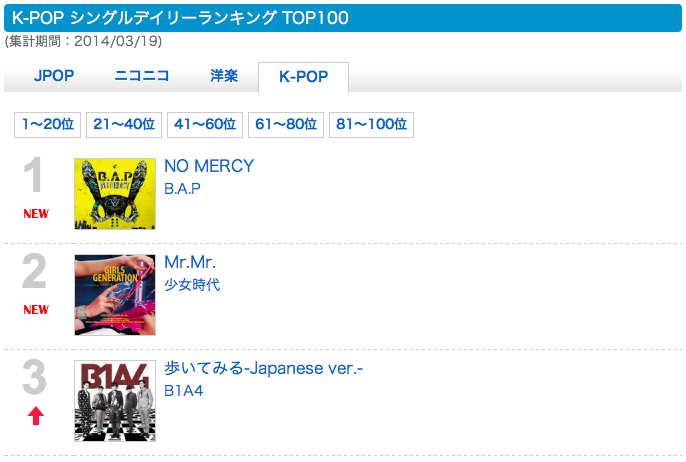