We know Yongguk supports charities and various important causes because he cares about them, and we know he will continue his hard work and continue to inspire us all to follow in his footsteps.

Congratulations again on making the finalist list, and congratulations to @AgainstSuicide who won t he Shorty Award for activism ^^

Yongguk has been mentioned on the American site "The Hollywood Reporter" for his nomination at Shorty Awards! See the article HERE. 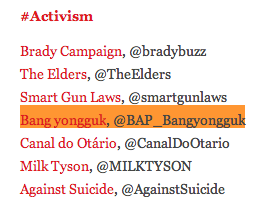 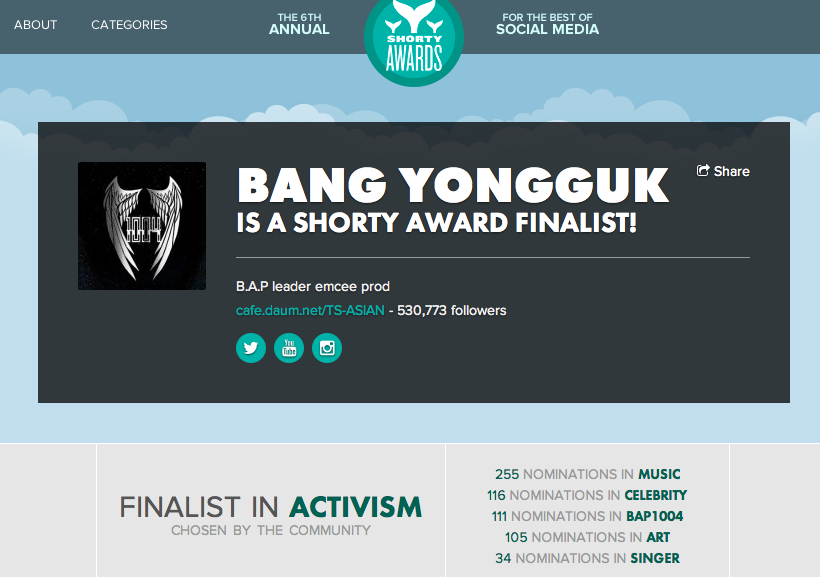 About the Shorty Awards

The winners of the 6th Annual Shorty Awards, as chosen by The Academy, will be revealed at the ceremony on April 7th, 2014 at TheTimesCenter at the New York Times building in New York City.

Email ThisBlogThis!Share to TwitterShare to FacebookShare to Pinterest
Tags 2014:event