FINAL VIDEO CAN BE VIEWED HERE
Thank you to all participants!

''If we have a slight power to make a better world'' 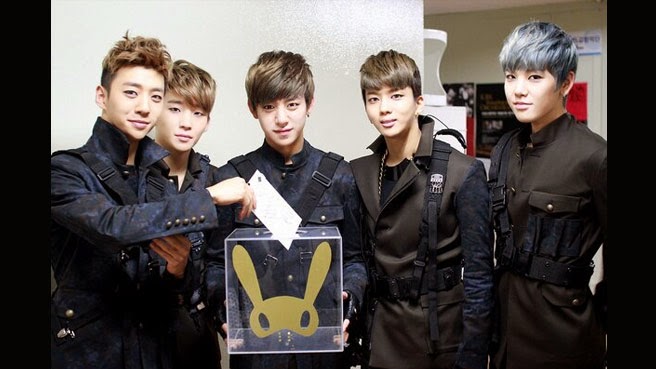 For B.A.P's 1000th day, let's show them how they made a difference in our life and how they inspired us!


Instead of sending B.A.P tons of gifts, let's help our planet and people in need.

B.A.P are insanely busy with concerts, broadcasts and working on new albums. Although they probably appreciate to receive fangifts and fanletters, we know that they receive too much stuff everyday. But there's other way to show our support and love to B.A.P.

Give your time to elderly, children, abandoned animals or other. Through 2014, become a good samaritan by following B.A.P's inspirational footsteps to make the world a better place.

We will include each fans "good deeds" report in an e-photobook (video) that we will send to B.A.P.


1. Plan your own good deeds and submit your story before October 2014
2. Join BYS "Wildlife Adoptions for a Living Planet" sub-project: EARTH NEEDS YOU!

Scroll down for details.

1. Do good deeds and submit your story before October 2014
NOTE: WE DO NOT ACCEPT SUBMISSION ANYMORE
You can submit more than 1 good deed: The more we receive, the better! Remember, our goal is to collect 100 good deeds stories from international fans!

How to send your story:
Fill up the form below and send it to BYSFANSITE@GMAIL.COM with the subject "Good Deeds"

☆ Your picture, name and country will be included in a small book that will be given to B.A.P with the memory box. It will also be included in our Good Deed video.
The e-photobook will include all BYS charity projects for B.A.P: Planting Peace, Brain Tumor, UNHCR, UNICEF, Greater Good, World Wide Hearing, Stop Hunger Now, DREAME KR and many others through collaboration projects.

2. EARTH NEEDS YOU! Symbolically adopt an endangered animal for a living planet
NOTE: WE DO NOT ACCEPT DONATIONS FOR ADOPTIONS ANYMORE

☆ Yongguk tweeted/RTed Greenpeace about the campaign #ProjectParadise and also about biodiversity and conservation. Let's give more attention to our beautiful planet! ☆

WILDLIFE ADOPTIONS FOR A LIVING PLANET
Protecting endangered species might sound useless, but it's not! Important species such as the tiger or the shark regulates the planet's ecosystems that provides humans with food, water and fresh air. More than 2,000 species disappear each year because of human's pressure on the environment. Nature sustains all life on Earth, and the protection of the wildlife has a direct impact on the survival of ALL of us.

All adoption will help the world's biggest conservation organization, the World Wildlife Fund (WWF) to create a future for people to live in harmony with nature.

IF YOU'D LIKE TO TAKE PART IN THE WILDLIFE ADOPTIONS PROJECT, YOU HAVE TWO OPTIONS:

1) Adopt an animal under the name of B.A.P (minimum 50 USD donation and includes freebies from BYS: B.A.P wristbands or necklace + matoki keychain!) 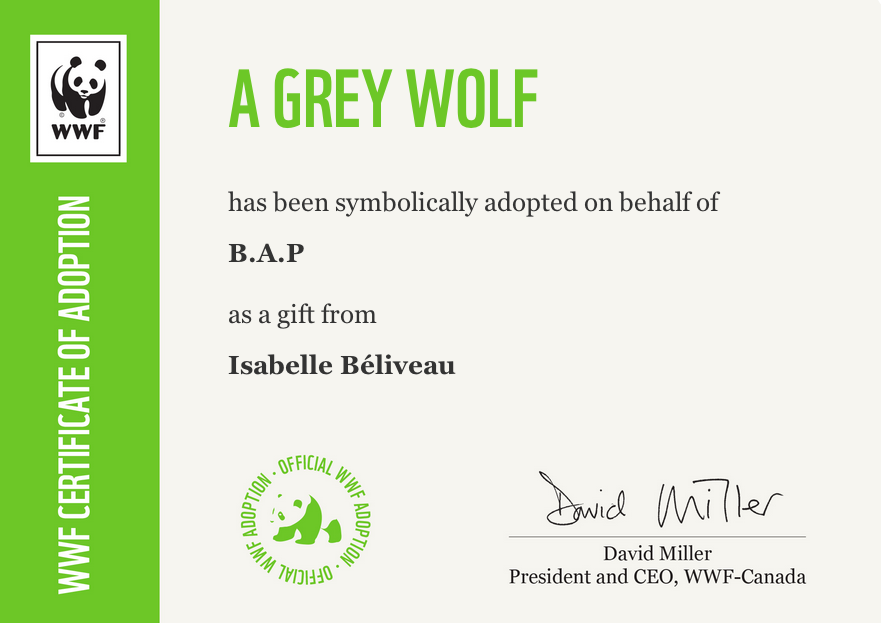 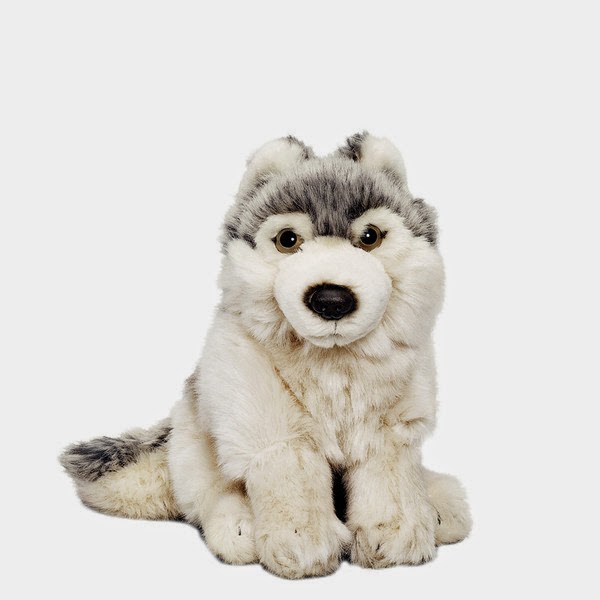 2) Adopt an animal with other people (minimum 5 USD donation)
HELP TO SAVE A JAGUAR UNDER B.A.P's NAME
(100% raised) 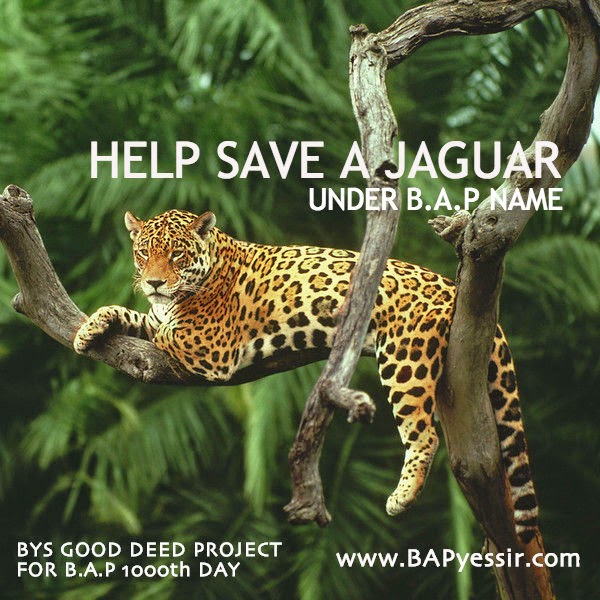 Thank you so much for joining our project!
The video, small book and memory box will be sent to B.A.P a week before October 23, 2014.