Hi, this is Nicole/BYSAhjumma again~ This is my fanaccount for B.A.P Warrior Begins Nagoya Day 2.

Credit ©bapyessir.com when taking anything out

Today a lot less spazzing since I was a safe distance from B.A.P ^^;; this account will also be shorter since aside from the MC breaks and individual members antics, it was the same concert. So please see Day 1 for more info.

View from my seats today, even in the stands the seats are really good! 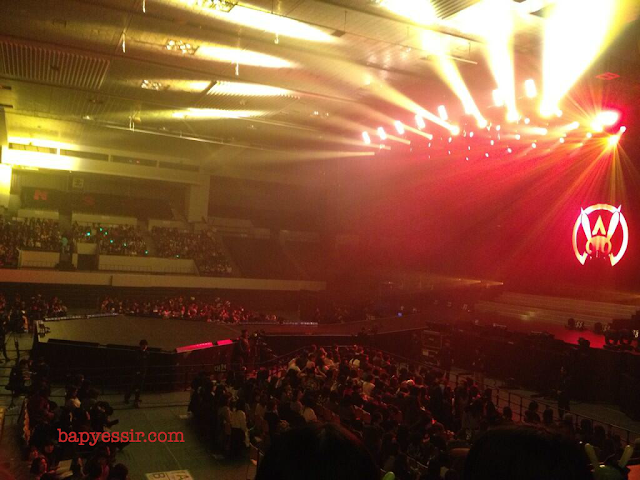 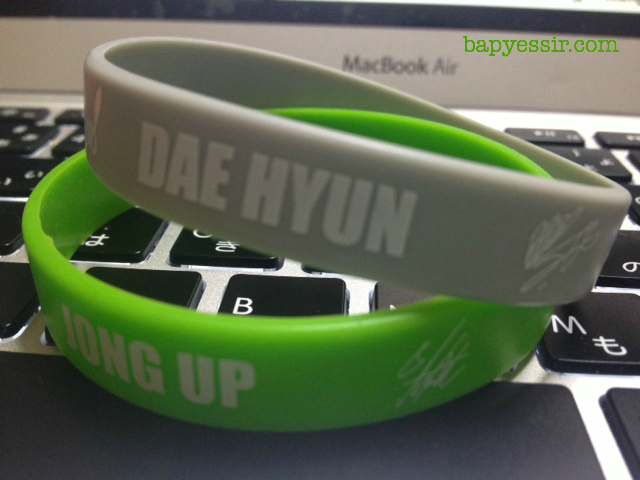 * To be honest, I think it was fuller yesterday? But still, can't complain since the arena and most of the stands were full.
* As always, security was really strict about cameras; A friend told me that a fansite master got caught taking pics and was lucky not to get kicked.
* Seating Chart: See the pic below, sorry about the blurriness. Not sure about Kobe or Yoyogi, but with this size venue, there are really no bad seats, you can see B.A.P very well from almost any seat I think.


A lot of Babys have been asking for an Arena seating chart, sorry mine's so blurry, I was freezing and had 5 minutes to get to my seat before the show started so I was shaking really bad. The seat numbers (on your ticket the 番 number) and the rows start in each section from 1, which is closest to the stage (the number by 例 on your ticket), and go down the row to row 9 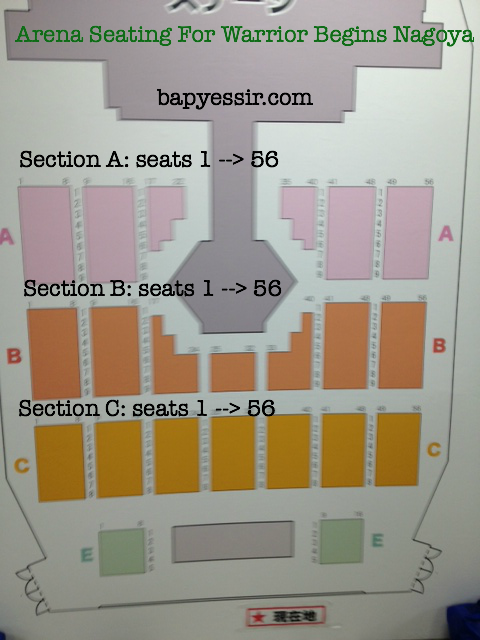 <no comment, just leave me with my feels please>

* Yongguk got a LOT of screams from fans tonight, especially during MC breaks.
* Today for their Q & A break, there was a question for Yongguk:
Q - Why do you like (Japanese) Convenience stores so much? (because that's the phrase he uses in Japanese all the time, "Let's go to the convenience store!")
Yongguk - Japanese convenience stores are...
....
Other Members: <repeat the question>
Yongguk: Japan convenience stores are....
....
Other Members: <asking/waiting for him to answer>
Yongguk: .....Let's go. Let's go to the convenience store.
Other Members: <???>
* Watching Yongguk try to answer the question in Japanese was both adorable and painful lol, like you can see him trying so hard but the words just didn't come.
* Yongguk probably enjoys the rock versions of their songs more than anyone. He is SO INTO them; He's yelling, asking the crowd to yell with him, grinning/lip biting, jumping around stage and just generally rocking out the whole time.
* Before the end of the concert, when they were saying next was their last song, Yongguk put an arm around Zelo and smiled, then sort of dropped his arm and backed away ^^;;
* He blew kisses towards the stands at the end of the show again (YAY since I was up there today lol), and he waved to us too, he also bowed a lot at the end of the show to the Babys in the seats in front of him.
[HIMCHAN]

Talk all you want about how sweaty you are, we don't mind.

* He was a bit less hyper today but even more spazzy haha. He just fumbled his way through some of the MC parts so Dae and Youngjae were teasing him mercilessly and Himchan was just smiling and trying to recover himself.
* He talked a lot again about how hot and sweaty he was, and since the crowd tonight was way more vocal, some girl yelled "YOU REALLY ARE WOW!" as him wiping his face on a towel was projected on the video screen.
* He didn't kiss anyone haha. He did wrap his arms around Jongup's waist as they were walking down the extended stage, and Jongup was just smiling and not caring.
* Youngjae kept teasing Himchan so Himchan told Jongup to go get him, so Jongup slowly started walking towards Youngjae who was laughing and putting his hands up in defence. Then Himchan did his "Left arm, right arm" thing and tried wraping an arm around Jongup and Zelo.

* Daehyun was just always smiling. He grinned at us and gave this TERRIBLE smile right up close into a camera so his mocking smile was projected on the video screens to kill us all.
* He did the same thing as last night and teased fans by reaching his arm out just out of reach of Babys before walked away all mock-sad.
* He'd also point to different fans during "Crash" when he was singing.
* Himchan was saying that they heard fans in Nagoya were cute, but Daehyun said all fans of B.A.P are cute.
* He called us "B.A.P pen/fans" rather than Babys, I didn't find this weird since I don't really see Japanese fans using 'Baby,' but they usually say things like "What '-pen' are you? I'm Yongguk-pen" (like "I'm Yongguk biased"), plus they probably are targeting a lot of new fans who might have come to the shows, so using "Baby" might be confusing at this point? Just my opinion, it didn't sound weird to me.
* Daehyun asked fans who were Himchan-biased/liked Himchan to turn off their Matoki lights so they could see how many fans he had (I'm pretty sure this is what they were doing). There were only like 10 lights still one of the members said to those Baby "Ooooh Youngjae fans? Right?"
* Daehyun's voice is just not human. I'm serious, how can anyone be that talented...

* Basically every MC break, Youngjae has to insult Himchan lol.
* His voice during "Voice Message" with Daehyun was possibly even more beautiful tonight than last, like he really showed his range and it was just indescribable.
* Today for their Q & A break, there was a question for Youngjae:
Q - Who do you think is the most popular in B.A.P?
Youngjae - Youngjae
Q - The least popular member?
Youngjae - Himchan
* He went to the edge of the extended stage and sat down/lay down a few times
* *whispers* I don't want to talk about how sexy Youngjae is...but I can't NOT talk about this. Again, he just gives these LOOKS to the crowd and camera and just everything he does is either really cute and funny or painfully attractive BAI.
* As they were walking back to the main stage at the end, Youngjae threw a water bottle to a fan and the entire venue was literally screaming.

* Jongup got a lot of screams tonight from the crowd each time he sang/was on the video screens ^^
* After Dae and Himchan introduced themselves as "ikemen" (good looking), Jongup also introduced himself as an "ikemen"
* Him and Zelo had more "fighting words" during the MC breaks; After Dae and Himchan were done asking fans if they were having fun and if they were listening to B.A.P's music, Zelo asked innocently "Will they listen to our songs tonight?" to which Jongup yelled "Atarimae da yo" ("Of course they will" with some attitude)
* I don't know how much more I can praise his dancing, like it was a lot of the same moves but you feel like you're watching it for the first time and are just in awe at how he moves.
* He was making hearts at the audience near the end of the show and seemed to be really trying to interact with fans by smiling and making hearts at them.
* Today for their Q & A break, there was a question for Jongup:
Q - What Japanese food do you like?
Jongup - I like tebasaki (chicken wings, something Nagoya is famous for), but Miso pork cutlets (another thing Nagoya is famous for) are also sooooooo good!
* Jongup is super thoughtful of his hyungs, he kicked away a scarf-thingie that fell off of Youngjae's outfit so no one would trip

* Today the big thing was the other members holding Zelo and trying to lift up his shirt. They showed a bit of Zelo hip bone and then that was it before they let him go.
* He did a really amazing twirl like the one he usually does in One Shot early on in the concert and everyone in the crowd gasped.
*  He actually seemed to avoid Himchan at one point and kind of put his hand on his cheek as he saw Himchan coming, like he was trying not to be hugged/kissed.
* Zelo and Jongup did cute little dances/chants before each member had their question for the Q & A break.
* I don't know how someone that tall can dance without tripping over themselves, seriously. His dancing was flawless as always.
* Rather than really play fighting during "Punch" like they did yesterday, Zelo jsut sort of ran at Jongup and the other members laughed.

Just want to say I had a terrible day full of really bad luck (nearly not making it to the venue in time, my phone losing service until 10 minutes before the show so I was terrified I would let everyone down and not be able to live tweet, thought I lost my ticket, and the list goes on) but seeing B.A.P just made that not matter ♥
I tried taking some pictures at the end but I wasn't close enough and only had my phone, let's all laugh at how absolutely, positively TERRIBLE these pictures are XD


These are TERRIBLE haha which is why I credited myself and not BYS ^^;; Just if you want a (blurry) idea of what the end of their concert was like. 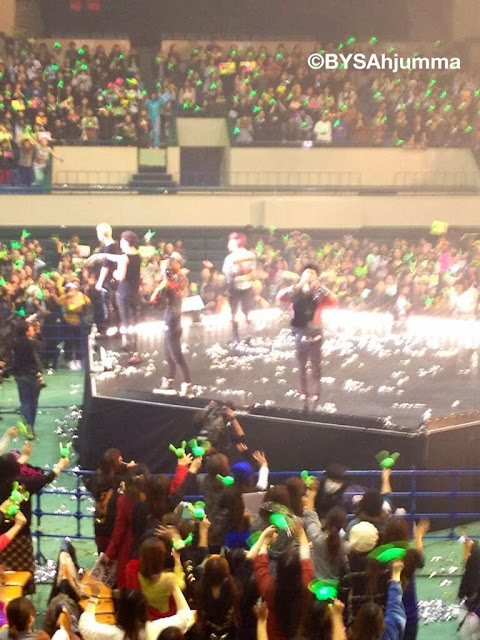 This could be anyone to be honest, so unclear, and the men on the screens are B.A.P staff 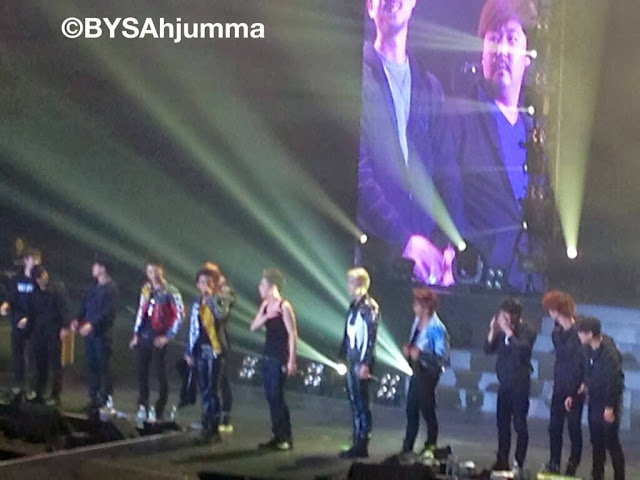 When they were throwing out towels, but they could be doing the polka throwing live chickens at the crowd for what we can actually see... 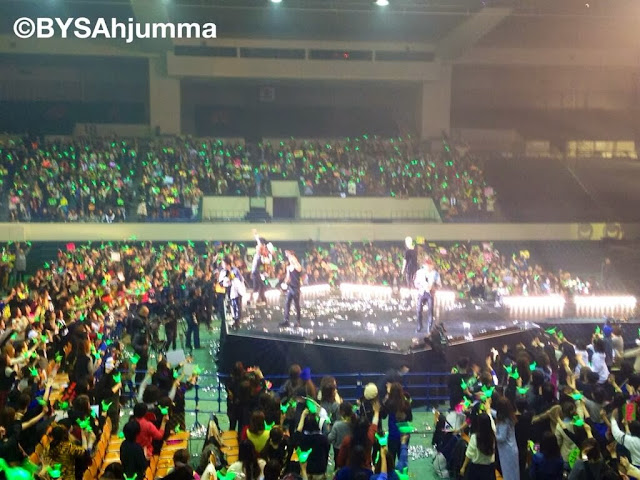 These Babys were actually there the first day, but I wasn't able to ask for permission to use their pics until today. We'll get more pics from Yoyogi since Nagoya was really rushed since I couldn't get to the venue sooner.
(Note: すみません、日本バーションのデヒョンさんとヨンジェさんはこの写真をのせていいと言われたんですが、他の二人は聞く機会なかったので、嫌なら是非 teambysnicole@gmail.comへメールをお願いします！) 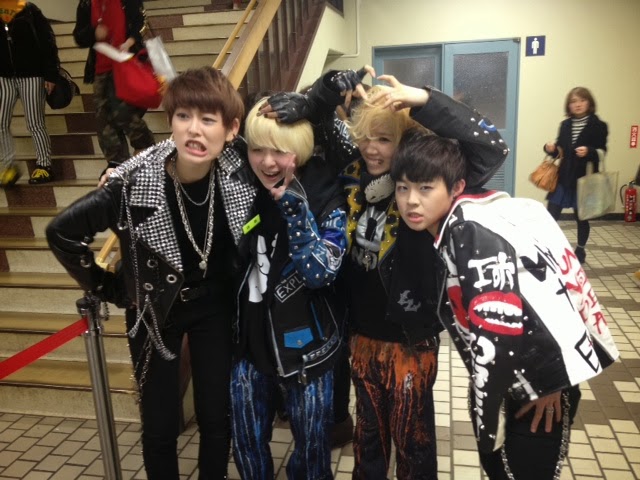 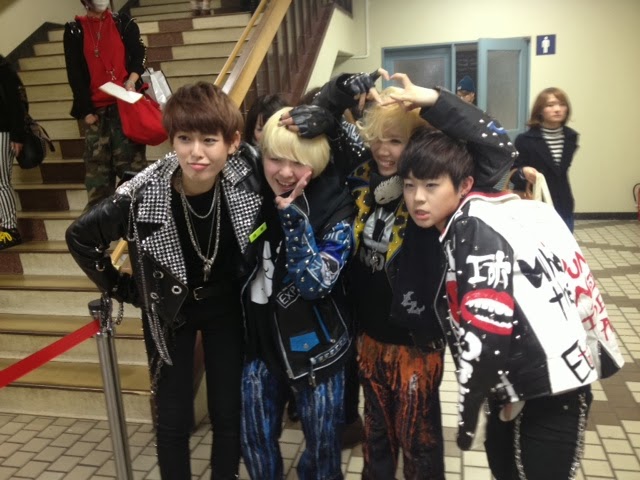 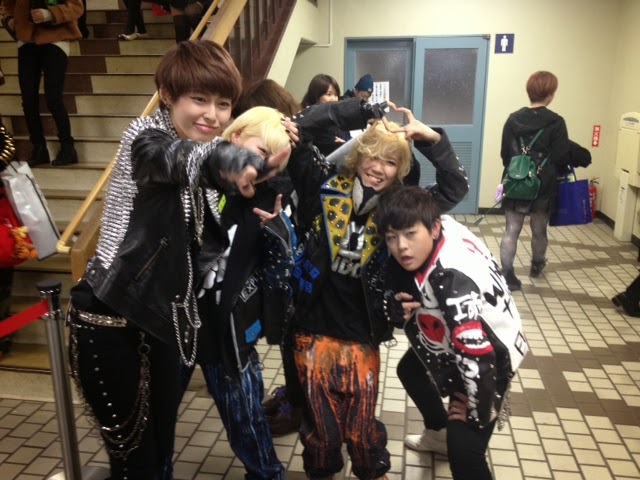