By our representative Nicole

Here's our translator Nicole's fanaccount of the Japan Day 1 concert! 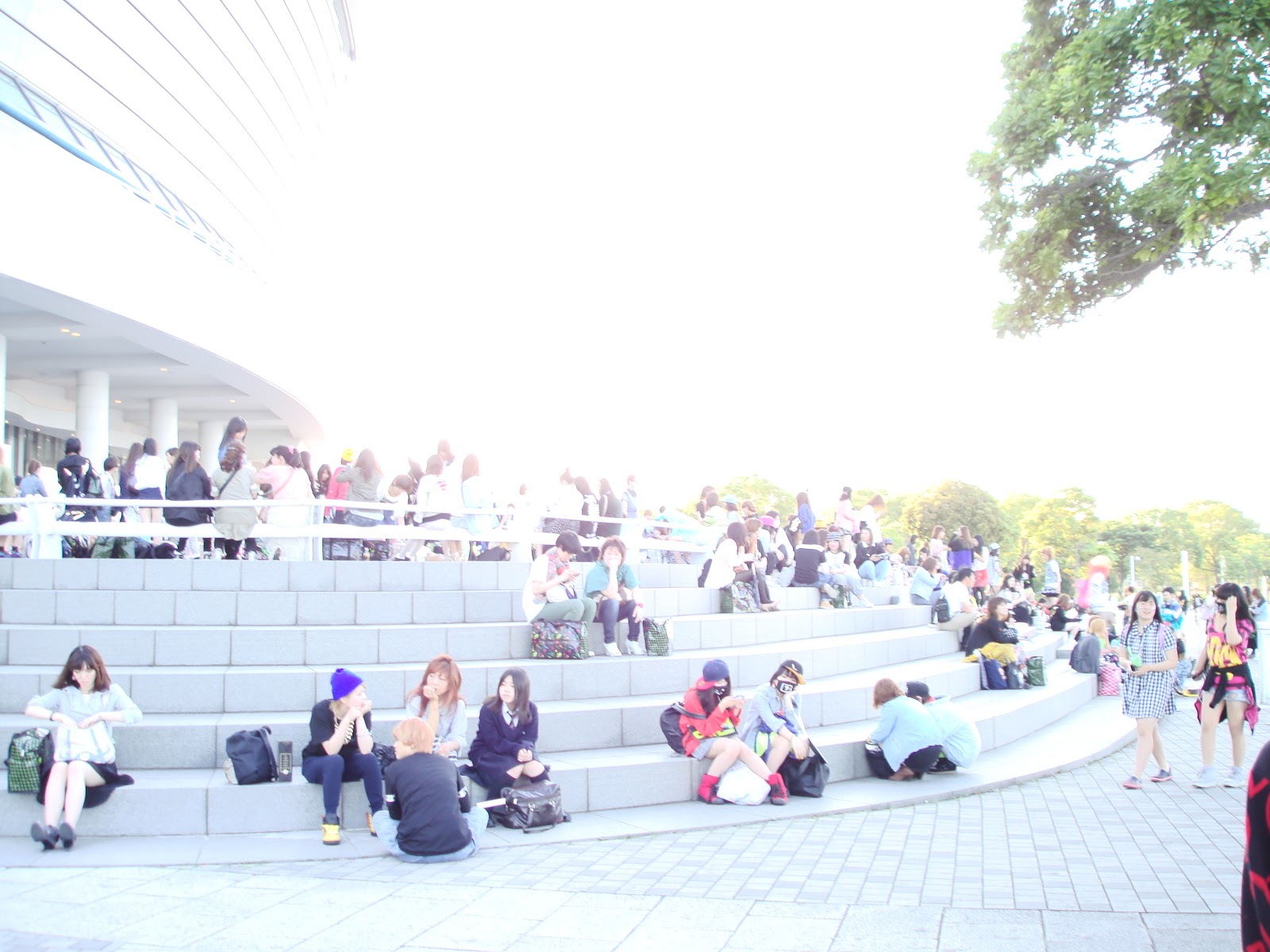 Before the show. It was really hot today... 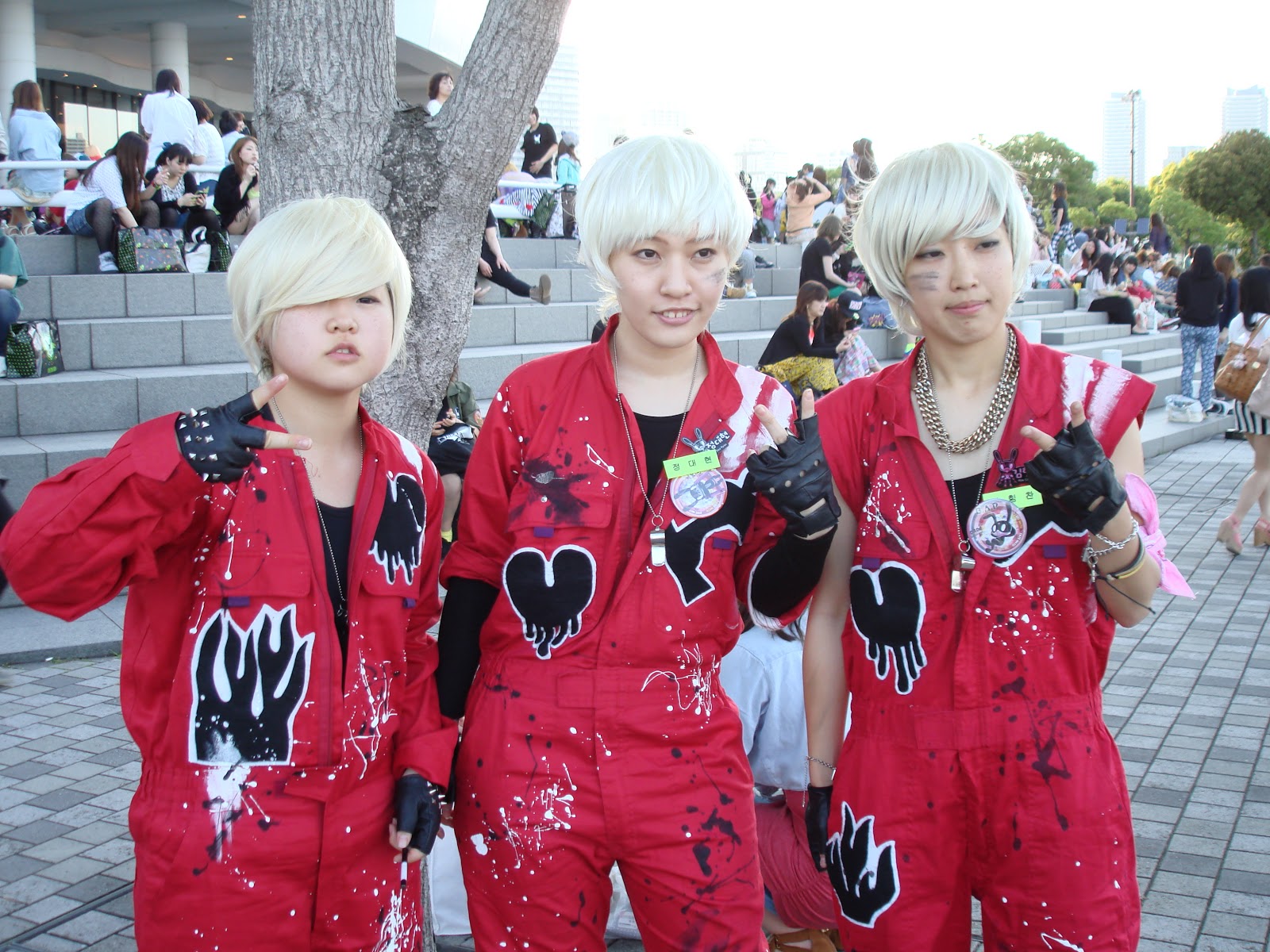 Some cosplayers! Look for more great outfits in the 500th Day video project, we got lots of pics! Japanese Baby are so stylish.. 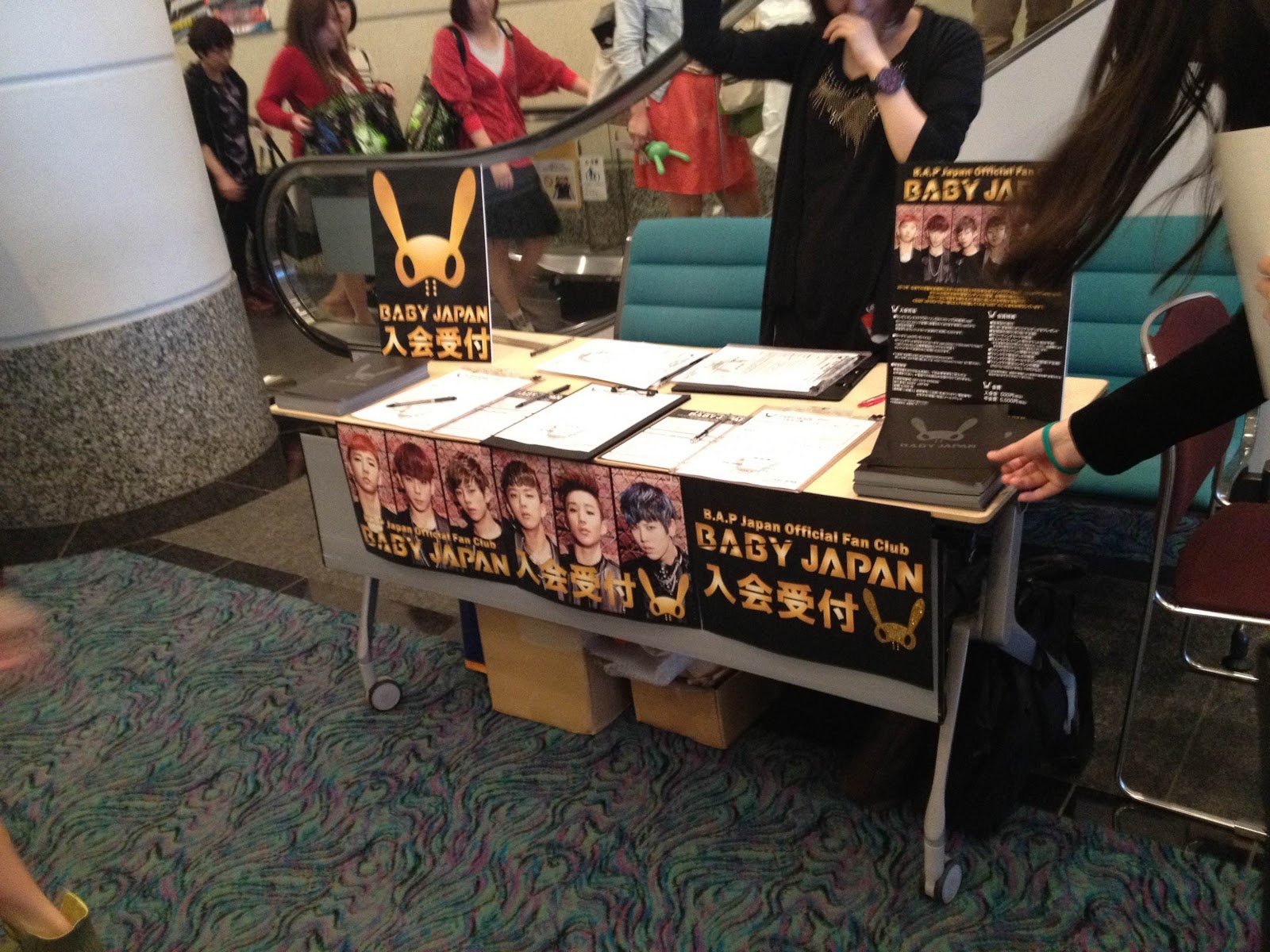 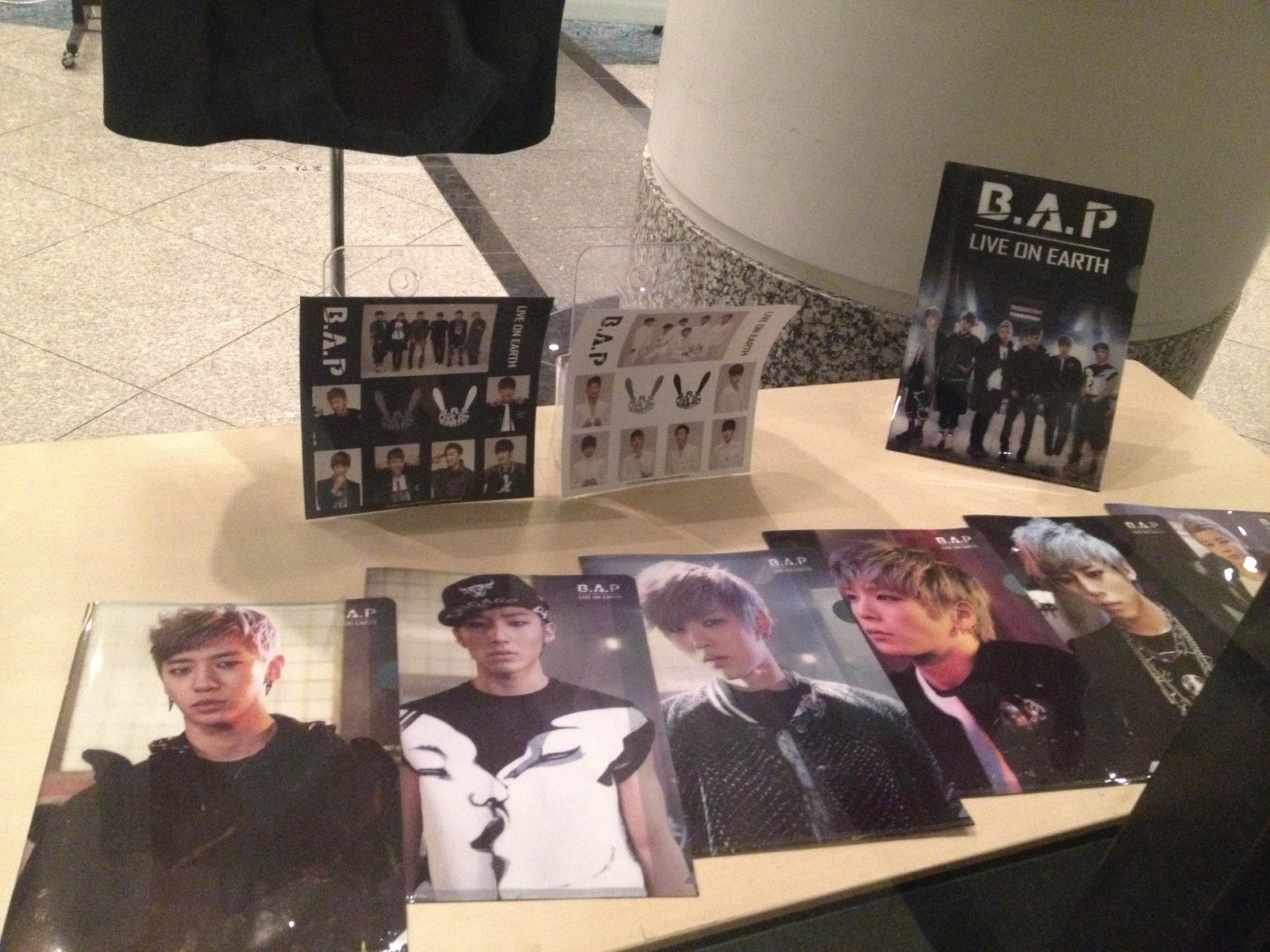 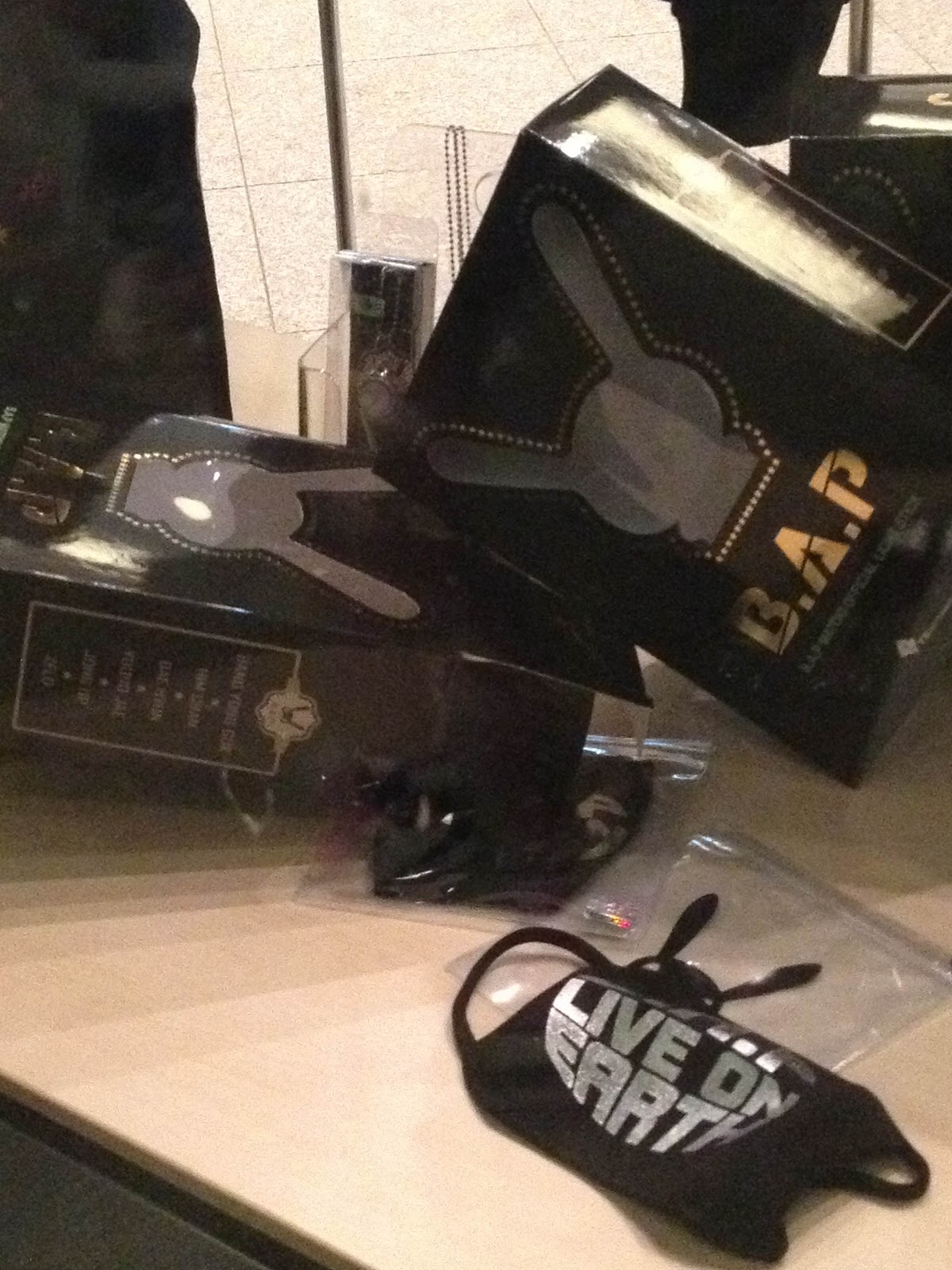 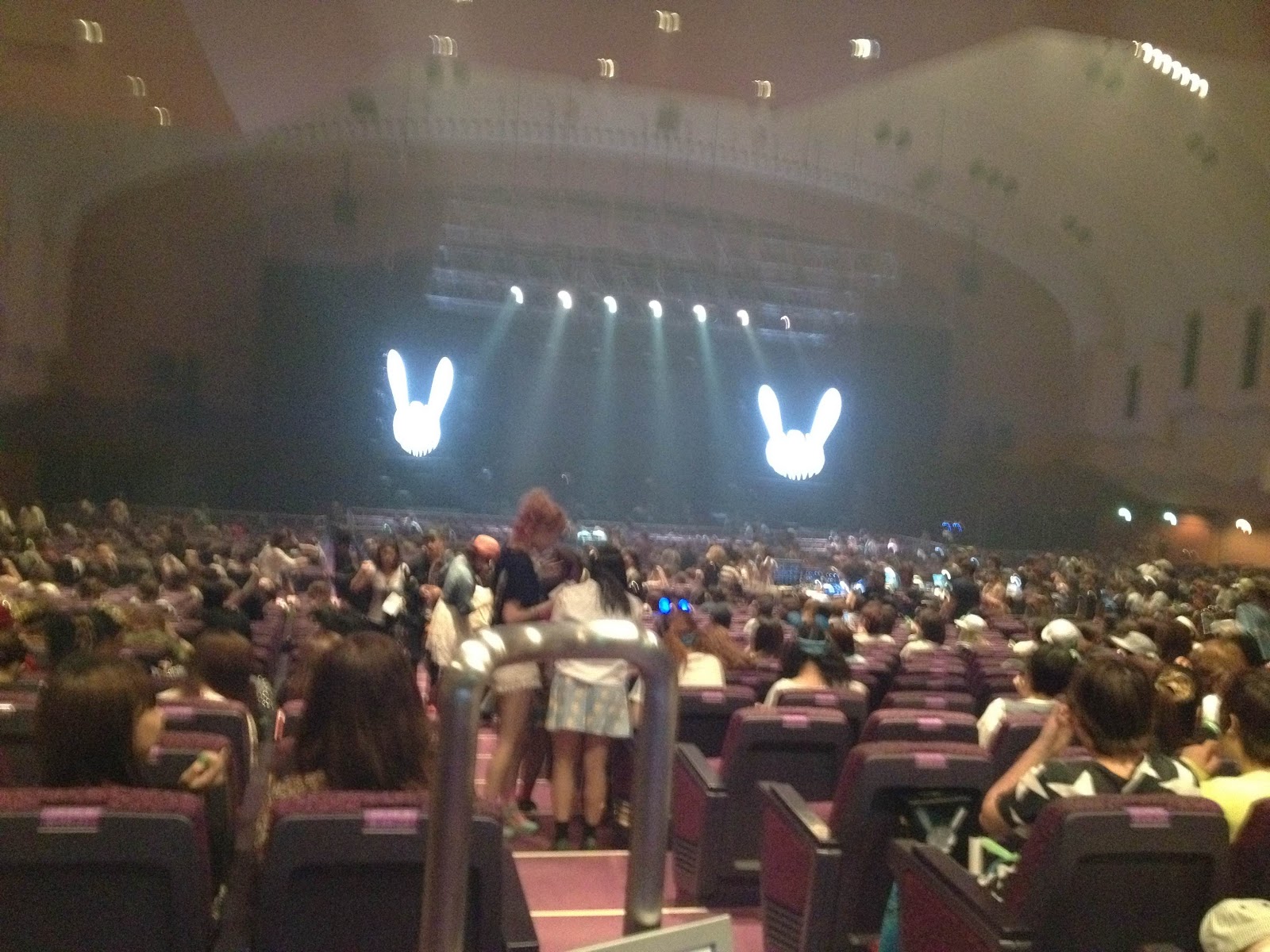 Blurry, but pic from the vERY back of the venue when you come in, I was somewhere in the middle. 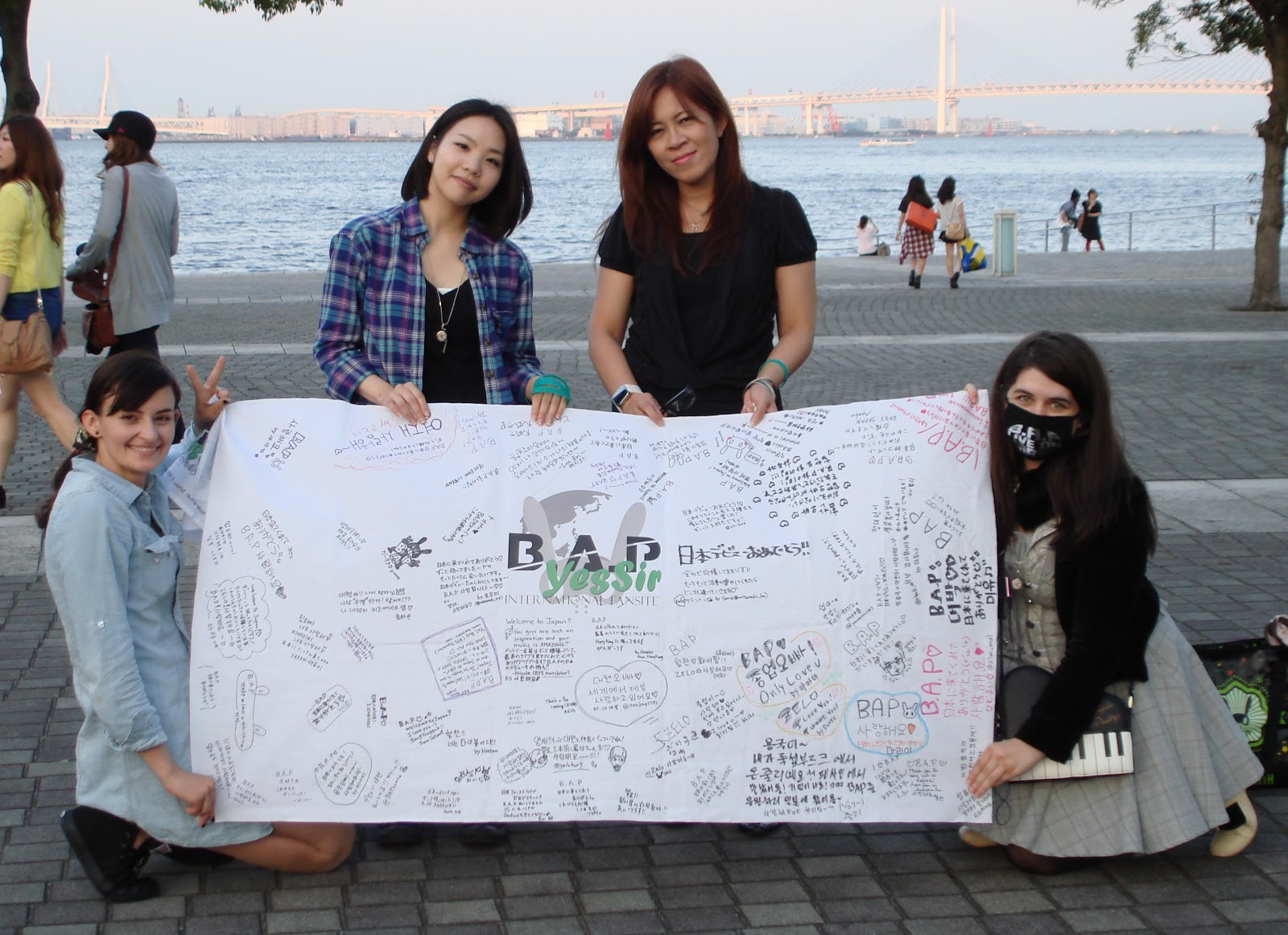 BYS Banner signing project so far!
From Left: Nicole (me :3), BYS translator Yui, and two very awesome fans who helped us out today, thanks guys! (this was taken once they'd started letting people in so it was deserted around us) 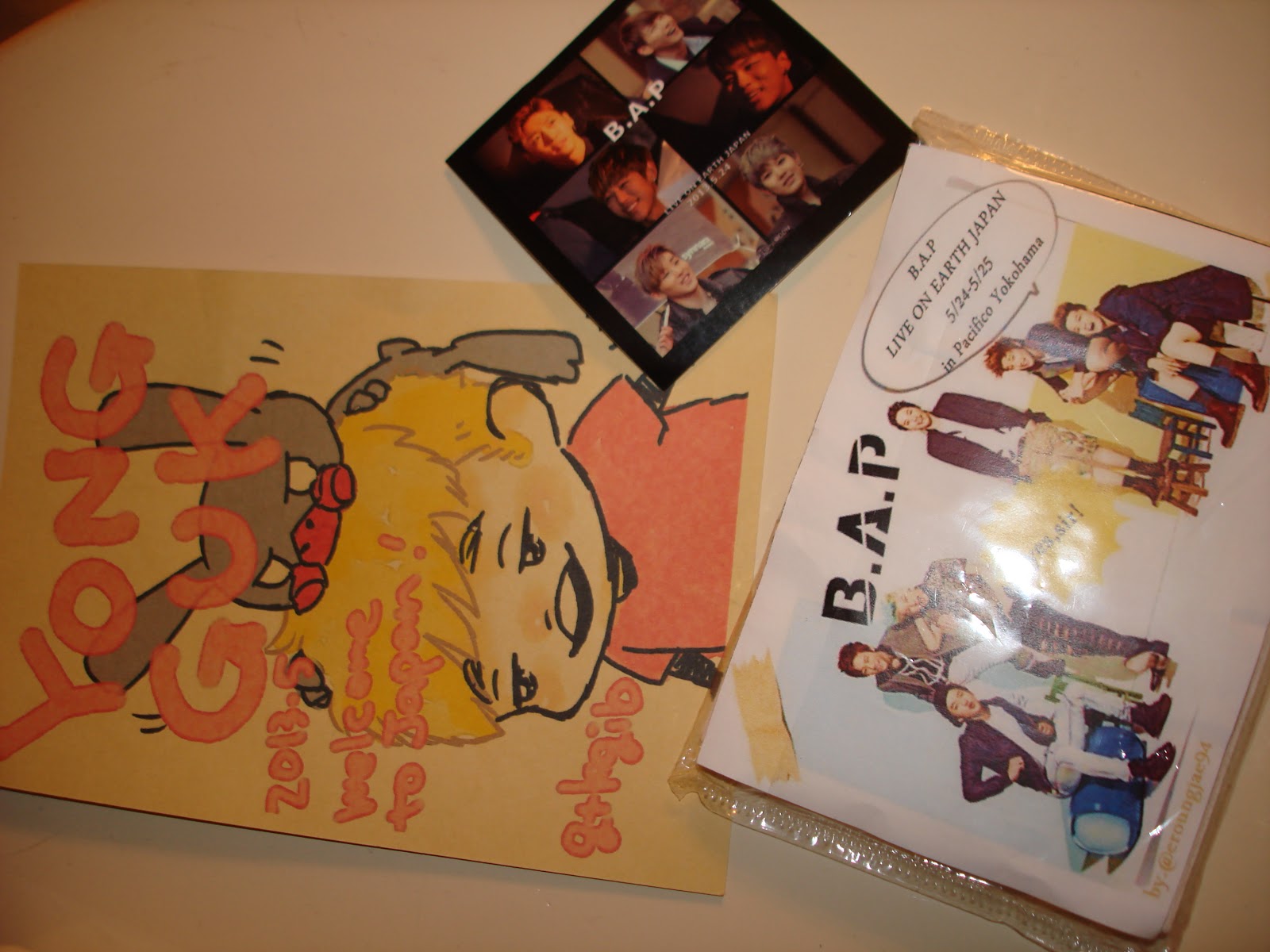 Some fan made goods people were passing out before the show

First off, hi, I'm Nicole, one of the Japanese translators for BYS :3 Thanks to everyone who came and signed our banner and gave to the Tiger Fund! It was great meeting everyone and I hope to see a lot of you tomorrow too! Also very happy someone came and said "Nam mean" to claim their BYS shirt!

This is my fan account of the first day at LOE Japan at Yokohama, but unfortunately they were SUPER strict with cameras. While I had the good luck to sneak mine in, I had the worst luck to be seated in an area where there were several angry security guards staring us down the whole show. So maybe fan cams tomorrow...

The set list was the same for the Live on Earth US shows, so I'll talk about the parts that stood out the most and some other highlights plus what I remember about each member. I won't lie though, I'm Yongguk's my bias so while I love them all and enjoyed every minute of the show, I kept staring at Yongguk like the creep I am. So if I seem Yongguk biased here...well, I am lol.

* Himchan was the mc for the most part, there were moments he obviously needed to read off a script he had on stage, but he was a really good mc! He also took a lot of pictures of the crowd during the encore.

* YoungJae surprised me with how fluent he seems! He sounded very natural and could joke very easily in Japanese. Besides Himchan, he was speaking the most. He also teased us saying they were getting ready for their Japanese debut.

* Daehyun added cute little bits, but didn't speak much. Himchan got stuck for what he wanted to say, and Daehyun cut in asking "Are you really ok?!" and then he smiled and killed us all. He seemed to get the loudest screams, even though all members got very avid cheers, Daehyun's just seemed a tad louder haha.

* Zelo spoke some English, I don't remember him speaking much Japanese. He was still very energetic and seemed to be having fun. He really is a giant though, holy, he's so tall.

* Jongup like flat out refused to speak Japanese haha. He was smiling and obviously having fun though, as they were being lowered offstage, he started giggling and wiggling so he looked like some sort of seaweed as he was being lowered down.

* Yongguk. Uh, Yongguk. He spoke a lot of English, which was great for me, but the Japanese crowd was kind of like "Sexy clap, what?" He seemed a bit stiff and nervous the first half of the concert too. He did his little Terminator thumbs-up thing as he was lowered off stage before the encore.

These were for the most part the same, with a few minor changes (and obviously they were in Japanese this time)

* Yongguk: They'd added "Easy going" to replace "sports fanatic." HE SANG IN ENGLISH and it was so good but also so painfully adorable.

* YoungJae: They'd added "Sexy dance" and he did a little Michael Jackson crotch-grab dance for his intro.

* Himchan: I'm pretty sure his was pretty much the same, he did an impression of Yongguk.

* Daehyun: He actually didn't do his high notes even though it was in his info, he tried doing a fast rap and failed horribly, but was very cute.

* Jongup: I think they reworded his a bit, but he also did his own "Sexy dance." He adjusted his jacket so I thought he would show his abs, but he didn't. When he went up to the outline though, me and everyone around me kind of went "Chicha!" ("He's tiny!").

* Zelo: They'd added "Cute poses are his specialty" so he did a really cute pose by laying on his stomach and resting his face in his hands. The members asked for one more and he didn't know what to do so he laid down but looked more like he was doing a "My body is ready" pose.

They were all amazing, these were the ones that stuck out a little bit more.

* I Remember (acoustic): This song...It's just too beautiful, Daehyun and Yongguk were perfect and set such a wonderful mood.

* Secret Love: Did Himchan sing this much in the US?! Holy! He sang the majority of parts in this song, and he did an amazing job! It was such a good performance! I think it was this song Jongup did a lot of the rap parts and they also sounded really good!

* I Believe I can Fly (YoungJae and Daehyun duet): Perfection. Seriously.

* Never Give Up: Zelo and Jong Up looked SO HAPPY. They were adorable, Jong Up was grinning like a kid and they had such good energy together.

* Sexy Clap: Okay, I love the DJ intro and I obsessively watched fancams of this performance from LOE US, but they seemed almost scared to...y'know, "Sexy Clap." It was still one of my favorites, but Yongguk and Himchan seemed a bit tense.

* One Shot: This was one of my favorites but I was screaming so hard I can hardly remember it lol.

* Punch: Man I hate Zelo. He finished his rap and did this terrible, aggressive hip thrust that killed all the noona fans. I really love the choreo for this song though! Their little boxing matches with the dancers and each other are very cute. I mean, very manly. MANLY.

* Power: I. LOVED. THIS. It was from this song that all the members really seemed to loosen up, so they were not only giving it their all but adding their own personality to the choreo. Jongup kind of made me laugh because everyone was doing their bad ass moves and then there's Moon Jong Up spinning around in a corner of the stage by himself.  And holy, Yongguk was like bent double dancing he was going at it so hard. Such amazing energy, it was so much fun to watch.

* Rain Sound: YoungJae and Daehyun's voices are just too amazing.

* My First Kiss: This performance needs to be made illegal or something haha. Yongguk was especially bad for body waves and thrusting during this song, he came to the middle of the stage, shrugged his jacket off to show his shoulders and made a bunch of "Unf" faces. Daehyun went up to the cameras like he was going to kiss it but at the last moment turned away and waved his finger "no" because he's secretly a huge jerk (kidding, don't kill me). I think at this point Jongup, Youngjae and Deahyun were sleeveless.

* Goodbye: Zelo and Yongguk both took turns sitting at the edge if the stage.

They all just had fun during the last songs. Himchan kept touching Zelo's face, there were some HimUp moments with arms around the shoulders, and they all looked super happy. Zelo had taken some fan signs and was fanning himself like a diva as he walked off stage. Yongguk also seemed pretty hyper, he was dancing around and grinning his gummy smile.

AH-MAY-ZING. I have no complaints (other than the feeling it was a bit short, and I really wish they'd done Voice Message), and am so excited to see them again tomorrow. Right when they first came on stage, they had so much energy and charisma. It was really hard writing this since there was just so much that was incredible about the show that there are no words.

So I'll try harder tomorrow :3 Thanks for reading! I did some live tweeting tonight and may try tomorrow too, so you can check my twitter @ibniconico.